Somewhere in America, an army of pre-teen competitive dancers plots to take over the world. And if their new routine is good enough, they’ll claw their way to the top at Nationals in Tampa Bay. Winner of the 2017 Susan Smith Blackburn Prize, Dance Nation is play about ambition, growing up, and how to find our souls in the heat of it all. Learn more. | Subscribe.

An essential San Francisco story, The Daughters follows the 60 year journey of a community—from the first secret meeting of the first lesbian social club in San Francisco to closing night of the last lesbian bar. As women loving women gather in defiance of convention (and the law), they drink, debate, politicize, flirt, drink more, dance hard, make out, fall in love, break up, make history, and change the way the world thinks about the multi-dimensionality of female sexuality. The Daughters is a play about the transformation of identity, gender, and sexuality across generations in the queer epicenter of the universe. Learn more. | Subscribe.

Music and Lyrics by Tim Minchin

It’s February 2nd in Punxsutawney, PA, and a storm is coming. Phil Connors, a big-city weatherman, couldn’t be more frustrated to be to reporting on the small-town Groundhog Day Ceremony—until he finds himself reliving the same day over and over again. Stuck in an endless loop of arrogance and cynicism amongst the cheery townsfolk, Phil must learn to take advantage of his second, third, and fourth chances and break the cycle. Learn more. | Subscribe.

Bay Area Premiere based on the book by Cheryl Strayed

Adapted for the stage by Nia Vardalos

Based on the best-selling book by Cheryl Strayed, Tiny Beautiful Things follows Sugar, an online advice columnist who uses her personal experiences to help the real-life readers who pour their hearts out to her. Tiny Beautiful Things is a play about reaching when you’re stuck, healing when you’re broken, and finding the courage to take on the questions that have no answers. Tissues recommended. Learn more. | Subscribe.

In 1988, Bruce Springsteen played a legendary concert in East Germany and 300,000 people showed up. Born in East Berlin explores the ultimate juxtaposition between the freedom of a rock concert and the captivity of an oppressive government during the time of a great historical and cultural shift. Who will succeed and who will fail when the end of the Cold War backs up against the force of American rock and roll? Learn more. | Subscribe.

In a tiny factory in East L.A., five full-figured Latina employees work to deliver an impossible order. As the threat of deportation and cultural pressures mount, the women must navigate issues of self-image while uniting to achieve their goals. Real Women Have Curves is a microcosm of the Latina immigrant experience that celebrates real women’s bodies, the power of women, and the incredible bond that happens when women work together. Learn more. | Subscribe.

A serious career-oriented doctor, Lane, has hired a quirky Brazilian maid named Matilde. There’s just one problem: Matilde, an aspiring comedienne, would much rather be telling jokes than mopping floors. When Lane is deserted by her husband, she must turn to the women in her life to help her put things back together. Winner of the 2004 Susan Smith Blackburn Prize and a Pulitzer finalist, The Clean House reminds us that there is humor and beauty to be found in life’s most unlikely messes. Learn more. | Subscribe.

It’s 1971, and theatrical impresario Dimitri Weissmann is hosting a reunion of ex-Follies performers in his crumbling theatre. The artists gather for one last time, reminiscing about the past and contemplating their future, before the theater dims its lights for good. A true theatrical event, this legendary masterpiece is considered by many to be the greatest musical ever created. Surreal, sophisticated, compelling, heart wrenching and epic in scope, Follies uses the musical theatre as a metaphor for the collapse of American innocence and naivete in the post-Kennedy years. Learn more. | Subscribe.

Where do your posts go when you die? A cutting-edge chatbot unintentionally becomes a digital monument when one of its creators dies unexpectedly, leaving his loved ones to argue over ownership of the digital remains – and their own grief. Primary User is a millennial ghost story and an examination of disconnection and grief in the age of loneliness. Learn more. | Subscribe. 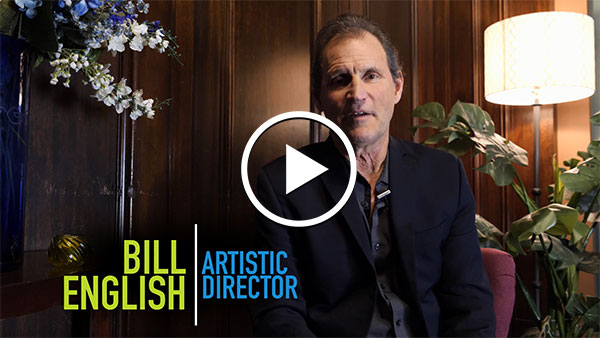