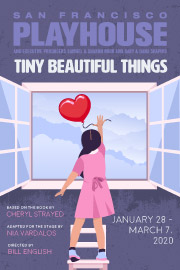 Based on the book by Cheryl Strayed

Adapted for the stage by Nia Vardalos

“A great reminder that we’re not so alone after all.” – San Francisco Chronicle

“Susi Damilano is nothing short of stunningly brilliant.” – Theatre Eddys

Based on the acclaimed book by Cheryl Strayed (author of the best-selling Wild), Tiny Beautiful Things follows Sugar, an online advice columnist who uses her personal experiences to help the real-life readers who pour their hearts out to her. Tiny Beautiful Things is a play about reaching when you’re stuck, healing when you’re broken, and finding the courage to take on the questions that have no answers. Tissues recommended. 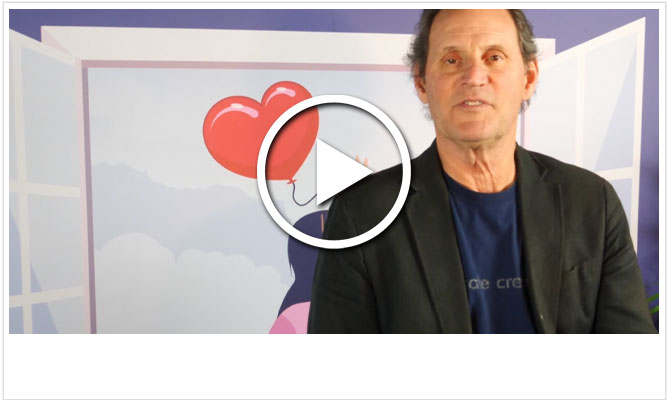 Cheryl Strayed is the author of the #1 New York Times bestselling memoir Wild, the New York Times bestsellers Tiny Beautiful Things and Brave Enough, and the novel Torch. Wild was chosen by Oprah Winfrey as her first selection for Oprah’s Book Club 2.0. Strayed’s books have been translated into nearly forty languages around the world and have been adapted for both the screen and the stage.

Nia Vardalos wrote and starred in My Big Fat Greek Wedding which earned her an Academy Award nomination for Best Original Screenplay, a Golden Globe nomination for Best Actress in a Motion Picture Musical or Comedy, and an Independent Spirit Award and People’s Choice Award. Stage credits include originating the role of Sugar in The Public Theater’s Tiny Beautiful Things, directed by Thomas Kail, Jennie in Theatre20’s Company, directed by Gary Griffin, and writer and actor of twelve The Second City’s revues (Chicago’s Jeff Award winner, Best Actress.) Writing and acting film and television credits include Helicopter Mom, My Big Fat Greek Wedding 2, Larry Crowne, Connie and Carla, I Hate Valentine’s Day, My Life in Ruins; Jane the Virgin; Law and Order: SVU, and Crazy Ex-Girlfriend. Vardalos is the New York Times bestselling author of Instant Mom, the story of adopting her daughter via foster care, and all proceeds are donated to adoption groups.