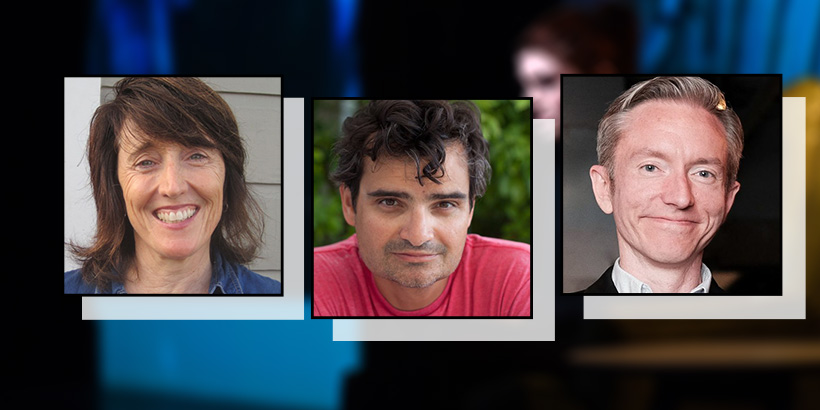 “Theatre is a tool that we use for entertainment but also for creating change and growth,” said Bill English, Artistic Director. “Growth comes only through reflection and adaptation. On both a societal and personal level, we are able to draw from collective and individual past experiences and behaviors to learn and create positive change. The plays we have selected for our 2019-20 Sandbox Season are stories that emphasize the power of historical and personal pasts to shape our understanding of the present and prepare us for the future.”

An essential San Francisco story, The Daughters follows the 60 year journey of a community—from the first secret meeting of the first lesbian social club in San Francisco to closing night of the last lesbian bar. As women loving women gather in defiance of convention (and the law), they drink, debate, politicize, flirt, drink more, dance hard, make out, fall in love, break up, make history, and change the way the world thinks about the multi-dimensionality of female sexuality. The Daughters is a play about the transformation of identity, gender, and sexuality across generations in the queer epicenter of the universe.

In 1988, Bruce Springsteen played a legendary concert in East Germany and 300,000 people showed up. Born in East Berlin explores the ultimate juxtaposition between the freedom of a rock concert and the captivity of an oppressive government during the time of a great historical and cultural shift. Who will succeed and who will fail when the end of the Cold War backs up against the force of American rock and roll?

Where do your posts go when you die? A cutting-edge chatbot unintentionally becomes a digital monument when one of its creators dies unexpectedly, leaving his loved ones to argue over ownership of the digital remains – and their own grief. Primary User is a millennial ghost story and an examination of disconnection and grief in the age of loneliness.

About the Sandbox Series

The Sandbox Series is the crown jewel of San Francisco Playhouse’s new works program, which also includes a dedicated commitment to commissioning new plays. This commitment to new works in the Sandbox Series has been honored by grants from the National Endowment for the Arts and the American Theatre Wing, The Zellerbach Foundation, The Tournesol Foundation, The Ziller Foundation, The Hewlett and Gerbode Foundations, The Rainin Foundation and the Wattis Foundation. The only subscription series in Northern California exclusively dedicated to world premieres, the Sandbox Series is designed to bridge the gap between staged readings and Mainstage productions. Combined with top-notch directors and actors but with limited design elements, it gives new voices in American theater a chance to be heard while reducing the theatre’s financial risk. The series has achieved significant critical and commercial success: Sandbox plays have won two Will Glickman Awards in the past four years; the Sandbox smash hit Ideation recently completed a successful Off-Broadway engagement in New York City; and George Brant’s Grounded went on to international acclaim after its Sandbox premiere.

Founded by Bill English and Susi Damilano in 2003, San Francisco Playhouse has been described by the New York Times as “a company that stages some of the most consistently high-quality work around,” and deemed “ever adventurous” by the Bay Area News Group. Located in the heart of the Union Square Theater District, San Francisco Playhouse is the city’s premier Off-Broadway-style theatre company, an intimate alternative to the larger more traditional Union Square theater fare. San Francisco Playhouse provides audiences the opportunity to experience professional theater with top-notch actors and world-class design in a setting where they are close to the action. The company has received multiple awards for overall productions, acting, and design, including the SF Weekly Best Theatre Award and the Bay Guardian’s Best Off-Broadway Theatre Award, as well as three consecutive Bay Area Theatre Critics Circle Awards for Best Entire Production in the Bay Area (2016-2018). KQED/NPR recently described the company: “San Francisco Playhouse is one of the few theaters in the Bay Area that has a mission that actually shows up on stage. Artistic director Bill English’s commitment to empathy as a guiding philosophical and aesthetic force is admirable and by living that mission, fascinating things happen onstage.” San Francisco Playhouse is committed to providing a creative home and inspiring environment where actors, directors, writers, designers, and theater lovers converge to create and experience dramatic works that celebrate the human spirit.

Season Subscriptions are available immediately online at www.sfplayhouse.org, or by calling the box office at 415-677-9596. Subscription packages include tickets to all three world premieres, and cost $60. Single tickets ($30 – $50) will go on sale to the public on July 1, 2019.

Good Morning:
I currently usher at the San Francisco Playhouse, main-stage and am interested in also ushering for your Sandbox Series?
Could you please add my name to your volunteer sign-up sheet?