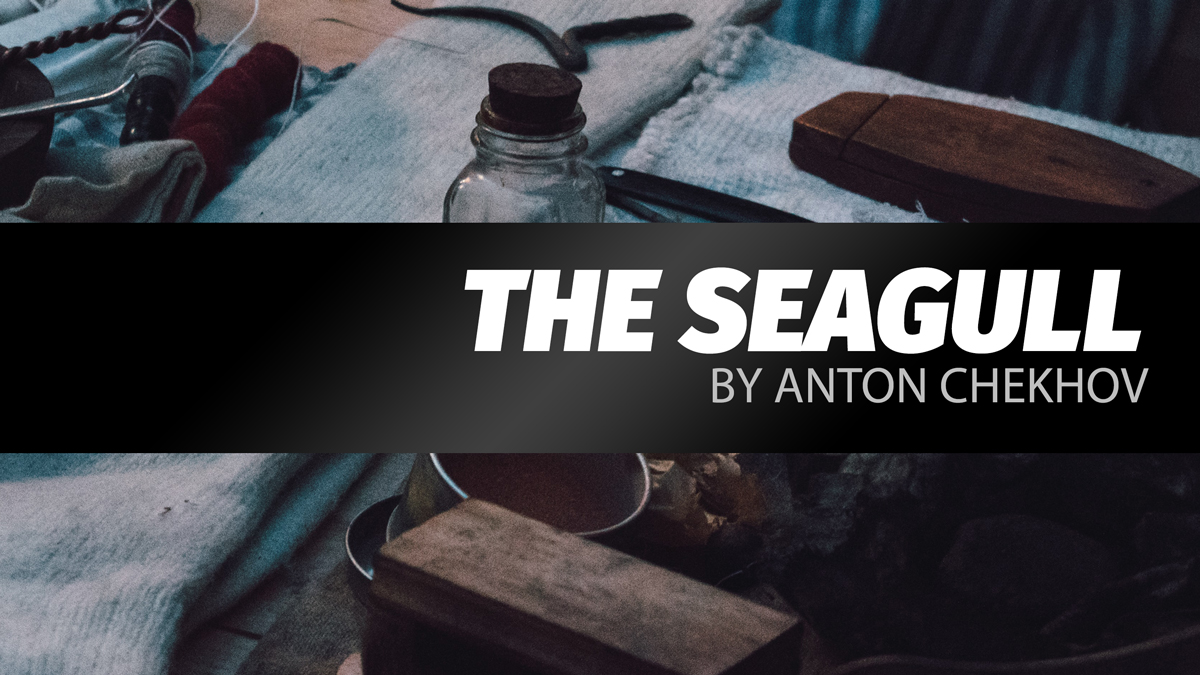 The Seagull by Anton Chekhov – Zoomlet

A scene from the 1895 Russian Classic, Konstantin Gavrilovich Treplev has attempted suicide by shooting himself in the head, yet he fails to kill himself instead leaving behind a nasty wound. Konstantin asks his mother Irina Nikolayevna Arkadina to change his bandage in an attempt to heal the wound in their relationship.

Anton Chekhov
Anton Chekhov, (born January 29, 1860 – died July 14/15, 1904,), Russian playwright and master of the modern short story. He was a literary artist of laconic precision who probed below the surface of life, laying bare the secret motives of his characters. Chekhov’s best plays and short stories lack complex plots and neat solutions. Concentrating on apparent trivialities, they create a special kind of atmosphere, sometimes termed haunting or lyrical. Chekhov described the Russian life of his time using a deceptively simple technique devoid of obtrusive literary devices, and he is regarded as the outstanding representative of the late 19th-century Russian realist school. (Credit: Ronald Francis Hingley, https://www.britannica.com/)

Paul Schmidt
Paul Schmidt, (born 1934 – died February 19, 1999) a librettist, translator, poet, teacher and actor who collaborated with many major avant-garde theater artists. Mr. Schmidt was known best for translating the complete works of Rimbaud and the plays of Chekhov. He also devoted many years to translating the complete works of Velemir Khlebnikov, a little-known Russian poet who died of malnutrition in 1922 at age 37. A production of Khlebnikov’s play ”Zangezi,” first seen in Los Angeles in 1986 and directed by Peter Sellars (it was later staged at the Brooklyn Academy of Music) was one of Mr. Schmidt’s several notable collaborations with leading experimental directors. (Credit: Stephen Holden, The New York Times)

Gretchen Egolf
Broadway: Jackie (also in the West End); Ring Round the Moon (Lincoln Center On Broadway). Off Broadway: new plays at The Vineyard, Second Stage, Women’s Project, The Flea. Off West End: The Autumn Garden (Jermyn Street Theatre).  Regional theater: Hannah in Arcadia (director Carey Perloff, ACT); Blanche in A Streetcar Named Desire (Guthrie Theater); Constance in The Constant Wife (Denver Center); Olivia in Twelfth Night; Rosalind in As You Like It; Candida in Candida (all at Pittsburgh Public), Amanda in Private Lives (along with several others at Barrington Stage); Emma in Betrayal (Huntington); among many others.  TV:  Pennyworth; Silent Witness; State of the Union (series 2, upcoming); Doctor Who; The Good Wife; Elementary; CSI Miami; NCIS; Roswell; Law and Order; SVU; Criminal Minds; Journeyman; Martial Law; among others.  Film:  The Son (upcoming); The Talented Mr. Ripley; Quiz Show; The Namesake; Training: Juilliard.

Albert Rubio
Albert Rubio is a Seattle based actor, teaching artist, and is also in charge of recruitment for the Departments of Theater and Performance Production at Cornish College of the Arts. Favorite roles include Fred (A Christmas Carol – A.C.T.), Orgon (Tartuffe – SRT), and Ricardo (Jaded – webseries). His current passion project is an in-process anthology titled, Stories From My Youth. This anthology chronicles the lives of LGBTQ+ individuals and allies affected by the AIDS Epidemic. Albert works with living survivors and chronicles their stories, eventually distilling them into 30 min solo pieces. Soon, Albert will begin rehearsals for Ghosts at Seattle Rep, in the role of Oswald. Albert is a proud graduate of the American Conservatory Theatre MFA Actor Training Program, and the University of Evansville where he received his BFA in Theatre: Performance.