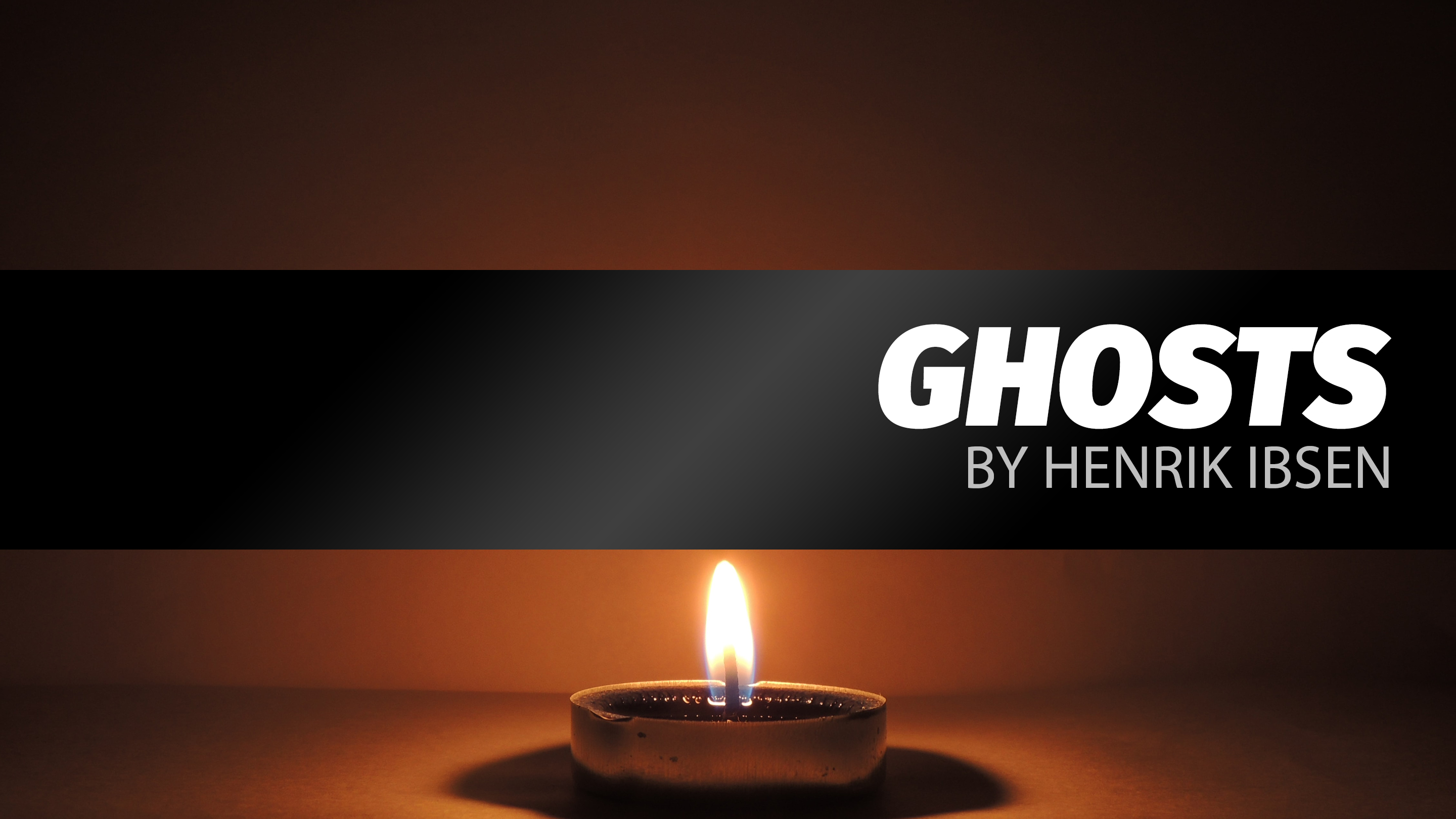 An excerpt from the 1881 Danish Classic, Oswald reveals an important secret to his mother about his recent prognosis.

Henrik Ibsen
Henrik Ibsen (1828 – 1906) born in Norway, is often considered a founder of modernism in theatre and deemed the “father of realism.” Ibsen is one of the most influential playwrights of his time and his works remain relevant today. His major works include Ghosts, A Doll’s House, Hedda Gabler, The Master Builder, The Wild Duck, Peer Gynt, Brand, Emperor and Galilean, When We Dead Awaken, An Enemy of the People, and Rosmersholm.

Paul Walsh
Paul Walsh is Professor of Dramaturgy and Dramatic Criticism at the Yale School of Drama. For nine years (1996-2005), Walsh was resident Dramaturg and Director of Humanities at American Conservatory Theater in San Francisco, where he collaborated on dozens of productions, including his own translations of August Strindberg’s Creditors (1992), and Henrik Ibsen’s A Doll’s House (2004) and Hedda Gabler (2007). His translation of Ibsen’s The Master Builder was produced to critical and popular acclaim in 2005 by the Aurora Theatre Company in Berkeley, and in a revised version at Yale Repertory Theatre (2009) and People’s Light and Theater (2011). From 2006 to 2012, Walsh served as Artistic Director of the New Harmony Project, a new play development residency program dedicated to serving writers who celebrate hope and the resiliency of the human spirit. Walsh serves on the Board of Directors of the Ibsen Society of America and on the Advisory Board of The Mercurian, a theatrical translation review.

Mary Elizabeth Mastrantonio
Mary Elizabeth Mastrantonio first came to attention for her role opposite Al Pacino in Brian DePalma’s Scarface and followed with her Oscar nominated performance in Martin Scorsese’s The Color of Money. She is also well known for her roles in films such as The Abyss, Robin Hood: Prince of Thieves, and The Perfect Storm. Her select television credits include Netflix’s The Punisher, NBC’s “Law & Order: Criminal Intent,” NBC’s “Grimm,” CBS’s “Limitless,” and NBC’s “Blindspot.” Mastrantonio has starred on Broadway in West Side Story, Amadeus, Copperfield, The Human Comedy, The Marriage of Figaro, and the revival of Man of La Mancha opposite Brian Stokes Mitchell, for which she received a Tony Award nomination. She was last seen on Broadway in the revival of The Winslow Boy opposite Roger Rees. For the New York Shakespeare Festival, she has starred in productions of Henry V, Measure for Measure, and Twelfth Night, earning multiple Drama Desk Award nominations for her off-Broadway work. She also starred on stage in London in Grand Hotel at the Donmar Warehouse and in A View from the Bridge at the Duke of York’s Theatre. She resides in New York.

Albert Rubio
Albert Rubio is a Seattle based actor, teaching artist, and is also in charge of recruitment for the Departments of Theater and Performance Production at Cornish College of the Arts. Favorite roles include Fred (A Christmas Carol – A.C.T.), Orgon (Tartuffe – SRT), and Ricardo (Jaded – webseries). His current passion project is an in-process anthology titled, Stories From My Youth. This anthology chronicles the lives of LGBTQ+ individuals and allies affected by the AIDS Epidemic. Albert works with living survivors and chronicles their stories, eventually distilling them into 30 min solo pieces. Soon, Albert will begin rehearsals for Ghosts at Seattle Rep, in the role of Oswald. Albert is a proud graduate of the American Conservatory Theatre MFA Actor Training Program, and the University of Evansville where he received his BFA in Theatre: Performance.