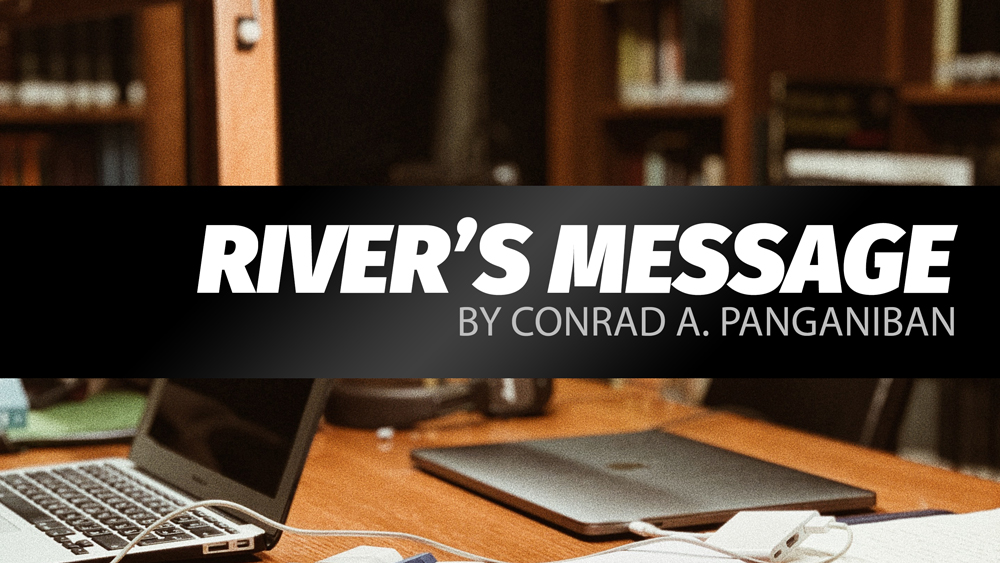 By Conrad A. Panganiban
Directed by Jeffrey Lo
A San Francisco Playhouse Zoomlet

On the eve of their University’s Final Examinations, Kennedy creates a Facebook App to help her best friend, River, communicate with her mom who has recently passed away. River’s Message explores the line between life and death over a Wi-Fi connection.

Jeffrey Lo
Jeffrey Lo is a Filipino-American playwright and director based in the Bay Area. He is the recipient of the Leigh Weimers Emerging Artist Award, the Emerging Artist Laureate by Arts Council Silicon Valley and Theatre Bay Area Director’s TITAN Award. Selected directing credits include The Language Archive and The Santaland Diaries at TheatreWorks Silicon Valley, Vietgone at Capital Stage, A Doll’s House, Part 2 and Eurydice at Palo Alto Players (TBA Awards finalist for Best Direction), Peter and the Starcatcher and Noises Off at Hillbarn Theatre, The Grapes of Wrath, The Crucible and Yellow Face at Los Altos Stage Company and Uncle Vanya at the Pear Theatre (BATCC award for Best Production). As a playwright, his plays have been produced and workshopped at TheatreWorks Silicon Valley, The BindleStiff Studio, City Lights Theatre Company and Custom Made Theatre Company. His play Writing Fragments Home was a finalist for the Bay Area Playwright’s Conference and a semi-finalist for the O’Neill Playwright’s Conference. Jeffrey has also worked with the Oregon Shakespeare Festival, The Asian American International Film Festival, San Jose Repertory and is a company member of Ferocious Lotus Theatre Company and SF Playground. In addition to his work in theatre he works as an educator and advocate for issues of Equity, Diversity and Inclusion and has served as a grant panelist for the Zellerbach Family Foundation, Silicon Valley Creates and Theatre Bay Area. He is the Director Community Partnerships and Casting Director at the Tony Award Winning TheatreWorks Silicon Valley, a graduate of the Multicultural Arts Leadership Institute and a proud alumnus of the UC Irvine Drama Department. Jeffrey is also a founding member of OUR DIGITAL STORIES, for more info www.OurDigitalStories.org.

Adrienne Kaori Walters as River
Adrienne Kaori Walters is thrilled to be joining the Zoomlet reading of River’s Message with SF Playhouse. Past credits: Emma in The Language Archive (TheatreWorks) Molly Aster in Peter and the Starcatcher (TheatreWorks), Blasted (Shotgun Players), Our Practical Heaven (Aurora Theatre), Spring Awakening (Center REP), and Beneath the Tall Tree (TheatreFIRST) where she made her playwriting debut alongside Jeffrey Lo. She has a BA in Anthropology, a minor in Classics, and practices archaeology abroad. Love to her mom, Marshall, Hana, Drew, and baby Teagan, and as always for dad and Brian. Proud member of Actor’s Equity Association. More info at www.adriennewalters.com