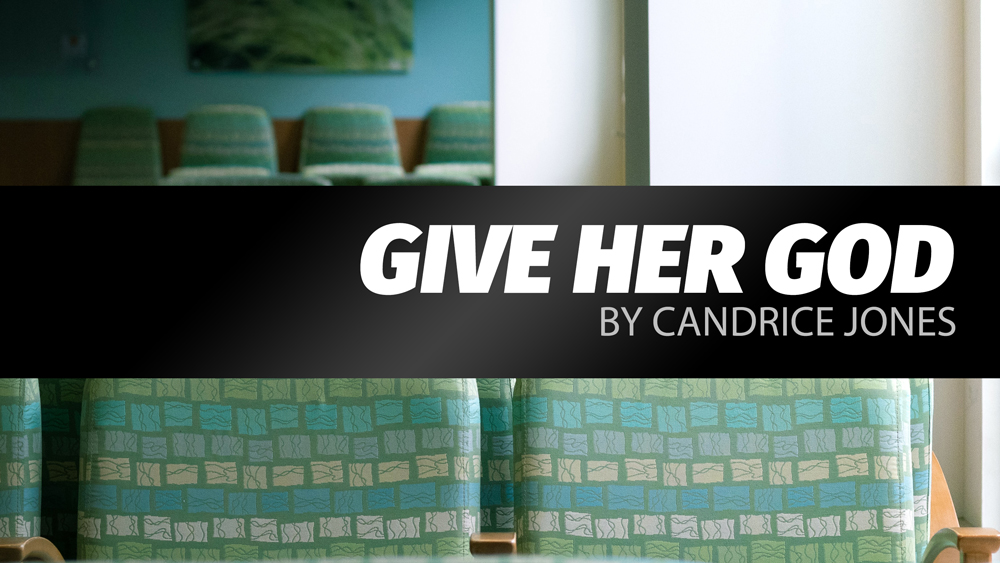 Nisha and Teen, two Black women bound by their friendship to Amber who is dying of cancer, must reckon with racism that rears its ugly head on their friend’s death bed.

Candrice Jones
Candrice Jones is a playwright, poet and educator from Dermott, Arkansas.  In 2020, her play FLEX, was scheduled to be produced at Actor’s Theater of Louisville’s Humana Festival of New Plays, but was cancelled due to COVID. Residencies: 2018 The Ground Floor at Berkeley Rep (FLEX), 2019 Bay Area Playwrights Festival (FLEX). Additional Credits: Jones received an M.F.A. in Critical Studies from California Institute of the Arts. She is a 2019 MacDowell Colony Fellow and Many Voices Fellow. Currently, she is a Jerome Fellow at the Playwrights’ Center in Minneapolis, MN. Recently she was given the honor of being named a 2020 Steinberg Playwright. She working on several projects including a development of her play A Medusa Thread with UC Santa Cruz’s Launchpad Series. Her primary goal is to write plays that serve as love letters to womyn of the American South.

Elizabeth Carter
Elizabeth Carter most recently dove deep into King Lear with SF Shakespeare Festival. She had the great pleasure of directing Bondage for Alter Theatre. Since then she has directed Every 28 Hours Plays and A Place To Belong for ACT, for colored girls who have considered suicide / when the rainbow is enuf for African American Shakespeare Company, From the Ground Up, Participants and Just One Day for TheatreFirst. She has directed for the California Shakespeare Theater Conservatory for nearly 20 years including Richard III, The Winter’s Tale, As You Like It, The Tempest, Macbeth, and Much Ado About Nothing. While Managing Director of Oakland Public Theater she directed Motherlove by August Strindberg. Currently she is Assistant Director of the Theatre Dept. at Ruth Asawa School of the Arts in San Francisco where she most recently directed Abraham Lincoln’s Big Gay Dance Party. As an actor Elizabeth has appeared in numerous Bay Area theaters including California Shakespeare Theater, Marin Theatre Co., Aurora Theatre Co., SF Shakespeare Festival, The Magic Theatre, San Jose Stage, and TheatreWorks. She has been nominated for TBA award for The Convert at MTC and is a SFBATCCO award recipient for Trouble in Mind at the Aurora Theatre Co.

Tristan Cunningham as TEEN
Tristan Cunningham “turns in a tour de force of portraits” as quoted by the San Francisco Chronicle. “Cunningham steps so fully into each character that with each snap of a transformation you hold your breath, as if observing a magic trick”, SFGate. She has won the 2016 TBA Outstanding Performance Award and the 2016 BATCC Excellence in Theater Award. Her Bay Area credits include: California Shakespeare Theater, Aurora Theater, SF Playhouse, Marin Shakespeare Company and more. Most recently she was in Season 2 of Family Reunion on Netflix, Season 1 of All Rise on CBS, and she will be in Season 1 of The Fugitive starring Kiefer Sutherland on Quibi TV. She is also featured in television shows Lethal Weapon, Solve, and Bit.

Luisa Frasconi as AMBER
Luisa was most recently seen as Isabella in Measure for Measure at Marin Shakespeare Company; where favorites include Three Musketeers, Othello, Romeo & Juliet, and A Midsummer Night’s Dream. Other selected Bay Area credits include the world premiere of Cow Pie Bingo at Alter Theatre, White at Shotgun Players, The Liar at Livermore Shakespeare Festival, Mechanics of Love at Crowded Fire Theatre and Detroit at Aurora Theatre Company.  Thanks to her two tiny kids, who lend their Mama to the theatre.

Akilah A. Walker as NISHA
Akilah A. Walker is a classically trained actress and filmmaker who is moved by transformation, collaboration and nuanced storytelling that explores the lives of women and people of color. Akilah was most recently seen in the highly selective 2020 ABC Discovers Talent Digital Showcase. Akilah played Paulina in Berkeley Repertory Theatre’s 2020 production, School Girls: or The African Mean Girls Play that had a digital run on BroadwayHD.com. Originally from Atlanta, GA, Akilah is a graduate of American Conservatory Theater (MFA, Acting), and is also a proud alumnus of Fordham University (BA, Theatre). Selected roles: Bunny in Detroit ’67, Lady M in Macbeth, Gremio in Taming of the Shrew & Lincoln in TopDog/UnderDog. www.akilahwalker.com IG/Twitter: @Akthewayy