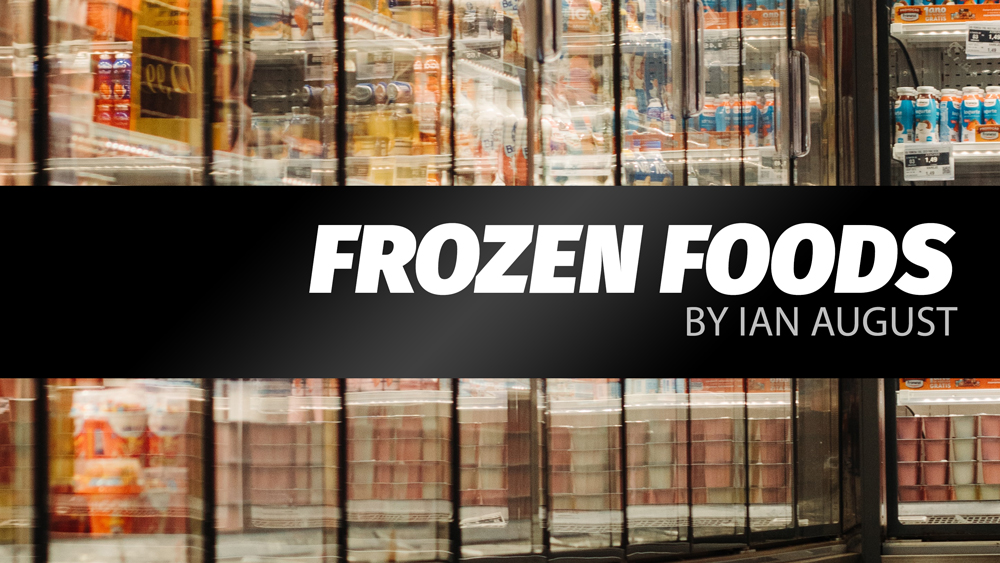 Linda finds Carol in the middle of the frozen foods aisle of the Superfood Market having an existential crisis. Can she snap her friend out of it or will she be sucked into the never-ending cycle of despair?

Ian August
Ian August is a NJ based playwright and lyricist, whose works have been performed across the U.S., as well as in Canada, Australia, the UK, South Korea and Bermuda. His plays have been developed at the Powerhouse Theatre Festival (Vassar / New York Stage and Film), the Great Plains Theatre Conference, Ashland New Plays Festival, Red Mountain Theatre Company, Orlando Shakespeare Theatre, New Jersey Repertory Company, Wordsmyth Theatre Company, the Garry Marshall Theatre, UC Davis Dept. of Theatre and Dance, the Philadelphia Artists Collective, the Williamstown Theatre Festival, the NY, Philly, and Edinburgh Fringe Festivals, and elsewhere. Mr. August is a founding member of the Princeton-based playwright collective, The Witherspoon Circle, and a graduated member of PlayPenn’s playwriting lab, The Foundry. Several of his short plays have been published by Sam French Inc., Smith and Kraus Publishing, the One-Act Play Depot, and Pipeline / Applause Books. He was a 2019 Playwright in Residence at the William Inge Center for the Arts in Independence, Kansas, and graduate of Goddard College’s Creative Writing MFA Program. He will begin teaching Playwriting at Stockton University in Stockton, NJ, in Spring 2021. Mr. August lives at a boarding school with one husband, two cats, and forty-six teenage daughters.

Michael Moran
Born and raised in the East Bay, Michael Socrates Moran is an actor, director, and the Executive Director and Co-Founder of the award winning, Oakland Theater Project. With a BFA from Boston University and an MFA from UCSD in Directing, Michael Moran has led the Oakland Theater Project to produce over 36 productions all across Oakland in non-traditional sites, personally directing 22 of them, including world premiers by some of the most celebrated playwrights in America. The San Francisco Chronicle hails the Oakland Theater Project as “one of the most exciting young theater companies in the Bay Area in recent years.” The Oakland Theater Project is the winner of the Theatre Bay Area’s Best Production in 2015, the San Francisco Bay Area Theater Critics Circle Best Production in the East Bay in 2016 and SFBATCC winner for best overall production in the entire Bay Area in 2017. Favorite directing credits include: West Coast Premiere Dance of the Holy Ghosts by Marcus Gardley, World Premiere Pool of Unknown Wonders by Philip Kan Gotanda, West Coast Premiere TO THE BONE by Lisa Ramirez, Hamlet, in which he both starred and directed, by William Shakespeare, Grapes of Wrath by Frank Galati and Death of a Salesman by Arthur Miller.