From the Empathy Gym | The Tortured Artist

During eleven days in March 2016, San Francisco Playhouse opened three shows on two different coasts.  “Ideation” in New York, “Colossal” on our Main Stage, and “On Clover Road” in the Sandbox. Whew!  So tired!  But recovering today, I found myself remembering a time when such an achievement would have been unthinkable for me.  When I could never have tolerated creating and sustaining that much art.

The first show I directed, some twenty years ago, was “In the Boom-Boom Room” by David Rabe.  I also designed the set. I tortured myself over this emotionally wrenching script, re-reading it dozens of times. I identified with the leading character to such a degree that I wept for hours over her fate. I woke up in an utter panic most every night of the final week before opening, in cold sweats, convinced I was having a heart attack.

After the show opened, the cast bought me a massage; that is how obvious it was that I needed to relax. I was incapable of directing another play for an entire year, and looking back, I believe that the Boom-Boom Room experience may have led to the beginning of the end of my marriage to someone who, unable to relate to an artist in the grip of total obsession, was convinced that I did not love her as much as I loved the theatre. To her and to myself, I was a tortured artist.

Acting provided me no better refuge than directing. I was the type of actor who would become so devoted to the character, that I would take him home with me, whether it was mad, tormented Shannon from “Night of the Iguana” or the murderer Edmond from the David Mamet thriller of the same name. I would walk around the city “being” the character whose venom could take itself out on helpless store clerks and telephone service agents. And woe to the hapless companion who unwittingly invited these twisted characters into her home. I remember once, after dozens of hours trying to immerse myself in Shannon’s viselike dilemma, I somehow burrowed my way into his soul so deeply that his torment literally threw me onto the floor. Tortured.

Whether a playwright like Tennessee Williams, a director like Elia Kazan, or an actor like Marlon Brando, we have come to expect our artists to be obsessive and tortured, helplessly in the grip of the darkness where their art leads them.  We expect them to misbehave, screw up their lives and if they don’t self-destruct, cling precariously to the edges of sanity. But must it be this way?  How can we mine the heart of darkness and survive? 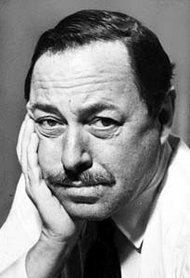 Empathy is an essential building block of dramatic art. We must identify with the struggles of our characters. We must feel what they feel, however painful, and yearn for what they yearn for, no matter how hopeless. Otherwise, we, as artists, will fail. However, most of us cannot maintain this emotionally deep level of empathy on a constant basis. Perhaps some saints can do it, but the rest of us cannot afford to feel for every living soul and still keep our grip on daily life. It’s like there is a valve in our brain that allows our capacity for empathy to flow through at an acceptable rate. When working in the theatre, artists, like my younger self, often open the valve all the way, flooding our emotional circuitry with a cascade of empathy. This overwhelming cascade can make us feel tortured because so much unfiltered empathy hurts. The artists whom we lose – the Robin Williams, the Phillip Seymour Hoffmans, the Heath Ledgers – have bravely opened the valve wide open for the sake of their art, but they seemingly become unable to shut it back down. They become overpowered by empathy.

Incredibly, I somehow managed to survive so much art, so much obsession, so much self-torture. I am one of the lucky ones.  Unlike the most gifted artists who have found their fingers unable to wrestle the slippery valve shut, I have been blessed out of dogged stubbornness to develop a stronger grip on the valve, or to find allies who could yank me out of the torrent. But perhaps what has most increased my capacity to endure constant work has been my eventual crucial understanding of the difference between empathy and compassion.

Empathy is essential to story-telling of any kind.  Compassion, however, allows us to stand aside from the raw experience of feeling with our creations.  Compassion takes empathy’s hand in his blind plunge into the black hole of pain, and can pull him out if he will let her. Standing firmly on the ground, compassion can lift the artist up and out of the fictional character to a place where his tears may still flow, but where the artist can learn that regardless of how deeply he cares about his creation, it is not he.

Knowing how deeply I myself have waded into the pain of imaginary beings, my heart breaks for the artists who have been lost forever in the torturous currents of unmitigated empathy . I can also understand why, in the face of such emotional toil, some artists, despite great talent and potential, abandon their artistic endeavors altogether in favor of living a more “normal” life. I feel lucky to have found a way to remain in the stream, a way to turn the valve back down by translating blinding empathy into clear-eyed compassion that helps us step aside from our creations and love them from a safe, emotionally separate place.

Thank you for your incredible words! As a struggling artist in Photography and art in general, the path of struggle and doubt is common. S.F. Playhouse has become my greatest inspiration and I am a avid evangelist for your works. Thank you for your dedication, sacrifice, and lonesome struggles at times. I am in great appreciation.

You got it right, Bill, as usual. Thanks for your peek into the abyss of emotion, from one who won’t get too close to the edge.

Your writing was very beautiful and as a psychotherapist for 30 years working 60 to 70 house per week,my valve was nearly broken I was also painting and studying mosaics which I have continued ..perhaps only a fellow artist can understand the passion and the commitment. Ipray you will continue your journey..with fond regards, melody

Beatiful article, Bill! I love your identification of empathy vs. compassion. And I also appreciate that you acknowledge both the overwhelming empathy that drives some too far and the “normal” life some end up needing to find the balance. Really fascinating and relevant read. Thank you!

Bill, absolutely brilliant analysis of the difference between compassion and empathy, as well as a fascinating view into what makes you tick- and your personal journey. I truly believe that we humans must cultivate both qualities, and understand on a molecular level these most important components of being human.
Congratulations on all that you all accomplish, and On Clover Road is just the latest example….I saw the show about a week ago, and I am still thinking about it.

Quite frankly, the single most narcissistic, masterbatory, egomaniacal peice of drivel that I’ve ever encountered. Cringe-inducing attempts, and failures, at profundity every paragraph-step of the way. Just when you think it can’t get any worse, the next self-referential, ego-aggrandizing, “Jim Jones”-like “cult of Bill” pearl of wisdom, or attempt thereat, comes flying at you. Wow. Wrong. So wrong. On a thousand levels. A little bit like Sally Field’s “You like me. You really like me” Oscar acceptance speech 35 years ago. And, like every actor, writer, & director in the room that evening, we cringe and sink deeper & deeper into our seats, thinking, “No, no, please God, no! Make her/him stop, please make it stop…” Oy-fucking-vay…..

BRILLIANT! Bill. .Thanks a lot. We cant wait to see you and Suzi end of June in SF !! Your Paris Fan Club, Gail and Merl Pugh