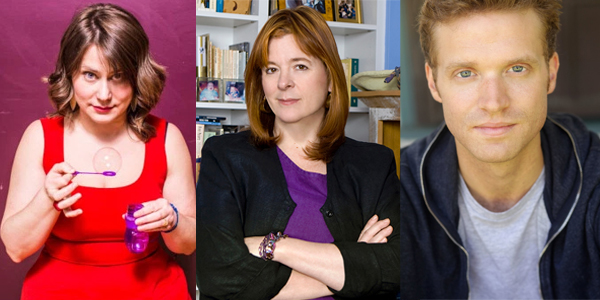 San Francisco Playhouse (Artistic Director Bill English; Producing Director Susi Damilano) expanded its commitment to developing new plays and nurturing the voices of active playwrights with the launch of a 5-Year Commission Program dedicated to the creation of 20 new plays over the next 5 years. This will elevate the Playhouse’s acclaimed New Play Program, now approaching its 10th season.

The impetus for the program is to provide more structure and long-range planning to the already robust but informal commission program which has produced such plays as Seared by Theresa Rebeck, Bauer by Lauren Gunderson, Pluto by Steve Yockey, and You Mean to Do Me Harm by Christopher Chen. The 5-Year Commission Program transforms the San Francisco Playhouse into a major incubator of original material that will enrich the Bay Area and national theater communities.

San Francisco Playhouse Board President Andrew Teufel expressed his support for this new program: “The magnitude and duration of our new commitment will help us accommodate highly accomplished and busy playwrights who require long development lead times while also allowing us to foster emerging playwrights who can benefit from a well-established company’s nurturing guidance.”

San Francisco Playhouse Artistic Director Bill English elaborated on the inspiration for this new program and its significance: “We believe that playwrights are the prophets of our time, blessed with sensitive antennae that, from the tumultuous roar of our culture, are able to pull down essential insights that can show us who we are and how we can cope with the times in which we live.” He continued, “Our commissions will be aimed at boldly addressing and posing insights on the social challenges of today.” 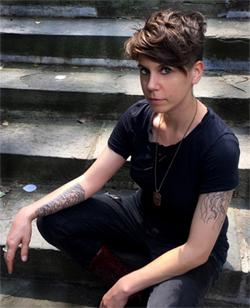 Bay Area-based playwright Lauren Gunderson, whose play Bauer was nurtured by San Francisco Playhouse prior to moving to a successful New York City Off-Broadway engagement, was thrilled to learn of the program: “This broad and brave new commissioning program from San Francisco Playhouse is such an exhilaration for Bay Area theatre and across the country. What a gift to the relevance and vibrancy of American theatre to see 20 new plays and musicals come to life at a company that nurtures new work with care and craft.”

The New Play Program at San Francisco Playhouse includes the Monthly Reading Series, the 3-play Sandbox Series of World Premieres, and the 5-Year Commission Program. The Playhouse’s commitment to new works has been honored by grants from the National Endowment for the Arts, The Edgerton Foundation, The Biller Foundation, The Zellerbach Foundation, The Hewlett and Gerbode Foundations and the American Theatre Wing. The program has achieved significant critical and commercial milestones: two Will Glickman Awards in the past four years; the Sandbox Series smash hit Ideation, which recently completed a successful Off-Broadway engagement in New York City; and George Brant’s Grounded, which went on to international acclaim after its Sandbox premiere.

Wowowowow this is great! we are soooo happy for you!!

How does one get considered for this (i.e., the Emerging Playwright category)?

How does one get considered for a spot in this program? It’s not clearly stated how one could get into the running? Would appreciate some sort of an answer. Thank you.

Congrats on being able to do this! I love your mix of commissioning plays from established to emerging playwrights — it is so important to recognize existing talent and nurture new talent! I’m really looking forward to seeing the results of these commissions!

How can I apply for your program? I’d like to submit my play LIBERTAIRE.
Community theatre production 2017 and 2018.

Logline and Reviews:
LIBERTAIRE is the story of the woman nobody wanted, and the two men fight for her; one to create her, the other to give her a home. One eats out of garbage cans, the other worries he’s as crazy as his locked up, lunatic brother—it is the untold story of Joseph Pulitzer, Auguste Bartholdi and Lady Liberty.

LIBERTAIRE, had it’s first production as a stage play in 2017. Back by popular demand, it was produced again April 2018. LIBERTAIRE is also an award winning screenplay, ten years in the making.
“This well-written play had more substance in it than most of the current theatrical plays or films. In a time where everything important loses its relevance if it does not lead to financial gains, plays like Libertaire remind us that there are ideas and values worth fighting for.”
Dimitris Sparos – Consul General of Greece

“LIBERTAIRE, the Play is a dazzling display of imagery, symbolism, music and talent. It moves at lightning speed, from scene to scene, place to place—Paris, Egypt, Washington D.C., New York, St. Louis, Colmar and the American West, until the surprise finale—one of those moments that creates tightness in the throat and makes you stand a little straighter through tears…”
Dr. David C. Edmonds – Award-winning author, Peace Corps Volunteer, Fulbright professor and academic dean

If you’re interested I can send you a script and a 15 minute Youtube documentary on the work.

How does one get a full-length play considered for development, reading, or presenation by SF Playhouse?

I am a playwright who recently returned to the Bay Area, who would love to work with you. I have a new play, Bulletproof Hearts that I would love to submit to you. Please let me know how to proceed at my email address, below.

I’ve seen a few people comment asking how to submit but I can’t see any of your responses. I have a one act play that I think would be great for your sandbox series and would love to know how to submit for it as well as your 5 year commission for any other plays I have in the works.

Hello! I am very VERY interested in your program. Do you include musicals as part of your program or only plays?