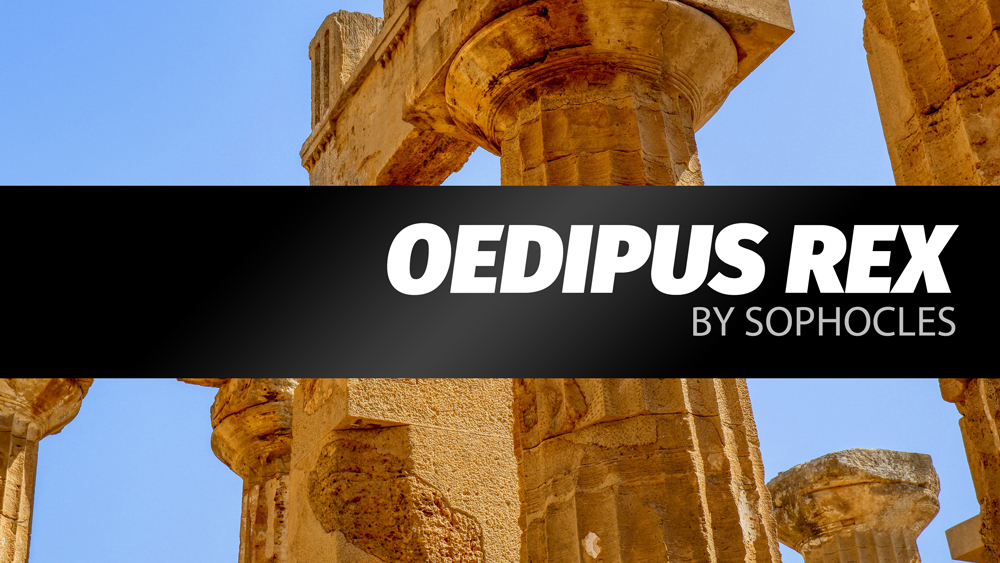 Marking the summit of classical Greek drama’s formal achievement, known for its tight construction, mounting tension, and perfect use of the dramatic devices of recognition and discovery, Oedipus Rex examines the story of Oedipus, who, in attempting to flee from his fate, rushes headlong to meet it.

Sophocles
Sophocles, (born c. 496 BCE, Colonus, near Athens [Greece]—died 406, Athens), with Aeschylus and Euripides, one of classical Athens’s three great tragic playwrights. The best known of his 123 dramas is Oedipus the King. Only seven of Sophocles’ tragedies survive in their entirety, along with 400 lines of a satyr play, numerous fragments of plays now lost, and 90 titles. All seven of the complete plays are works of Sophocles’ maturity, but only two of them, Philoctetes and Oedipus at Colonus, have fairly certain dates. Ajax is generally regarded as the earliest of the extant plays. Some evidence suggests that Antigone was first performed in 442 or 441 BCE. Philoctetes was first performed in 409, when Sophocles was 90 years old, and Oedipus at Colonus was said to have been produced after Sophocles’ death by his grandson. — Encyclopaedia Britannica

Steven Anthony Jones as Teiresias
Steven Anthony Jones was the artistic director of the Lorraine Hansberry Theatre from 2011 to 2017. He has worked professionally on stage, television and in film for 42 years. He has performed in the works of Wilson, (Charles) Fuller, Fugard, Stoppard, Gotanda, Becket, Pinter, Moliere, Shakespeare, Chekhov and others. He was in the original cast of A Soldier’s Play produced by the Negro Ensemble Company, which won an Obie Award for ensemble acting and the Pulitzer Prize for best drama. He performed, taught and directed at the American Conservatory Theater for 22 years as a member of the core acting company.