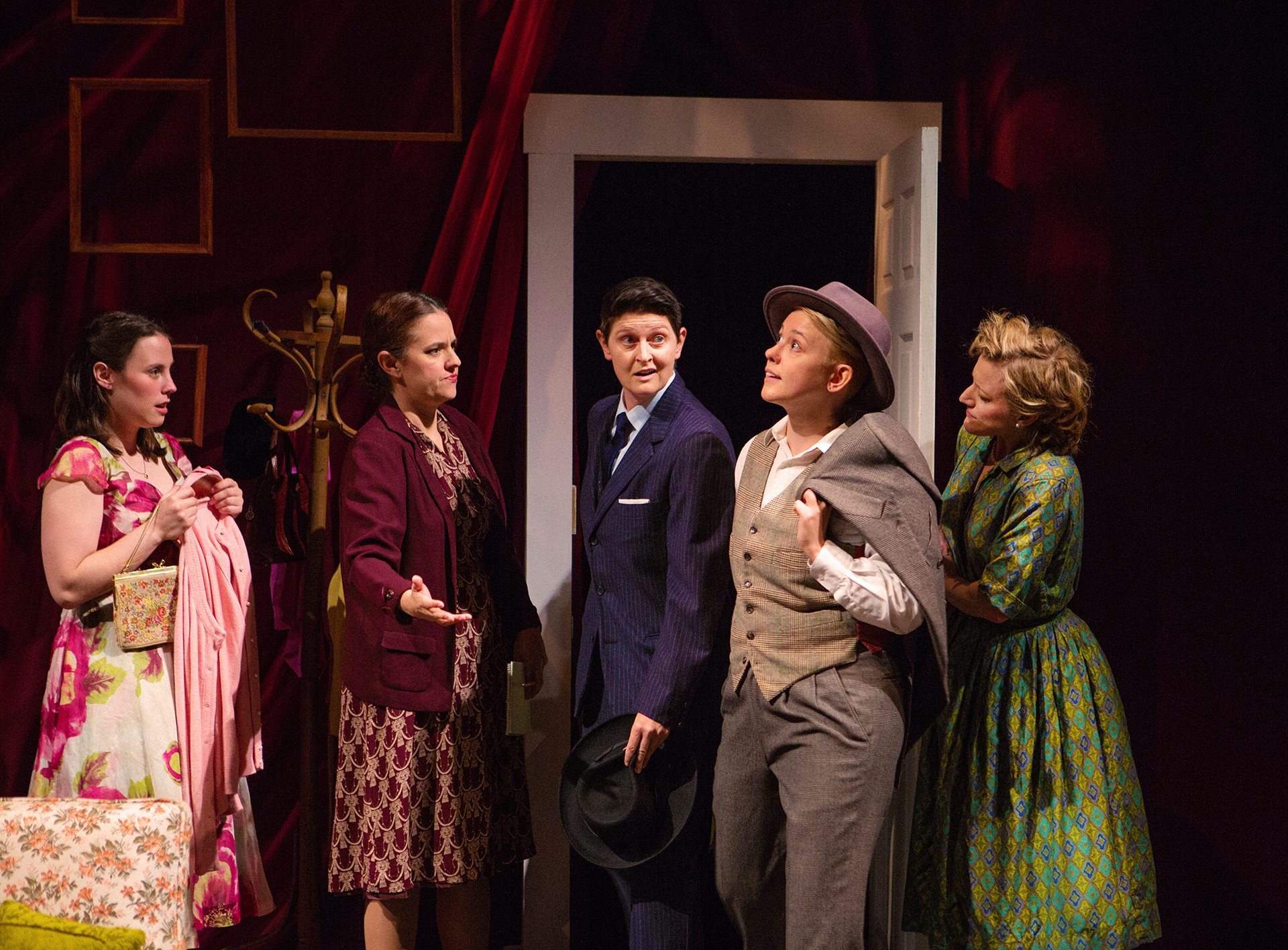 Notes from the Empathy Gym – November 2019

Every once in a while, live theatre generates a miracle. Something that shouldn’t be possible, that everyone says couldn’t be done, that not only defies the odds and succeeds but lifts up the spirts of all involved and serves as a testament to the very best humanity has to offer. Lest you think I exaggerate, I’ll paint a picture of a very recent example of just such a miracle.

The Daughters by Patricia Cotter recently went into dress rehearsals and previews in our Sandbox. During the second preview, one of our actors was injured. A few moments later, it became clear she couldn’t continue. The performance was stopped and the audience sent home. Subsequently, the next two previews were also cancelled. But it seemed to all of us, however, that the actor was on the mend and so we forged ahead with the schedule. And yet, after three days off and a few hours into rehearsal on the following Wednesday, it became apparent she could not continue. And there we were, one preview left, and then opening night! A world premiere, critics scheduled, house sold out. And because of the cost restrictions of the Sandbox, no understudies. It would seem all was lost, and devastation started to settle in around me. But. . . I took a breath. And another. And then took the only action possible. I called our casting director, Dori Jacob, and told her we had to find a replacement immediately. And like the trooper she is, Dori went immediately into battle mode and in a few hours found an actor who was not only available but actually willing to come to the theatre, rehearse all day Thursday, all day Friday and go on opening night with script in hand. A miracle. I told the actors we wanted to go for it. Were they willing? They looked me right back in the eye and said “Let’s do it.” A miracle.

What possessed these actors to undertake such an absurdly impossible task? They had been rehearsing for a month. All the movements had been finely shaped, the lines learned, the characters given subtlety and depth. How did they think they could integrate a totally new actor into the ensemble, an actor they had never worked with before who know nothing of the play or the direction? How did this newcomer imagine she’d be able to capture the character, the movement, the relationships in two days, interacting with the other actors while simultaneously looking back and forth from their eyes to the book, eyes to the book, eyes, to the book?

Only one thing could empower a group of actors to undertake such an impossible task. Hope. Because they could not abandon their commitment to this essential San Francisco story, they had to have faith that they could pull it off. They had nothing else to rely on but to dedicate themselves to the impossible, hoping they could draw from within themselves their very best. Our name was on the line, the critics were coming, and the fate of our project would rest on what these eleven women—six in the cast, director, playwright, stage manager, costumer (all had to be re-done) and production manager—could make happen. And yet we took the risk. Why? All I needed was the look in the eyes of those actors when I presented the plan. Their eyes said, “yes, we will,” and that was all I needed to see.

Sitting in the theatre opening night, the room filled with the palpable intensity of the moment, we could feel the fierceness on stage like we were in some ancient arena where life was at stake. You seldom see such courage and I was so proud. Proud of the cast, proud of the new actor, proud of the director and playwright for taking the risk. And proud to be human.

I remember a sci-fi film from the eighties, Starman featuring Jeff Bridges, about an alien who comes to earth to check us out, but who, not quite being able to sustain human form, begins to die. A cynical human caretaker, trying to protect him from maddened vigilantes and racing against time to get him back to his ship asks, “Is there anything worthwhile about mankind?” Weakly, leaning against the pick-up truck door and gazing out at the rain pelting the window, he smiles and says, “You humans are always at your best when times are at their worst.” I remember being moved by that, and knowing instinctively that it was true, as I knew it to be true on that recent Friday night at the world premiere of The Daughters, the house full of donors and critics, when a miracle occurred.

In the messy world we live in, where we are smacked in the face daily by all that is selfish and ugly in human nature, where we often wonder if the human experiment has been an utter failure, now and again a miracle happens to restore our faith in what we can be. Theatre is a place of miracles, where we turn words on paper into breath, where actors fearlessly channel spirits through their bodies and souls so we can see ourselves, where we build community eight performances a week, with strangers, laughing and crying together like family, where subscribers and donors put their faith in us, putting their time and their money on the line. We are engineers of faith and hope. Hope that we can rise above hatred and alienation, from the deadening effects of the digital age, to build unity between people. This hope is our greatest human asset. The ancient Greeks understood this. When the mythological Pandora carelessly released the worst qualities of human nature into the world, after they had flown off to do their dirty work, there smiling up at her from the dark at the bottom of the chest, was tiny, glimmering hope.