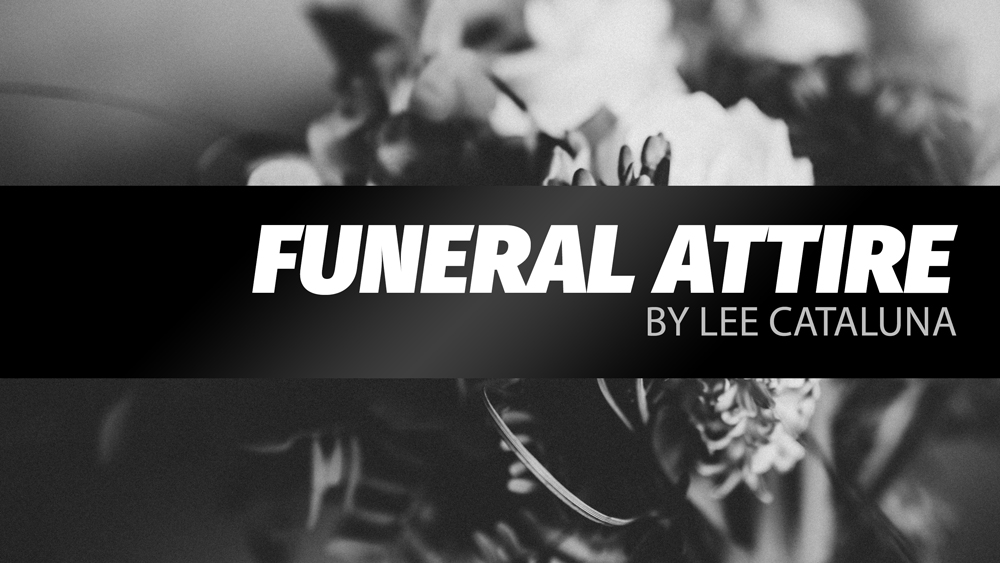 Kekoa and Nainoa have been called to the funeral home in preparation for their father’s memorial services.

Lee Cataluna
Lee Cataluna’s recent work includes WHAT THE STARS SEE AT NIGHT for La Jolla Playhouse, HOME OF THE BRAVE for Honolulu Theatre for Youth, and FLOWERS OF HAWAII, which was workshopped at Native Voices at the Autry. She won the Von Marie Atchley Award for Excellence in Playwriting from Native Voices last fall. She has an MFA in Creative Writing from UC Riverside. She is of Native Hawaiian descent and lives in Honolulu.

Shaun Taylor-Corbett
Shaun was in the original production of In the Heights on Broadway and closed the show in the role of Sonny. He played Frankie Valli in the 2nd National Tour of Jersey Boys, Juan in Altar Boyz Off-Broadway, and Usnavi and Sonny from In the Heights on the First National Tour as well as in the Broadway company. He performed in Bedlam Theatre Company’s acclaimed production of The Crucible, as well as playing the role of Slender/Duke of Burgundy/Bassanio in “Bedlam: the Series”. His original Native American musical, Distant Thunder, will receive its first production in 2021 at Lyric Theatre of Oklahoma in Oklahoma City. The show is based on Shaun’s deep connection with the Blackfeet community in Browning, MT. He is a proud company member of Native Voices at the Autry, where he has acted, written and directed. He performed with the Oregon Shakespeare Festival for three seasons. Shaun co-narrated “There There” by Tommy Orange which was nominated for an Audie Award in 2019, and recently narrated “The Only Good Indians” by Stephen Graham Jones. TV/Film: “Hi-5”, “Discovery Kids”, “Supremacy”, “Gamer’s Guide”, “All My Children”.

Darrell Dennis as Funeral Director
Darrell Dennis is an award winning First Nations writer/actor/director/comedian, with over 30 years of success in the film, television, theatre, radio, and comedy industries. Currently, Darrell has a development deal with the CBC network for a television pilot. He is also writer on the series “Little Bird”, which has just partnered with Netflix and is the showrunner and writer of the Super Channel funded series “Hilary For Hire”. He was recently the director, head writer, and cast member of the APTN series “The Guilt Free Zone” which was nominated for two Canadian Comedy Award. He was also the co-winner of the 2019 Just For Laughs: Stand up and Pitch Competition for his TV pilot series “Big Game”. Darrell’s book “Peace Pipe Dreams: The Truth about Lies about Indians” is now available in books stores and online.

Kalani Queypo as Kekoa
Kalani Queypo is a founding member of SAG-AFTRA’s National Native American Committee and serves on the Advisory Council for Native Voices Theater at the Autry. Kalani is an award winning screenwriter for Ancestor Eyes, his self-directed short film that played at nearly 40 festivals, winning 14 awards. Kalani entered into the world of Musical Theater with Missing Peace, enjoying two developmental workshops with Native Voices Theater, received the 2020 Rhinebeck Writers Residency, and was recently featured on Broadway for Biden: In Our America: A Concert for the Soul of the Nation. Kalani can be seen acting in the Oscar-nominated film, The New World, Steven Spielberg’s Emmy winning Into the West and Slow West (Sundance GRAND JURY PRIZE). Television credits include “Jamestown”, “Fear the Walking Dead”, “Mad Men”, “Hawaii Five-0”, “Nurse Jackie”, and “Bones”. Kalani is currently starring in the new CW series, “Trickster”.

Román Zaragoza as Nainoa
Román Zaragoza was born in New York City, but mostly raised in Los Angeles and has been performing since he can remember. He has worked in TV, Film, and Theatre and is currently finishing his degree in film production at Cal. State, Northridge. He most recently shot a pilot for CBS called Ghosts and fingers crossed it goes to series! He recently ended a three-season run at the Oregon Shakespeare Festival, including playing Orlando in As You Like It. You can also see him on the ABC hit show, Stumptown, as well as in Those Who Can’t, Austin & Ally, and Shadow Wolves. Other theatre credits include Usnavi in In the Heights (Valley Performing Arts Center); Nick in They Don’t Talk Back (La Jolla Playhouse, Native Voices). He is a proud descendant of the Akimel O’odham Nation, and Mexican, Taiwanese, and Japanese ancestors.