‘The Effect’ – A Note from the Artistic Director 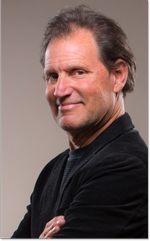 The inspiration for The Effect came when an actual drug trial conducted by the American pharmaceutical company PAREXEL, held at Northwick Park Hospital in London, went terribly wrong. Some of the volunteers suffered horrific side effects, including organ failure and lost fingers and toes. The scandal played across all the London tabloids. Lucy Prebble, the playwright, was mortified—but also fascinated by the dramatic potential of a drug trial.

Humans are confined to the crucible of a Petri dish, while we watch as they work out their reactions to the lot they are given; in this case, as test subjects for a new drug that will combat depression. And as the drugs course through their bodies, they must try to sort out which of their own powerful emotions are the result of their own experiences, and which are being created by forces outside their control.

Ms. Prebble has created a powerful theatrical metaphor that brings us home to one of the contradictions of human life. Our feelings are so unpredictable, so fleeting, and so mercurial—how do we know which ones to trust, which instincts should we act on, and which ones we should acknowledge with a smile and move on? Buddhism teaches that feelings are like clouds, insubstantial chimeras that will pass. How then are we so torn apart by contradictory emotions?

The Effect also wrestles with the mind/body continuum. How is our body governed by the whims of our mental states? And how does our body tell our mind what to think and feel? Which do we trust? The dictum, “I think, therefore I am” has in recent decades been challenged by body wisdom which teaches the dangers of ignoring the messages that come from below our neck. The two women in The Effect are clearly the protagonists—one haunted by a crazy love, one tormented by depression. For women particularly, as Ms. Prebble puts it, “we are used to the physical and the emotional being utterly intertwined from a very early age … We are very aware how much biology affects our every moment.”

Theatre exists to help us sort these things out. It empowers us to separate our gut instincts from the “thousand natural shocks that flesh is heir to,” to empathize with the struggle to manage our raging emotions, to wrestle with the complexities of the mind/body/spirit continuum. We are grateful to be able to present The Effect, which gives us an eloquent platform for sorting out contradictory impulses and embracing the struggle to understand ourselves with compassion, intellect and humor.

Bill English is Artistic Director and Co-Founder of San Francisco Playhouse, and in twenty years with Susi Damilano, has guided its growth from a bare-bones storefront to the second-largest theater in San Francisco.