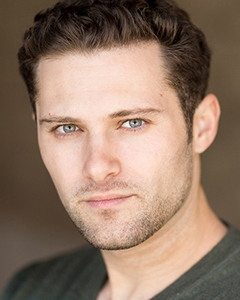 Simon Winheld (he, him, his) grew up in the Bay Area, and received his MFA in Acting from The New School for Drama, in New York City. Some favorite credits include Nero in the off-Broadway production of Pete Rex at 59E59 Theaters; Shlomo in YTE’s production of  God of Vengeance;  and Wolfgang Mozart in his original one man show Mozart: Das Musical! …It’s Not a Musical! at Emerging Artists Theatre. Simon is also a visual artist, and his work has been featured in publications including Reader’s Digest and Heavy Metal Magazine.  He is the author and illustrator of  Are You Dissing Me? What Animals Really Think  (Chronicle Books).