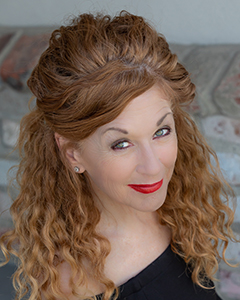 Maureen (she, her, hers) is thrilled to be in her third Sondheim musical at the Playhouse after playing Jack’s Mother in Into the Woods and the Old Lady in Sunday in the Park with George. She is so happy to be reunited with director Bill English, who steered her performance so brilliantly in Sunday in the Park with George. During her over forty-year career, theatre has been her main passion, but Maureen has also worked in feature films, television movies-of-the-week, commercials, and industrial films. She is immortalized as the third grade teacher of the Olsen twins on Full House. On stage, Maureen has worked all over the greater Bay Area, in Los Angeles, and in New York. She received several San Francisco Bay Area Theatre Critics Circle awards and nominations for her performances. Since 1993, she has written and performs in an ever-evolving solo production in local nightclubs with Dave Dobrusky as her accompanist. “Thank you for supporting live theatre. This is for Rick.”