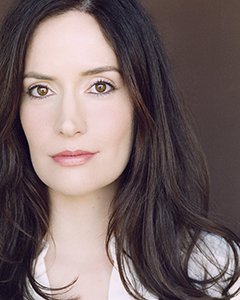 Gabriella Goldstein (she, her, hers) is overjoyed to join this incredible team of artists in bringing this story to life. She portrayed Nora in A Doll’s House, Part 2 at Palo Alto Players, for which she earned a SFBATCC Award nomination in the category of Principal Performance in a Drama. Other theater credits include, Pericles and King Lear at San Francisco Shakespeare Festival; Metamorphoses and Somewhere at the Pear Theatre; The Revolutionists and Tea for Three at Palo Alto Players; Roe at Foothill College Theatre; and Turgenev’s A Month in the Country (performed in St. Petersburg, Russia), Democratically Speaking, and Voices of the Earth at Stanford Repertory Theater. She has performed in PlayGround SF’s Monday Night play reading series and TheatreWorks’ Young Playwright’s Festival. She has appeared in several TV/internet commercials, and has narrated audio books for Audible.com. She studies dance at Zohar Dance Company in Palo Alto and will be directing her first high school musical this spring. Gabriella is a graduate of The Juilliard School in New York City. “צו מיינע עלטערן: א הארציקען דאנק אייך” (“To my parents — a heartfelt thanks!”) gabriella-goldstein.com