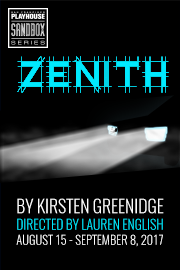 It seems that hardly a day goes by when the media doesn’t confront us with yet another unspeakable act, leaving us searching in vain to make sense of the perpetrators’ motivations. Kirsten Greenidge’s Zenith humanizes one such shocking incident, and explores the complex reasons why we do what we do. Angela is a loving aunt who strives to be perfect. But beneath her “in-charge” persona and perfect façade, something is wrong. Daring in structure and rich in detail, Zenith teases out the complex and interwoven threads of a mysterious and shattering event that makes us question whether we can ever truly fathom another human being.

Kirsten’s work shines a strong light on the intersection of race and class in America, and she enjoys the challenge of placing underrepresented voices on stage. In May 2012 Kirsten received an Obie for her play Milk Like Sugar which was first commissioned by La Jolla Playhouse and TheaterMasters, and then produced at La Jolla and then Playwright’s Horizons as a coproduction with Women’s Theater Project. Milk Like Sugar was also award a TCG Edgerton grant as well as a San Diego Critics Award. Boston audiences might be familiar with Kirsten’s latest play The Luck of the Irish, which was presented at the Huntington Theater Company in the spring of 2012 and enjoyed a warm reception and extended run. A former NEA/TCG playwright in residence at Woolly Mammoth, previous work includes several Boston Theater Marathon pieces, Bossa Nova (Yale Rep, 2010 and also an Edgerton New Play Award recipient), Thanksgiving in Company One’s Grimm (2010), Rust (The Magic Theater, 2007), 103 Within the Veil (Company One, 2005) and Sans Culottes in the Promised Land (Humana, 2004). She has enjoyed development experiences at Sundance, Sundance at UCross, the O’Neil, Pacific Playwrights Festival (South Coast Rep), and Bay Area Playwrights Festival. Kirsten was the inaugural fellowship for Page 73’s playwrighting fellowship program. Current projects include commissions from CompanyOne, Yale Rep, Denver Center Theater, The Goodman, La Jolla Playhouse, Baltimore Center Stage, and Emerson Stage, where she and director Melia Bensussen will adapt the Pulitzer Prize winning book Common Ground. Early in her career Kirsten was a recipient of the Lorraine Hansberry Award and the Mark David Cohen Award by the Kennedy Center’s American College Theater Festival. She attended Wesleyan University and The Playwrights Workshop at the University of Iowa. She is an Assistant Professor of Theater at Boston University’s Center for Fine Art as well as being a resident playwright at New Dramatists she is a member of Boston’s Rhombus writing group. 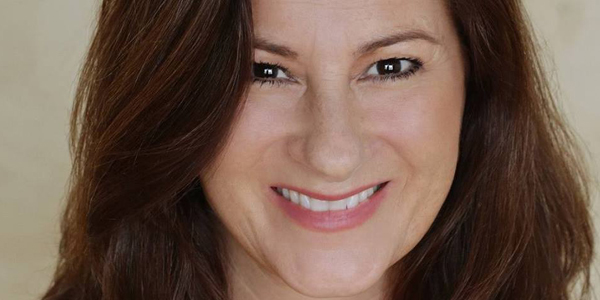 Sally Dana* (Mom 1) is honored to return to the Playhouse. She was last seen as Kate in the Sandbox Series National New Play Network Rolling World Premiere of On Clover Road. Sally played multiple roles in the Playhouse production of Dogfight. Some of Sally’s other stage appearances include Regina in Tides Theatre’s production of The Little Foxes, Central Work’s world premiere of The Education of a Rake, the world premiere of Campo Santo’s The Language of Angels for which she won a Dean Goodman’s choice award for the role of Danielle, A Common Vision at the Magic Theatre and Something in the Air at the B Street. Sally was an ensemble member in Julie Taymor and Elliot Goldenthal’s Obie award winning production of Juan Darien. She played multiple roles in William Bivin’s comedy Pulp Scripture (2009 Best of the SF Fringe Festival) and the role of Albena in George Pfirrmann’s Arousal (2010 Best of the SF Fringe Festival). Sally has performed with several bands including the San Francisco pop combo Action Plus as a singer and percussionist. She is the drummer for the all girl garage rock band Reform School Girls. Sally received her theatrical training from Seattle’s Cornish College of the Arts. She is a proud member of Actors’ Equity Association and SAG-AFTRA. 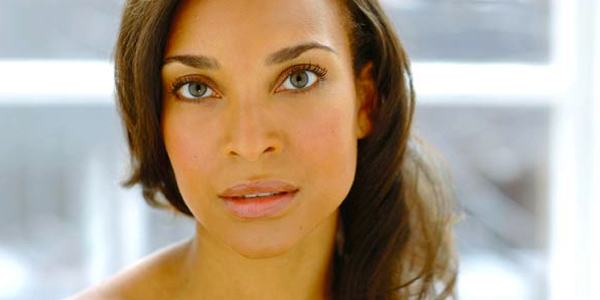 Nia Fairweather* (Hazel) is an award-winning actress (The Roe Effect, Paralysis, Campaign), writer and producer of OORDEEL, the viral filmic adaptation of her monologue of the same name. “Like my favorite book, The Alchemist, I’m enjoying the journey storytelling is taking me on. When I think about the afternoons I spent perfecting my Michael Jackson moves, graduating from the American Academy of the Dramatic Arts (NY), being on stage at the Public Theater while working as part of Labyrinth Theater Company Ensemble, and walking the red carpet at the Festival de Cannes and various festivals alongside artists I admire, I’m filled with gratitude.” Currently, Nia is developing New Amsterdam, the feature film adaptation of OORDEEL. Nia would like to thank her life partner, Larry Erwin II, and family for their continuous support and the SF Playhouse for the opportunity to join them in PLAY! www.niafairweather.com /@NiaFairweather

Khary L. Moye (Tim) is thrilled to be making his S.F Playhouse debut!! Originally from New York City, Khary has worked on Off-Broadway plays and joined a Repertory group in Harlem before moving to the Bay Area. He has worked with multiple theatre companies since then including Berkeley Rep, Shotgun Players, AASC, Altarena Playhouse, Contra Costa Civic Theatre, Custom Made Theatre, DMT, Z Space, Word For Word, Centerrep, Role Players Ensemble, and TheatreFirst. His most recent productions are All Aunt Hagars Children (Zspace) The Piano Lesson (RPE) and HELA(TheatreFirst). Upcoming show: The holiday production of A Civil War Christmas. Thank you to all that support my dreams and aspirations, it is greatly appreciated especially in moments when I have doubts. Thank you Lauren English for letting me assist in telling this wonderful story with such wonderful cast members and a big thanks to YOU, the audience member who without you we would have nobody to tell these stories to. Onward!! 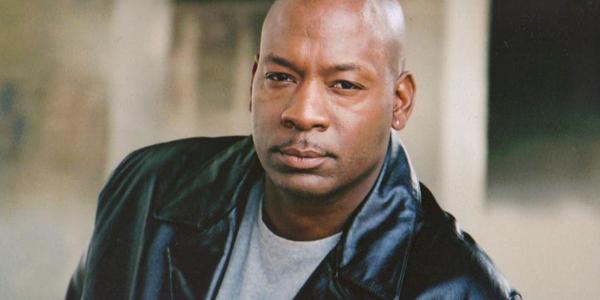 Adrian Roberts* (Chuck) is thrilled to be back at SF Playhouse where he was last seen as Daniel Jamison in First Person Shooter. Mr. Roberts was last seen as Wille in Master Harold And The Boys at the Aurora Theater. Other Bay Area credits include King Basillio in Life is A Dream at Cal Shakes, Claudius in Hamlet at Cal Shakes, Charles Boyd in Pen/Man/Ship at the Magic Theater, Gabriel/Troy in Fences at Marin Theater Co., Martin Luther King Jr. In The Mountaintop, Gabriel in Breakfast With Mugabe at Aurora Theater Co. Mr. Roberts regional credits include Ken in The Playboy of The West Indies at Lincoln Center, Booster in Jitney at American Stage, three seasons at the Oregon Shakespeare Festival, Commander Osembenga in Ruined (La Holla Playhouse, Huntington Theater, Berkley Rep) among many others. Mr. Roberts has appeared in television shows Scrubs, Criminal Minds, Brothers & Sisters, Trauma and the Sci-Fi channel movie Vampires Out For Blood. Mr. Roberts is a graduate of American Conservatory Theater MFA program. 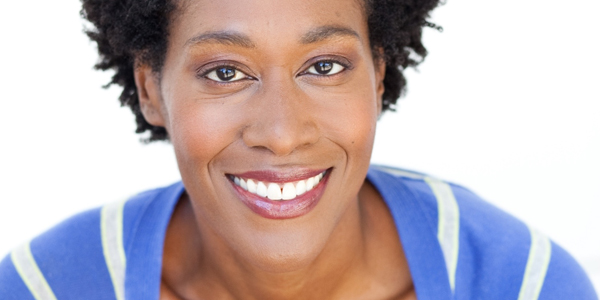 Atim Udoffia* (Angela) spent over a decade performing in theatre and short films in Los Angeles before moving to Northern California to continue working on stage, screen and print. Recent theatre credits include The Tempest (Sacramento Theatre Company), Doubt (EMH Productions.), To Kill a Mockingbird (Sacramento Theatre Company), Disgraced (Capital Stage), Clybourne Park (Capital Stage), and the role of Harriet Tubman in The Conductor at B Street Theatre. She is also the Founder/Producer of a storytelling event in Sacramento called Now Hear This: A Story + Music Series. Atim’s training includes the acting program at a London drama school, and she has studied with Judith Weston in L.A. and Janis Stevens in Sacramento. She is a graduate of Stanford University. 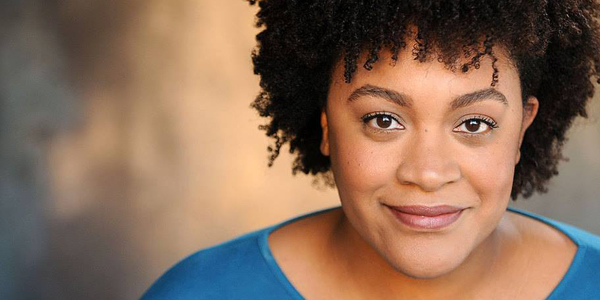 Indiia Wilmott (Wendy/Julie/Janae/Hortense/Mom 2/Sarah) This is Indiia’s second San Francisco Playhouse Sandbox Series production. Some of her other Bay area credits include all of what you love and none of what you hate (San Francisco Playhouse) Antony and Cleopatra (African-American Shakespeare Company), and Bootycandy (Brava Theater Center/Black Artists Contemporary Cultural Experience). In addition to stage work, Indiia is the Outreach Coordinator at TheatreFIRST in Berkeley and is a Bay Area teaching artist. She would like to thank her incredibly supportive husband Fujio for well, everything. Love to all cast and crew. Special thanks to Lauren for this wonderful opportunity.