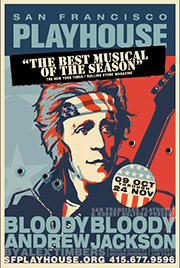 Andy’s back and he’s ready to ROCK! He may or may not have used his blazing Stratocaster to drive the Indians West or force the Spanish out of Florida – the history is unclear. But we know for sure that his controversial presidency doubled the size of this, our fair country, and set the stage for a fabulous Broadway Musical.Read the Press Release 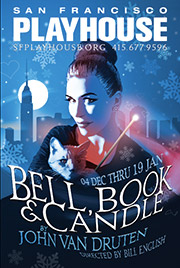 Bewitched, bothered and bewildered. That’s what happens when you fall in love with a witch. But is it worth it? Our good witch (well, fairly good) Gillian risks everything – if she falls for him she could lose her magical powers forever. A romantic, Christmas Eve comedy from the 50′s. Read the Press Release

The Motherf**ker With The Hat

Strap yourself in. This high-octane, verbal cage match about love, fidelity, and misplaced haberdashery comes straight from the playwright of Jesus Hopped the ‘A’ Train, Den of Thieves, and Our Lady of 121st Street. Jackie and Veronica have been in love since the eighth grade. Nothing can come between them. Except a hat. Read the Press Release 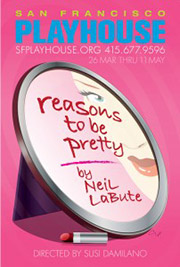 Reasons to be Pretty

Obsessed. You. Me. America. This bristling comedy confronts our collective obsession with physical beauty. See what happens when Greg, a working-class guy in a long-term relationship, inadvertently remarks to a friend that, compared to a pretty coworker, his girlfriend is “regular.” Read the Press Release 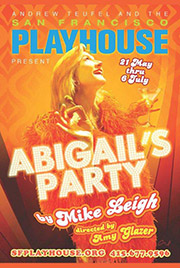 Momma told me not to come. This biting, hilarious, disco infused satire of British suburbia in the 70′s is a party only Mike Leigh could conceive. Stolen straight from real life, these friends test the strength of the ties that bind.Read the Press Release

By Alan Jay Lerner (book and lyrics) and Frederick Loewe (music)
Based on “Once and Future King” by T.H. White
Directed by Bill English
Music Director: Dave Dobrusky
July 16, 2013 to Sept 21, 2013

Camelot is the timeless and powerful love triangle between legendary King Arthur, his Queen Guenevere and his best friend Lancelot… Read the Press Release