Cashed Out by Claude Jackson, Jr. 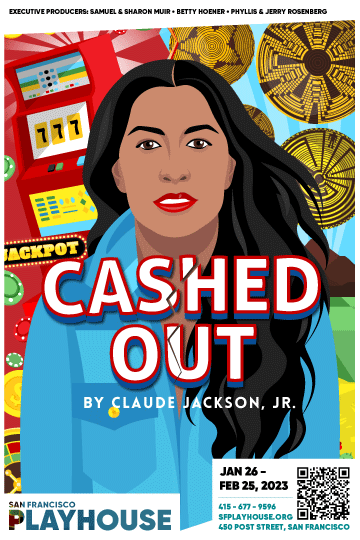 On the Gila River Indian Community reservation in Arizona, Rocky and her family try to hold together through the ups and down of her gambling addiction. A world premiere play by Claude Jackson, Jr., the director of his tribe’s public defender’s office, Cashed Out was the 2019 winner of the Native Voices at the Autry short play festival.

CLAUDE JACKSON, JR. Claude Jackson, Jr. is an attorney and currently the Director of his tribe’s public defender’s office. Five of his plays were featured in previous Native Voices at the Autry Short Play Festivals, including winning the festival in 2019 for his play Cashed Out. Claude and his brother Roberto wrote, produced and directed a feature film, In Circles and can be seen on Amazon Prime and other streaming outlets. Claude recently acted in the play Native Nation in Arizona, produced by Cornerstone Theatre Company and Arizona State University and Indian School, also produced by Arizona State University. He is married to Lea and they have three kids: Zaryk, Kaleb and Naiya.