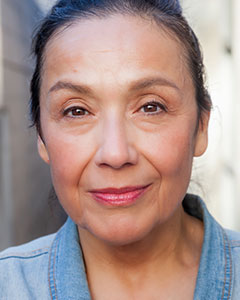 Sheila Tousey is a writer, director, and actress with many film, television and theater credits to her name including appearances in Signature Theater and Magic Theater’s Late Henry Moss by Sam Shepard; Marie in Joanne Akalaitis’ Woyzcek at the Public Theater and at the Guthrie Theater in Marsha Norman’s adaptation of Louise Erdrich’s Master Butchers Singing Club. She was a Drama Desk Nominee for acting, a company member at OSF and will be performing M.K. Nagle’s On The Far End at the Roundhouse Theater in the spring.