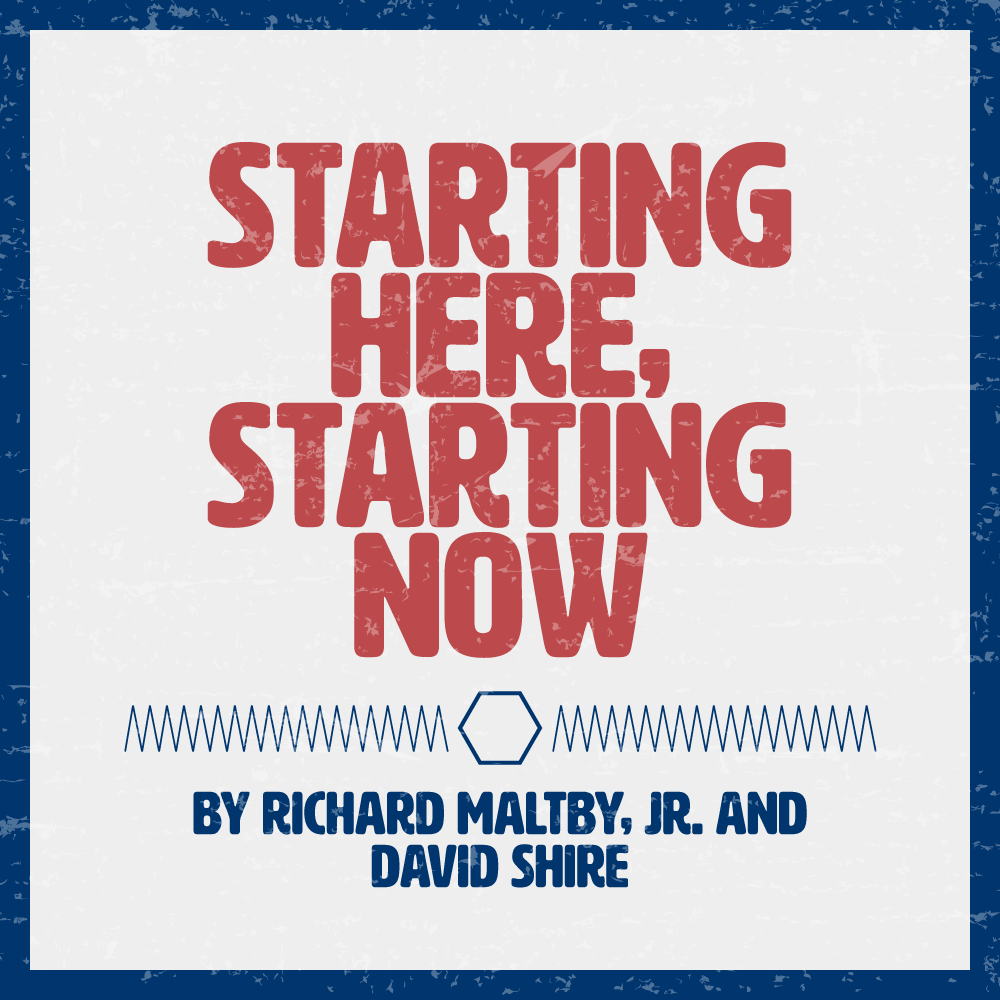 We are committed to making our programming as accessible as possible, but are also faced with the monumental challenge of getting back to work and paying our staff and artists the wages they deserve. We are offering four price tiers for this performance, from $15 to $100. Please pay what you wish.

“The SF Playhouse team captures many of the nuances of our individual emotional journeys these days, whether we’re pining after the past or anticipating better times ahead.” – San Francisco Examiner

Starting Here, Starting Now is a thrilling and touching musical using the songs of Richard Maltby, Jr., and David Shire (Big, Baby, Closer Than Ever). Starting Here, Starting Now offers a tender-tough inventory of love and the lonesome lack thereof. Made for each other, the wry lyrics of Richard Maltby, Jr., combined with David Shire‘s buoyant music, forge a fast-moving, ingratiating look at how love can go right, wrong or nowhere. This bold, extroverted journey takes a winsome cast of four through the maze of modern relationships with its heart firmly on its sleeve. As with all of Maltby and Shire’s work, each song is an impeccably crafted story – original, engaging, and bursting with character.

Vaccination against COVID-19 is required to attend this performance. We have expanded our health and safety protocols to welcome audiences back inside our theatre. We require that audience members present proof of vaccination against COVID-19 to enter the venue. Patrons are required to wear masks at all times when not eating or drinking. To promote social distancing, a one-empty-seat buffer will be placed beside each party. For more details on our protocols, click here.

David Shire wrote the music for Baby (Tony nominations for Best Score and Musical) and Big (nominated for Best Score). Off-Broadway credits include Starting Here, Starting Now (Grammy nomination), Closer Than Ever (Outer Critics Award for Best Musical and Score), Urban Blight (MTC), The Sap of Life, and incidental scores for As You Like It (NYSF), The Unknown Soldier and His Wife, The Loman Family Picnic, Shmulnik’s Waltz and Visiting Mr. Green. He and his long-time collaborator Richard Maltby are at work on Take Flight, a new musical which premiered at the Charlotte Rep in the spring of 2004. His many film scores include Norma Rae (Academy Award for Best Song), Francis Coppola’s The Conversation, All the President’s Men, The Taking of Pelham 1-2-3, Farewell, My Lovely, ‘Night, Mother, Return to Oz and Saturday Night Fever for which he won two Grammy Awards. His numerous television scores have earned five Emmy nominations and include Sarah Plain and Tall, Rear Window, Raid on Entebbe,The Women of Brewster Place, The Kennedys of Massachusetts, The Heidi Chronicles, Jake’s Women and Broadway Bound. His songs have been recorded by Barbra Streisand, Maureen McGovern, Melissa Manchester, Jennifer Warnes, Kiri Ti Kanawa and many others, and include the international Billy Preston & Syreeta hit “With You I’m Born Again” and the Oscar-winning “It Goes Like It Goes.” Mr. Shire is a member of the Dramatists Guild Council, the proud husband of actress Didi Conn and doting father of sons Matthew and Daniel.