Harry, a ruthless, thuggish millionaire—with his showgirl fiancée, Billie, in tow—comes to Washington to bribe a senator and enrich his business interests. He soon hires a reporter to clean up Billie’s image; but as she awakens to a world full of possibilities, she starts to question corruption’s stranglehold over the disadvantaged. Garson Kanin’s delightful and dangerous comedy is a timely exploration of politics, profiteering, and the importance of an educated electorate.

Garson Kanin worked as an actor in the theatre and as a director and producer on Broadway and in Hollywood, but he is best known as a writer. During the Great Depression, he dropped out of high school to help support his family, working as a musician and later as a comedian. He attended the American Academy of Dramatic Arts from 1932-1933 and briefly worked as an actor on Broadway following his studies. Kanin became an assistant to Broadway director George Abbott in 1935, and then joined Samuel Goldwyn’s production staff in Hollywood in 1937, but left for RKO at the end of one year, frustrated at not having been given any directing assignments by Mr. Goldwyn. At RKO he directed several films including The Great Man Votes in 1939 and Tom, Dick and Harry in 1941, but he was continually frustrated by the lack of control he had over his films under the studio system, a frustration which continued throughout his career. When drafted during World War II he made documentary films for the War Information and Emergency Manpower offices. One of them, The True Glory (1945), won an Academy Award for Best Documentary. During the war years Kanin began writing stories and plays as well. After the war he directed several plays on Broadway, including his own, Born Yesterday in 1946, for which he received the Donaldson Award for Best First Play of the Season and Best Director of the Season, and which he later adapted for the screen. Kanin collaborated on four successful screenplays with his wife, Ruth Gordon, including Adam’s Rib (1949) and Pat and Mike (1952) starring Katharine Hepburn and Spencer Tracy. Garson Kanin died in 1999 at age 87. 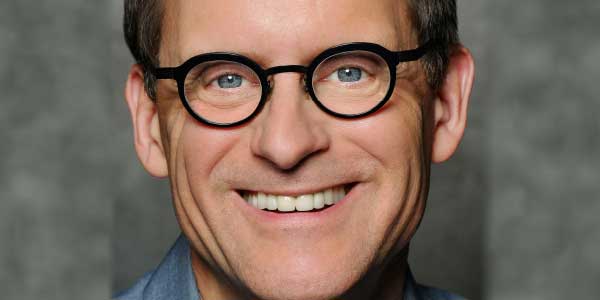 Anthony Fusco – Last seen at San Francisco Playhouse in The Christians, Mr. Fusco has been a Bay Area theatre mainstay since moving here from New York in 1999. At A.C.T., where he is a Resident Artist, Fusco has appeared in nearly 50 productions, most recently A Christmas Carol and Hamlet. He’s been in a dozen productions for CalShakes, including You Never Can Tell, Pygmalion, and King Lear. For Berkeley Rep, Mr. Fusco appeared in The Intelligent Homosexual’s Guide to Communism and Capitalism with a Key to the Scriptures, and Vanya & Sonia & Masha & Spike. NY credits include The Real Thing and The Real Inspector Hound (Broadway), Holy Terror (off-Broadway), and Danton’s Death (off-off-Broadway). He’s done some movies, too, but not so you’d notice. He lives in San Francisco with his wife and children, one of whom is now taller than he. He’s thrilled to be in Born Yesterday! 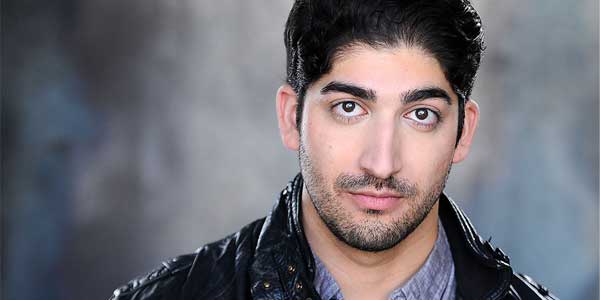 Jason Kapoor is thrilled to return to the empathy gym where he was last seen in both San Francisco productions of Ideation as well as its off-Broadway premiere at 59E59 Theaters. Most recently seen in the Bay Area Premieres of The Legend of Georgia McBride, Guards at The Taj, and The Invisble Hand at Marin Theatre Company. ACT credits include the World Premiere of A Thousand Splendid Suns, a co-production with Theatre Calgary, The Hard Problem, and Indian Ink. A Bay Area native born in San Jose, Mr. Kapoor received his BA from SJSU and his MA from LAMDA.

Casey Robert Spiegel is ecstatic to make his Playhouse stage debut! He graduated from San Francisco State University with a BA in Drama in 2017 and has studied at The Lir Academy at Trinity College Dublin. His previous credits include Strygal in Anon(ymous), Cody in Adventures in Tech, and Nevik in Speed of Light. 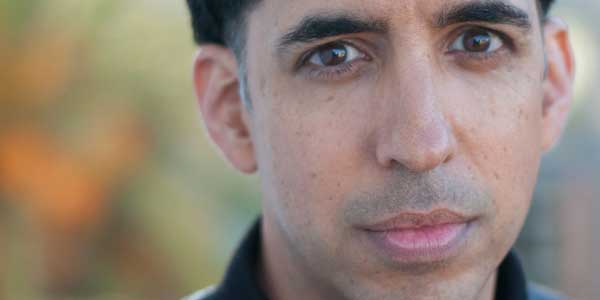 Gabriel Montoya is thrilled to be making his San Francisco Playhouse debut. In his fourth year in the Bay Area, Gabriel has appeared onstage at Berkeley Rep in It Can’t Happen Here as David/Mr. Dimick, Brava Theater in Ghost Limb, as The Ghost/Claudius in SF Shakespeare on Tour’s Hamlet, Einstein in Beverly Hills Playhouse SF’s Picasso at the Lapin Agile, Austin in Theater Madcap’s True West and Mickey in Boxcar Theatre’s original cast of The Speakeasy. Gabriel and his wife Robin’s production house, The Department of Badassery, made theatre history in 2015 with the simultaneous world premiere of Ben Fisher’s “Don’t Be Evil” onstage at Pianofight and in virtual reality. Gabriel also works as a writer, specializing in the performance-enhancing drug problem in combat sports. His work has been featured or cited by Maxboxing.com, USA Today, ESPN, The L.A. Times and the Guardian, among others. He is the co-host/co-producer of a long-running live weekly online radio show, The Next Round, on the Leave it in the Ring network. 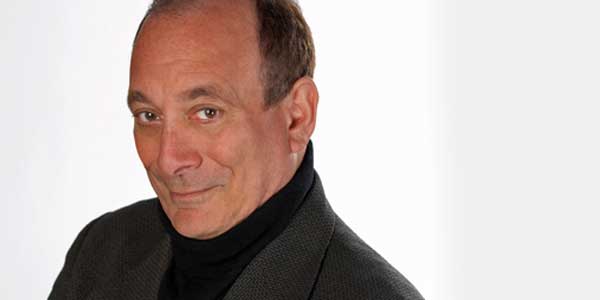 Louis Parnell is pleased to return to San Francisco Playhouse, where he has performed in 11 productions, most recently The Nether and Into the Woods. He has also worked extensively as an actor and director with numerous other companies in the Bay Area including A.C.T., Center Rep, the Magic, Marin Theatre Co., TheatreWorks & 3Girls Theatre as well as with many smaller nomadic companies. He has won a number of Bay Area Theatre Awards as both actor and director.

He has also performed in numerous film, commercial, and television roles. He is a proud member of AEA and SAG-AFTRA. 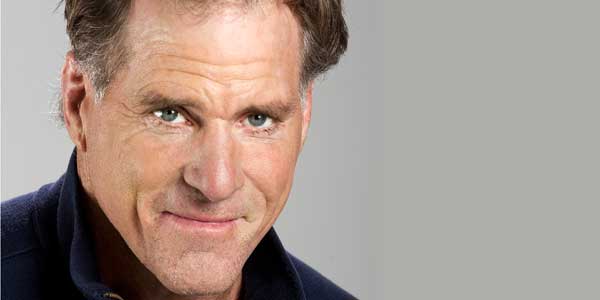 Marty Lee Jones is thrilled to be back home at the Playhouse. Marty most previously understudied/ensembled for the Playhouse production of The Christians. Marty just finished a run at the San Francisco immersive theater experience The Speakeasy (Pit Boss), and could be seen regularly in Monday Night Playground at Berkeley Rep. Coming from the Santa Cruz theater community where productions included Of Mice and Men, House of Blue Leaves and Geography of a Horse Dreamer (Jewel Theater), Much Ado About Nothing, Blackbird (Cabrillo Stage), August Osage County, Uncle Vanya, Breakfast of Champions (Mountain Community Theater), Marty can also regularly be seen in film productions from SFSU and Santa Cruz University. Thank you theater life!!!! 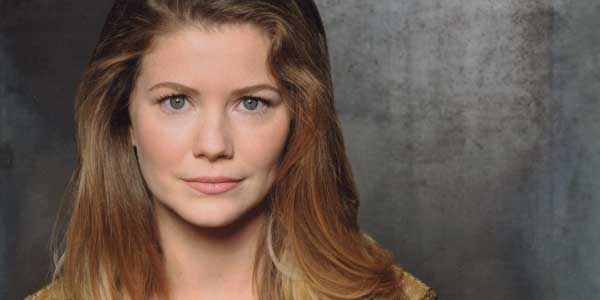 Melissa Quine is an actor and educator based in San Francisco and has been lucky enough to play with the likes of San Francisco Playhouse (A Behanding in Spokane; Tigers Be Still; Slasher), Aurora Theatre Company (Trouble in Mind), Pear Theatre (Arcadia; Northanger Abbey), SF Shakes (Hamlet), Symmetry Theatre, and Playwrights Foundation among others. She also works with the Standardized Patient Program at Stanford University School of Medicine. Melissa graduated from the University of Vermont where she was a Division I Athlete and Performing Arts Major. Melissa is the recipient of the 2016 Titan Award and is a proud member of Theatre Bay Area, AEA, and SAG-AFTRA. 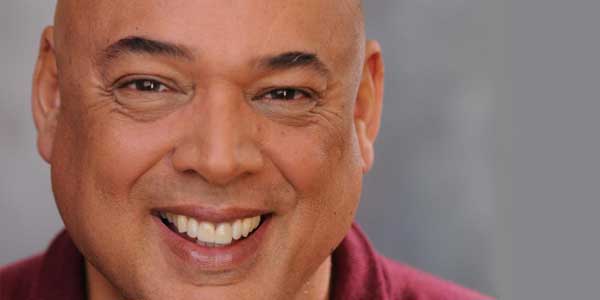 Michael Torres played Chief Bromden in San Francisco Playhouse’s One Flew Over the Cuckoo’s Nest, directed by Bill English. In 1996, he co-founded Campo Santo where he originated roles for Dave Eggers, Denis Johnson, Jose Rivera, Jessica Hagedorn, Octavio Solis and more. An award-winning actor, Michael has played at The Shotgun Players, Crowded Fire, Word for Word, Berkeley Repertory, Teatro Campesino, California Shakespeare, Magic Theatre, and TheatreFirst, among others, and has toured the U.S.A. and Europe in shows, Recently, he co-directed with Elaina Wright The Farm by Jon Tracy for TheatreFirst. Film-wise, you can see him in About Cherry as Po and as Crow in The Other Barrio. Michael is the Chair of the Laney College Theatre Arts Department where he founded The Fusion Theatre Project. Michael holds a BA from San Francisco State and an MFA from the University of California at San Diego.

Millie Brooks is delighted to be back at San Francisco Playhouse. Millie, a graduate of The Theatre School at DePaul University, is an actress/director/VO artist here in the Bay Area. Credits include The BFG (Chicago Playworks), Avenue Q (NCTC), The Shakespeare Bug (Playground & Killing My Lobster), A Very Old Man with Enormous Wings directed by Carlos Murillo, and San Francisco Playhouse’s productions of Stage Kiss and The Christians.

Teri Whipple is thrilled to be returning to San Francisco Playhouse! She was last seen in the Playhouse’s season opener, as Marie, in Barbecue. Teri earned her degree in Drama from San Francisco State University and also studied at American Conservatory Theater and Shakespeare and Company. Some favorite credits include Catherine in Rapture, Blister, Burn at Custom Made Theatre (where she is a member), Donna in Harbor at New Conservatory Theatre Center, and Chrysothemis in Iphigenia and Other Daughters with WE Players—the first theatrical play performed on Alcatraz Island. Teri was also a finalist for the 2017 Theatre Bay Area Titan Award. 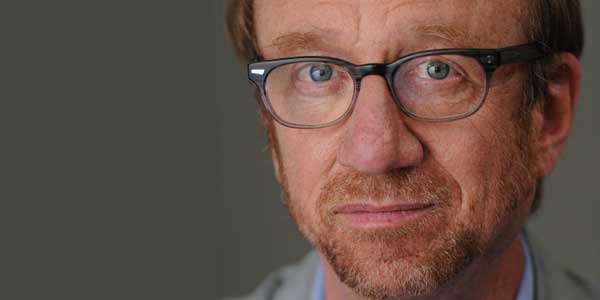 Tom Bleecker is over the moon for the opportunity to work with the prestigious San Francisco Playhouse in this production of Born Yesterday. Previous roles include Dussel in Palo Alto Player’s The Diary of Anne Frank, Brabantio in Ubuntu Theater Company’s production of Othello, and Baron Von Sweeten in Amadeus at Hillbarn Theatre. At Dragon Theatre he played Matthew in Sunlight, Udrea in Star Without a Name, and Petey in The Birthday Party. He portrayed Jules in My Three Angels at Masquers Playhouse, and J. Alfred Prufrock in The Love Song of J Alfred Prufrock at the Bay One-Acts festival. He studied at Studio ACT, Berkeley Repertory, Shakespeare & Company, and many other venues. In addition to acting, he has worked as a mime, puppeteer, and as a psychologist. 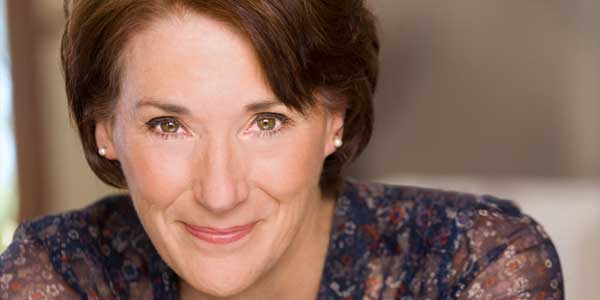 Terry Bamberger is an SF Bay Area actor whose recent theatre credits include staged readings of new works for The Magic Theatre and The Olympians, and shows The Left Coast News at Left Coast Theatre, The Miraculous Journey of Edward Tulane at Bay Area Children’s Theatre, Three Tall Women at Custom Made Theatre Company (2014 Bay Area Theatre Critic Circle Award Best Supporting Actor nominee). Bamberger also trains young actors at SF School of the Arts and coaches young actors in private practice. She is honored to be a recipient of the 2013 Theatre Bay Area Titan Award. Terry is thrilled to join this fabulous cast at San Francisco Playhouse!

“Still a gem, and the perfect commentary for the Trump years.” – Vmedia

“Another winner for San Francisco Playhouse! A fabulous piece of theatre – serious in its undertones, but also brilliant comedy.” – Arts Preview