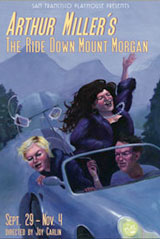 The POWER of AMBITION

With The Ride Down Mount Morgan, Arthur Miller, the master of social commentary, struck again with his last full-length play before his death in 2005. Lyman Felt (Victor Talmadge) has it all. Wealth, success, power, and the kind of good, solid wife he needs. He also has another wife, the kind of earthy, sexy woman he wants. Lyman juggles his artful lie until a car accident on the slippery slope of Mount Morgan lands him in a hospital bed—with the two wives in the waiting room. But is this truly an accident?
Comical, romantic and suspenseful, The Ride Down Mount Morgan stirs questions about love and marriage as we observe the journey of a man whose insatiable passion threatens to destroy his life.
The SF Playhouse has assembled a cast of Broadway, Hollywood and San Francisco all-stars directed by Bay Area veteran Joy Carlin (an original ACT company member). Victor Talmadge* (Brooklyn Boy, The King and I and multiple film roles) returns to his San Francisco home to play Lyman Felt. He shares the stage with Karen Grassle*, appearing in San Francisco for the first time since her 1960s Actors Workshop days (prior to her starring as “Ma” in Little House on the Prairie) and Nancy Carlin*, Joy’s daughter and longtime associate artist of the California Shakespeare Theater, and a former company member of the American Conservatory Theater. Rounding out the cast are Keith Burkland (Our Lady of 121st Street and ‘Art’) and Kristin Stokes (Brooklyn Boy).
*appears courtesy of Actors Equity Association 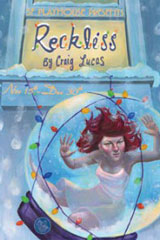 The POWER of IDENTITY

Rachel has a problem. It’s Christmas Eve and she is so happy, as she repeatedly tells her husband Tom. Suddenly, he reveals he has taken a contract out on her life. This is just the opening scene of Craig Lucas’ Reckless, a modern day odyssey for a woman whose life has turned upside down, and stays that way. This remarkable dark comedy is a treat for the senses, inviting the audience to share laughter and pain in the most absurd yet oddly familiar circumstances. 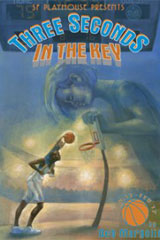 The POWER of ACCEPTANCE

No one experiences the world quite like Obie award-winning artist Deb Margolin. Her latest journey is a trip through recovery, motherhood, and the New York Knicks’ 1999 season. Three Seconds in the Key is the story of one mother’s fall and rise as she competes with Hodgkin’s disease for her son and her identity. It is a hilarious and heart-wrenching chronicle of coping with illness and coming to terms with the chronic low-grade ecstasy of dancing in and out underneath the basket. The truth is, you’re only allowed three seconds in the key.Read the Press Release 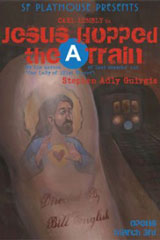 The POWER of FAITH

From the writer of last seasons’ hit Our Lady of 121st Street, comes the searing comedy, Jesus Hopped the ‘A’ Train, a truth-telling, cage-rattling play about faith, justice and diminishing options in an American prison.
Angel Cruz, a poor Puerto Rican, isn’t sure why he’s in jail after shooting Reverend Kim, the Cult-leader who brainwashed his best friend.
“All I did was shoot him in the ass”, he explains to his long-suffering lawyer Mary Hanrahan. As Angel dukes it out verbally in the prison exercise yard with a born-again killer, he slowly learns to accept responsibility for what he has done. 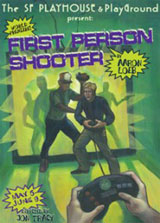 The POWER of RESPONSIBILITY

SF Playhouse (Bill English, Artistic Director; Susi Damilano, Producing Director) and PlayGround (Jim Kleinmann, Artistic Director) are pleased to announce that they will team up to co-produce the world premiere of four-time PlayGround Emerging Playwright Award winner Aaron Loeb’s First Person Shooter, originally commissioned and developed by PlayGround last season. The play will fill the previously unannounced fifth slot in SF Playhouse’s 2006-07 season, running May 2 to June 9th, 2007. First Person Shooter will be directed by Jon Tracy.
First Person Shooter takes us inside ‘JetPack Games’, a start-up video game company, where the hottest, most violent game on the market has brought instant success to its twenty-something tech geniuses. Their celebration fizzles when their game is blamed for a schoolyard shooting. As the young CEO of Jet Pack deals with an impending lawsuit and the father of one of the victims, he must confront whether he has any responsibilities in the world beyond his computer screen.
The play draws on the national debate over the link between violent videogames and school shootings, which first came to the fore after Columbine. Aaron, who now develops videogames, worked as a journalist covering the world of videogames at the time of Littleton, Colorado shootings and “wanted to write a play about the people caught in the echo chamber of the debate. What must it be like for the people actually accused of making a game that turns kids into killers? What about the parents of the victims? Their children are dead and the news is jam packed with talk of something so trivial as videogames!”Read the Press Release 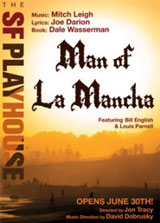 THE POWER OF DREAMS

The epic story of knight-errant Don Quixote, his servant Sancho, and the woman of his dreams, the lovely Aldonza/Dulcinea. The tale-set during the Spanish Inquisition-tells the romantic and noble journey of a knight who sets out to right all wrongs and win the heart of a good woman as he duels windmills along the way. Based on The Adventures of Don Quixote by Miguel de Cervantes’, Man of La Mancha is the classic comic tragedy of man’s struggle against all odds to dream impossible dreams.Read the Press Release