From the Empathy Gym | Lessons from Strips of Paper

I was an alienated teenager. I spent a vast amount of time alone, face down on my bed, terror-stricken at the prospect of having to interact with other people. But even back then, my strong interest in storytelling manifested itself. Before I had acted in three or four plays, before I had read more than a few dozen, I spent some of my alone bedroom time creating possible seasons of plays, shuffling titles written on slips of paper into different orders, discarding, adding.

Looking back now, especially around this time of the year when I must select the shows for the next upcoming season, it amazes me that I am still shuffling around bits of paper with the names of plays written on them. Back then, I believed that the life of an artistic director was one where I would have absolute control; I would dictate seasons from the glorious isolation of my ivory tower and others would unquestioningly execute my vision. This role appealed to me, because I fancied that I would not really have to deal with the public. And a complete fantasy it was, in which I discovered many years later, when I finally achieved my boyhood dream and became an actual Artistic Director.

As teenagers do, I eventually grew up, and learned the necessary art of how to socialize and make friends.  However, my working style continued to be shaped by that adolescent isolation. I preferred to do things myself rather than rely on other people. And I, like Groucho Marx and Woody Allen, was not interested in joining a club that would have me for solely a member. This go-at-it-alone style worked for many years, but when Susi and I took the leap of starting a new theater, I was in for a rude awakening. I quickly realized that there was no way I could succeed alone, and I was forced to confront my fear of depending on others. 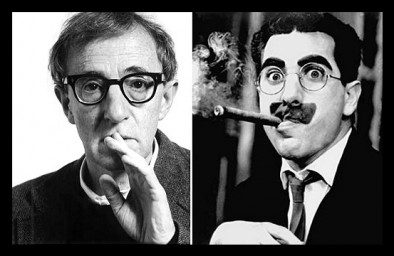 I had successfully avoided this fear for decades in my work life,  but with a new theater to build, rig, electrify, cable, paint, seat, sign, and fill in only two weeks, it was impossible to succeed without asking for help. And so, a terrifying new journey began. Terrifying, because I wholeheartedly believed that I would be rejected. Who would want to help me and my fledgling dream of building a great theater? I had convinced myself that everyone I asked for help would laugh at my vision and ask, “Who do you think you are?”  What I could never have imagined, never have predicted, was that every single person I asked said, “YES!” and thus the mantra of San Francisco Playhouse was born. Carpenters, painters, electricians, actor friends, construction buddies, Susi’s business colleagues, and Damilano relatives flooded the vast, derelict space at 536 Sutter Street and helped build a fully operational theater in only three weeks. A miracle.

And yet, that was only the beginning of needing to rely on the help and generosity of others. When I began my crusade to create San Francisco Playhouse, I failed to consider the fact that a nonprofit theater could never survive on ticket sales alone. This meant that I would continually have to ask people for financial support, which I was about as loath to do as to cut off one of my own limbs. Simply impossible. The terror that gripped me at the idea of asking people for money was akin to what David must have felt when he confronted Goliath. But there was no other option. After all the help I had already received to build and open the theater, I had to forge forward. There was no possible alternative but to swallow my self-reliance, look my fear of rejection in the eye, and ask my friends and our small band of new patrons for financial help. I convinced myself that they would not find me or our cause worthy of support. But surprisingly, almost no one said no. I discovered that people like helping out. People responded to the stories we wanted to tell, and they wanted to support our endeavor and get involved.

I also discovered that fundraising is not entirely about dollars, but about learning to share a vision and collaborate, not only with artists, but with members of the community who understand and support our vision. I consider myself so fortunate to have formed lifelong friendships with many of our supporters — friendships based not on money, but on the power of working together to tell compelling theatrical stories that build a more compassionate community. I am still amazed that my lonely teenage pastime of shuffling around play titles scrawled out on bits of paper could eventually lead me on a journey that would pry open my heart and spirit and force me to conquer my fears of rejection and relying on others. What a joy to learn that I could form so many rewarding partnerships behind and in front of the proscenium. And I smile at the thought of my isolated teenage self whenever I sit down at my desk and start shuffling play titles around on strips of paper in order to create a new season of art.

I am so touched by your writing Bill, as always. I remember starting at ACT when I was 15 and being shy but not wanting to be. People always say to actors, “How can you be shy and act?” well we know we have the 4th wall. I was insulted when the first class the Young Conservatory suggested I take was speech. I had things to cry about not waist time doing tongue twisters. Were you at ACT too?

I know I have met you, seen you at the theater but I am just beginning to get back into the theater world here via staged audio dramas. I have been in post production and Film , making documentaries, etc for the last 20 years as I have raised my daughter.

A couple of my friends from the old days in NYC are writing plays still in LA, Gary Lennon & James Mellon. I got to see them both this weekend and am ever more touched by theater and the people who love it. When I was in NY I was in a company called Wild Hair Productions and the most successful play from that became a comic book called Starstruck. From the comic world I got back into acting, playing the 1930s character, The Domino Lady.

Glad you have come so far. Thanks for keeping theater alive!

Oh my are you no longer that shy guy!!!! Beautiful writings Bill sharing your story …we your enthusiastic patrons are so blessed !!!! Thank you & Susi fir sharing your vision which consistently culminate in successful productions !!!
Onward to victory all fir one :-)) big hugs & love, Cynnie

From the beginning, Bill, you and Susi have said, “We are a family. We want you to be part of this family, to experience S.F. Playhouse as a family.” You have succeeded in doing that. Of course, as our family grows, we are challenged to retain the same feeling of family we once felt when we were jammed into that tiny Sutter Street foyer; now so many people we have not met, so many unfamiliar faces. But a letter like this in which you share so personally brings back that familial sense.
Personal stories, akin to live theater, are gateways for empathy.
–Jon

I found this reflection so poignant, in part because I was lucky enough to spend a good portion of my lonely teenage years in the beautiful theater you built. How lovely to come full circle.

This gives me great hope that my 16 year old daughter who spends as much time as possible on her bed will be brewing her own brilliance for the future. Indeed your daughter Lauren used to look after her in a kids’ club at San Francisco Tennis Club on numerous occasions. (She is a lovely person by the way!)
I always enjoy my jaunts to SF Playhouse and come to as many plays as I can there!
Thanks for making it happen
Janet

Bill, I really enjoyed reading this a lot. I think it’s because I could relate so much to your experience. Mine has been very similar. For some people I believe that what they fear the most is the thing for which they have a genuine talent. Somehow, in some way, it’s going to emerge no matter what.

I love the SF Playhouse. Your productions are amazing! I am fairly new to the Bay area, and discovered the SF Playhouse a few years ago. I lived in Nova Scotia Canada for thirty years where small theatres that produce outstanding plays are dotted about the remotel island province, in the strangest of places; in little churches along the coast, old schoolhouses, some with no more than twenty seats. Even resident homes are occasionally turned into a theatre for a week, with scene sets created in different rooms, and the audience moving with the play as it unfolds. The Neptune Theatre in Halifax, with a population of 125 thousand, boasts three theatres; it’s always sold out. The SF Playhouse has that lovely combination of intimacy and state of the art creativity, hepling us all discover and appreciate our humanness. Thank you! Congratulations on your tremendous and well deserved success! Bravo SF Playhouse.

As a MFA candidate ha;f a century ago, I was privileged to assist young persons in just such an apotheosis. However your reference to Groucho Marx is somewhat puzzling. Might you elucidate?