Inspired by actual events, Honey Brown Eyes contrasts the everydayness of domestic settings with the ravages of the Bosnian War. Set in two kitchens, the play follows two soldiers that were once in a band together caught on opposite sides of the war – one who has to face the consequences of his own brutality, and another who comes to terms with his own cowardice. Unlikely partnerships emerge in this play of horror, humanity and stunning relevance. Read the Press Release

This production is no longer on stage. Click here to see what’s playing. Find directions and parking or support us with a donation. 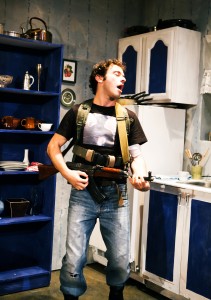 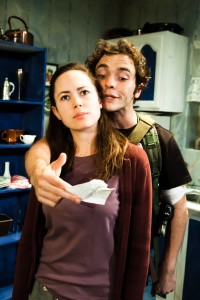 ic Grelli (Dragan) and Jennifer Stuckert (Alma) as he interrogates her 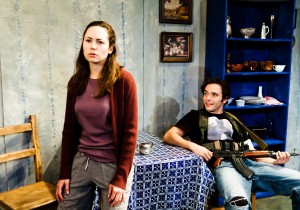 Nic Grelli (Dragan) and Jennifer Stuckert (Alma) discover they knew each other before war. 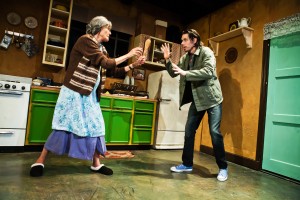 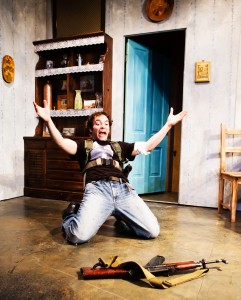 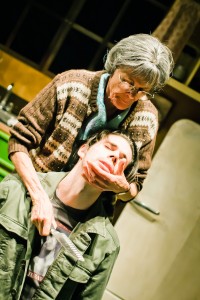 Behind the Scenes of Honey Brown Eyes: