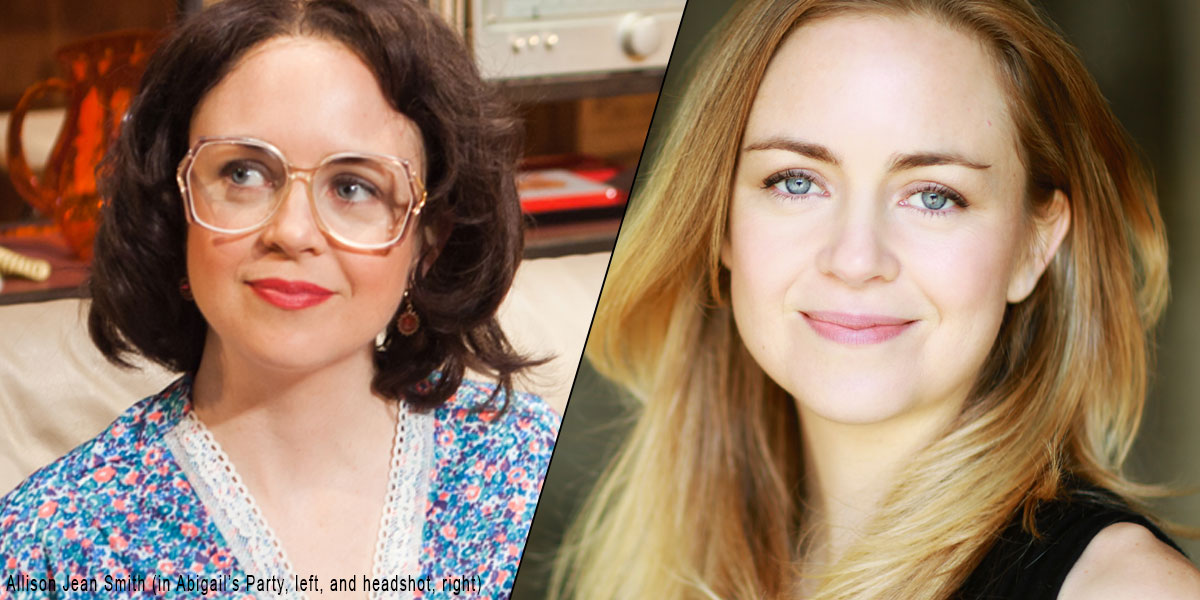 From the Empathy Gym | Transformers

Several years ago, while in the lobby after performances of “Abigail’s Party,” I would find Allison White, who played Angela, chatting with audience members, and I would frequently hear them ask her, “How did you enjoy the show?” We would both laugh, and then one of us would point out that Allison had actually performed in the play. The patrons would always be amazed at how they could not have recognized her.

How do actors fool us like this? How do they change into someone else? Is it magic? Skill? Whatever the explanation, we all know that the person on stage who fully convinces us that she is Juliet, or Medea, or Angela may, in real life, be living in the suburbs with two kids and working as a waiter during the day to help make ends meet.

Yet, somehow she has transformed herself before our eyes. And this repeated, public transformation by the actors gives me faith that every one of us is capable of our own personal transformation. I believe that the art of theatre can inspire transformation by simply proving that it is possible. I often feel inspired leaving the theatre, renewed, somehow filled with hope that change is coming! 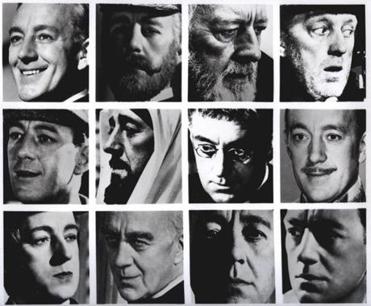 The many faces of Sir Alec Guinness.

But how do they do it? How do actors magically transform into someone else? Somehow, they seem to morph into their character entirely, becoming a new entity. They look different, have altered their movement, speak in a foreign accent. It is as if they have climbed into another body and are no longer themselves. But actually, that is merely an illusion. The truth is that the actor transforms like this by becoming more like her true self, not less.

In high school, I played the oboe and aspired to become a professonal musician. So, I challenged myself to learn the major oboe solos from a compilation called the Vade Mecum of the Oboe, which contained the entire oboe repertoire. I knew that any oboist who wished to succeed had better master it. The actor’s equivalent of the Vade Mecum is everything she has ever experienced, conscious and unconscious. Actors must extensively study themselves because they are the repertoire. Actors can only work with their own raw material. And so they must know themselves and be able to call on the vast reservoir of feelings, attitudes, fears, loves, prejudices, and yearnings that we call the Self.

Actors dig deep into their reservoir in order to affect the transformation we witness, deep into the bottomless ocean of the Self where they discover far more there than they could ever imagine. They are fearless explorers plumbing the catacombs of the undiscovered Self. It takes great courage, since of course, they don’t always like what they find. Actors often have to mine feelings of despair, shame, hatred, bitterness – feelings most of us spend a lifetime avoiding. Actors must also accept the fact that audiences will watch them express these sometimes distasteful motives and emotions. The fear of being seen unfavorably has held many actors back from their full potential. For unless they relentlessly practice the most rigorous self-examination and are willing to expose their darkest parts of their selves to the public, they will never fully transform onstage. Yes, acting is an extremely challenging vocation.

I believe that all of us have the potential to experience our own transformations in our off-stage lives. However, genuine transformation does not occur by simply purchasing a new outfit, losing a few pounds, making new friends, or taking up kick-boxing. Like with the actor, transformation is not about becoming someone else. The word transformation is deceiving in that way. Instead, we transform by digging deeper into ourselves, by opening up all the closets and airing out the emotional wardrobe inside, by relentlessly looking at our uglier sides straight in the eye, by owning up to everything we are. Then, we feel truly transformed. I can only become Macbeth by finding the greed, ambition and murderous rage within me and giving them lovingly to the world. I can only become the Self I wish to be by owning and accepting all of the parts of myself that I prefer to hide. Only then will I feel free and somehow “changed.” Watching this type of transformation occur onstage reminds us that transformation is possible. The more difficult concept to comprehend is that the Self one wishes to become, for both the actor and the audience, lies hidden within, waiting to be summoned and set free.

I really enjoyed your reflections on acting and living ones life fully. There is truth to what you say! And it explains the fullness of some people one runs into as they have not explored themselves enough to offer up anything to the outside world. Maybe it also explains the attraction followers have to Trump. He’s fully expressing and acting out what others dare not so it makes us laugh, cringe, hate or adore.

Thanks, Bill. I appreciate your thoughts and look forward to your posts every month. So far, I agree with everything you have to say. –John

Bill, As always, I much appreciate the insights that you share with us. I suppose that what you are saying about actors applies to all performers; i.e., you must release the protections around your psyche in order to allow your true energies, passions … your true self to be expressed and to engage with your audience. I admire those who can do that.
The thing I don’t understand is that psychologists tell us that by allowing the expression of this inner self, in particular our dark side, and by embracing and accepting that inner self, again, especially our dark side, we become more whole, more integrated, less psychologically constipated. Yet, it is not evident to me that this is the experience of actors. The release of inner self on stage doe not seem to carry over to their lives off stage.
Perplexing.

, I was into The Beatles, Elvis, Led Zeppelin, etc. in high school when others were listing to modern music. In general, though, I don’t think you can fault someone for not knowing a band th8t1#a2&7;s now almost 40 years old. Although 17-year-old girls like you give me hope!