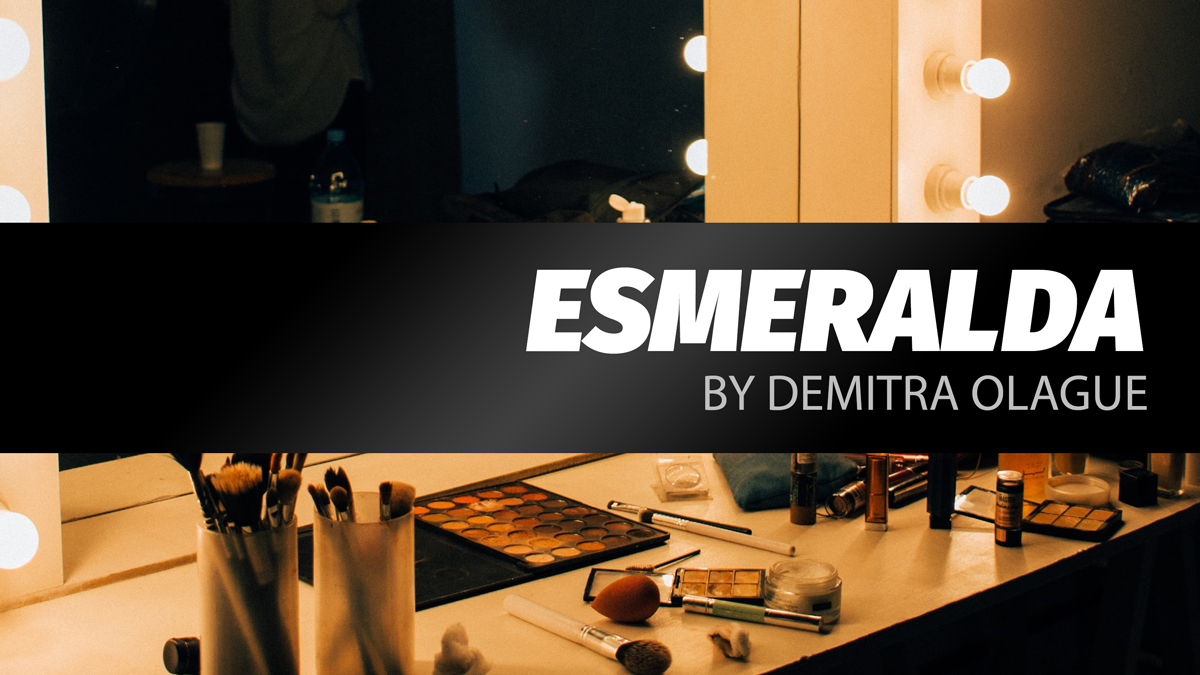 As she gets ready for her brother’s wedding, Esmeralda lures Gabriel into her room. Her words are a masterful dance ensnaring Gabriel. But what is she planning?

Demitra Olague
Demitra Olague is an artist born in Mexico and currently living in the United states. She is an avid fan of transferring the thoughts in her brain onto paper, often creating stories from personal experiences, most which are still being processed, and her contradicting emotions.

Gabriel Montoya
Gabriel Montoya is a Mexican-American actor-director-writer-producer and teaching artist who loves to create work that reflects the important issues of our times. In 2014, Gabriel and his wife’s production company, The Department of Badassery, made theatre history by simultaneously premiering the play, Don’t Be Evil, live onstage and in virtual reality. In the Bay Area, Mr. Montoya has appeared in productions by Magic Theatre, Berkeley Rep, Brava Theatre, Central Works, The Custom Made Theatre Co., Word for Word, The Pear Theatre, and SF Playhouse. Mr. Montoya was also a part of the original cast of the immersive theatre hit “the Speakeasy” in San Francisco. He has most recently appeared in Cutting Ball Theatre’s virtual production of Charles L. Mee’s Utopia. Mr. Montoya also spent a decade working as a sports reporter covering the world of professional boxing both in print and video.