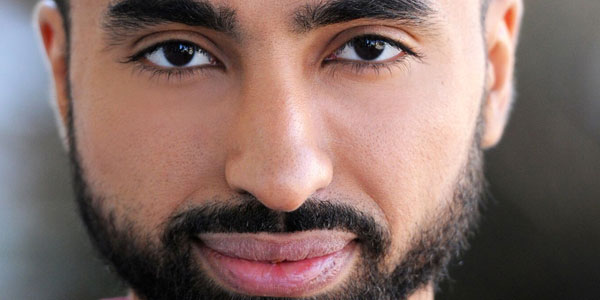 Mohammad’s recent credits include Disgraced at the Seattle Repertory Theatre, Guards at the Taj with Capital Stage, Romeo and Juliet with We Players, I Call my Brothers with Crowded Fire, and StopKiss with TheatreFirst. He has also worked with the Berkeley Repertory Theater, Magic Theater, and San Francisco Shakespeare Festival. He is a company member of the Oakland based Ubuntu Theatre Project–for which he played roles in Death of a Salesman, Waiting for Godot, and an original adaptation of Kurosawa’s Rashomon, written by Philip Kan Gotanda. In 2017 he won “Best Featured Actor” at the Bay Area Critics Circle Awards for his role as Pozzo in Waiting for Godot. He originated the role of Didi in the San Francisco Playhouse sandbox production of In Braunau by Dipika Guha. Last september he closed a staged version of the short stories Victory Lap by George Saunders and Deep Kiss by Tobias Wolff with the San Francisco based company, Word for Word; the production will be touring to France in the spring. He trained at the University of California, San Diego and the British American Drama Academy. He has been a proud member of the Actors’ Equity Association since February of 2016. Please Visit: mohammadshehataactor.com