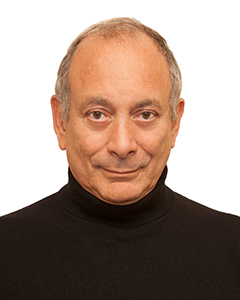 Louis (he, him, his) is pleased to return to the Playhouse where he most recently played Herr Schultz in Cabaret. He has directed many Playhouse productions and performed in over a dozen plays and musicals here, including Art, Born Yesterday, The Nether, Into the Woods, The Fantasticks, Man of La Mancha and the inaugural Playhouse production It Had to Be You. For the past forty years, Louis has also worked as an actor and director with numerous other Bay Area companies, including American Conservatory Theater, Marin Theatre Company, Center REPertory Company, Magic Theatre, and TheatreWorks Silicon Valley, as well as many smaller companies. He has been nominated for San Francisco Bay Area Theatre Critics Circle awards fifteen times – winning five – and has been honored with various other awards for his work. Louis has performed in numerous film, commercial, and television roles and is a proud member of Actors’ Equity Association and SAG-AFTRA.