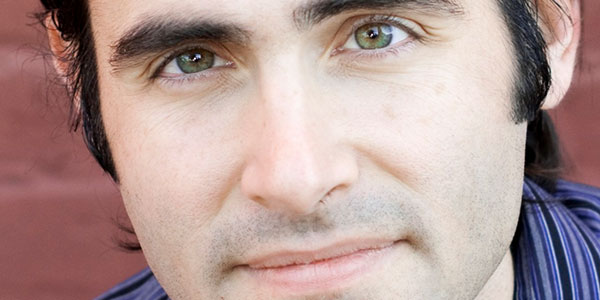 Liam Robertson (he/him/his) is excited to be performing in his first show with San Francisco Playhouse. Theaters he’s worked at include Cal Shakes, Berkeley Rep, Shakespeare Santa Cruz, The Curran, Ross Valley Players, Sixth Street Playhouse. Favorite roles include: Cyrano in Ross Valley Players’ production of The Ladies of the Camellias, Max and Brodie in The Real Thing at Masquer’s Playhouse. Curio in Shakespeare Santa Cruz’s Twelfth Night, and The Lecturer in Narrow Way Stage Company’s Reefer Madness: The Musical. Liam is also a musician who’s played in various groups in the Bay Area including First Church of the Sacredsilversexual, a David Bowie Tribute Band. Liam’s been working in the performing arts for 15 years in various roles aside from acting including music composition, sound design, production management and continually teaching what he’s leaned all over the Bay Area. Liam is currently in residence as a teaching artist and Director of Education at Marin Theatre Company. “The purpose of life is to discover your gift; the work of life is to develop it; and the meaning of life is to give your gift away.” – David Viscott.