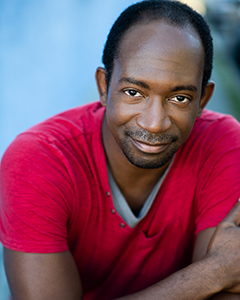 Anthony (he, him, his) is a native San Franciscan, performing here both on stage and in independent films for many years. His theatrical credits include the Narrator/Mysterious Man in Into the Woods, the Sheriff in the West Coast premiere of Groundhog Day, Willie in The View Upstairs, Caractacus Potts in Chitty Chitty Bang Bang, Toad in A Year With Frog and Toad, Louis Armstrong in Ella, the Musical, Tom Collins in Rent, Fred in Smokey Joe’s Cafe, Willie in Master Harold…and the Boys, and Waymon as Hunter Priestess in Good Goods. Anthony has had the joy of working with many storytelling companies, including American Conservatory Theater, Berkeley Playhouse, San Francisco Playhouse, New Conservatory Theatre Center, Oakland Theater Project, and Center REPertory Company. rollinsmullens.com