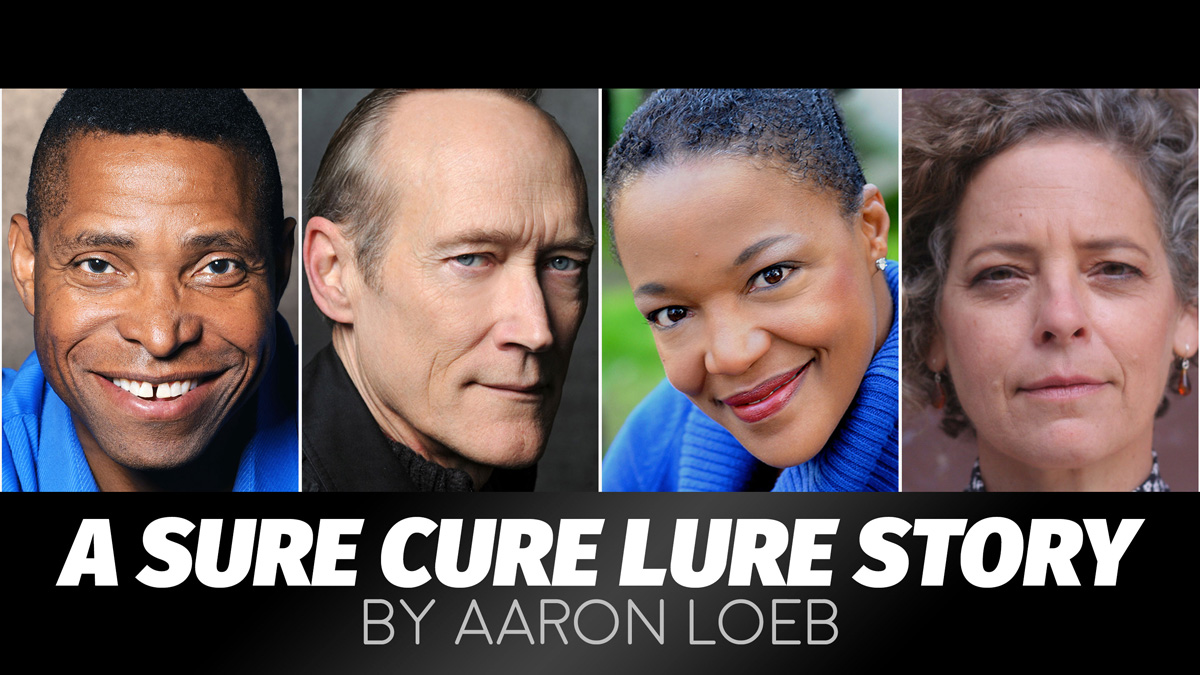 A Sure Cure Lure Story by Aaron Loeb – Zoomlet

A SURE CURE LURE STORY

A Sure Cure Lure Story by Aaron Loeb is about the difficulties faced when talking about privilege. The characters demonstrate the obstacles to privilege regarding race and sex.

Aaron Loeb
Aaron Loeb’s work has been performed around the world. His full-length plays include Ideation (which premiered Off Broadway in 2016), The Trials of Sam Houston, The Proud, Brown, First Person Shooter, Blastosphere (with Geetha Reddy), and Abraham Lincoln’s Big, Gay Dance Party (Off-Broadway premiere in 2010). Loeb received the Will Glickman award for Best New Play in the Bay Area for Ideation in 2013. He is the resident playwright of San Francisco Playhouse and a member of the Dramatists Guild, Inc.

Jon Tracy
Jon Tracy (he/him/his) works internationally as a director, playwright, designer, educator and facilitator. He is the recipient of awards from the Kennedy Center Meritorious Achievement Award, North Bay Artys, Marquee Journalists, Ellys, Bay Area Theatre Critics Circle, and Theatre Bay Area, and has also been honored with the Solano College Theatre Alumni Award. He is a grant recipient from Theatre Bay Area, Shotgun Players’ Bridging the Gap, SUI Generis, and the National Endowment for the Arts. He is the Artistic Facilitator for TheatreFirst, Co-Artistic Director of Groundswell: The International Theatre Intensive, Company Member of both Shotgun Players and PlayGround, as well as a proud member of SDC, the union for stage directors and choreographers. www.jontracyplays.com

James Carpenter as LURE
James Carpenter is an Associate Artist with California Shakespeare Theater and a former Associate Artist with Berkeley Repertory Theatre. Other credits include work at San Jose Repertory Theatre, Aurora Theatre Company, ACT, Marin Theatre Company, Mark Taper Forum, The Old Globe, the Oregon Shakespeare Festival, Yale Repertory Theatre, Santa Cruz Shakespeare, the Huntington Theatre Company, and Intiman Theatre. Screen credits include the feature films The Rainmaker and Metro, the independent films Singing and For the Coyotes, and the series Nash Bridges. Carpenter is the recipient of many San Francisco Bay Area Theatre Critics Circle Awards, including the 2007 Award for Excellence in the Arts and the 2013 Lifetime Achievement Award. In 2010, he was named a Ten Chimneys Foundation Lunt-Fontanne Fellow.

Cathleen Riddley as A
Cathleen Riddley (she/her) is an award-winning Bay Area actor.  Favorite roles include Mercutio in Romeo and Juliet at Queen Mab Productions, every role in Hamlet (seriously – she played them all over the course of a year) and Lena in Brownsville Song: b side for tray at Shotgun Players, Nurse in Medea at African American Shakespeare, Mrs. Price in Tree at SF Playhouse, Mary Tyrone in Long Day’s Journey Into Night at Ubuntu Theater Project and Azucar in Bondage at Alter Theater.  She is passionate about new work and is embarking on a new chapter of her life by exploring directing.  Riddley is a proud member of AEA, and a company member with both Shotgun Players and TheatreFirst. She is an alumna of The Juilliard School, is a nationally certified ASL Interpreter and has a Masters Degree from University of Pennsylvania.

Stacy Ross as SURE
Stacy Ross is pleased to be working again with the Playhouse and director Jon Tracy, as well as her fellow cast members. Because it’s been too damn long.