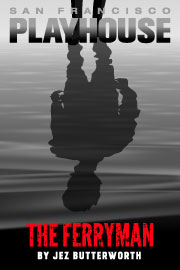 “Magnificent drama … that takes the breath away” – The New York Times

It’s 1981 in Northern Ireland, and the Carney farmhouse is a hive of activity with preparations for the annual harvest. A day of hard work on the land and a traditional night of feasting and celebrations lie ahead. But this year they will be interrupted by a visitor. The Ferryman was the recipient of 4 Tony Awards in 2019, including Best Play.