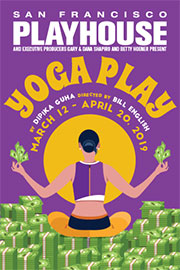 At the top of their game, yoga apparel giant Jojomon is hit with a terrible scandal that sends them into freefall. Desperate to recover their earnings and reputation, newly hired CEO Joan stakes everything on an unlikely plan. Yoga Play is a journey towards enlightenment in a world determined to sell it. 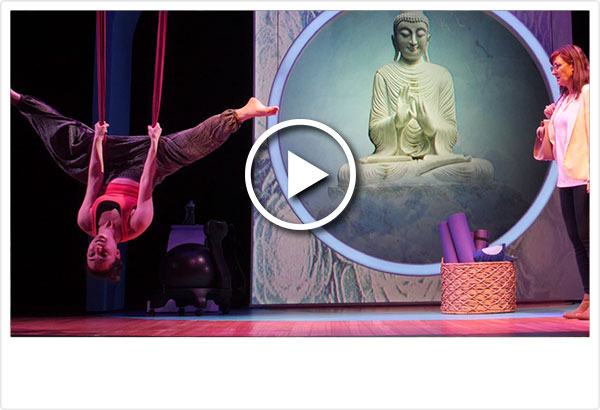 Dipika Guha was born in Calcutta & raised in South India, Russia and the United Kingdom. Her plays include Yoga Play (South Coast Rep, Moxie Theatre & SF Playhouse), The Art of Gaman (Theatre 503 London, Relentless Award semifinalist) and Unreliable (Upcoming: Kansas City Rep). Recent works includes Azaan, a play for for Oregon Symphony Orchestra, In Braunau for Playwrights Horizons Theatre School, contributions to You Across From Me (Humana, Actors Theatre of Louisville) and Elizabeth for the McCarter Theatre’s Princeton and Slavery Project. Dipika’s current commissions include South Coast Rep, Manhattan Theatre Club/Sloan, Barrington Stage and Oregon Shakespeare Festival. She was a Hodder Fellow at the Lewis Center for the Arts at Princeton University, the inaugural Shakespeare’s Sister Playwriting Fellow with the Lark Play Development Center, A Room of Her Own and Hedgebrook and is a current Venturous Fellow for her play Passing. Dipika earned her undergraduate degree at University College London, a Frank Knox Fellowship from Harvard University and an M.F.A from the Yale School of Drama under Paula Vogel. For television she’s written for American Gods, Paradise Lost, Sneaky Pete and is currently writing for Rainy Day People at AMC.