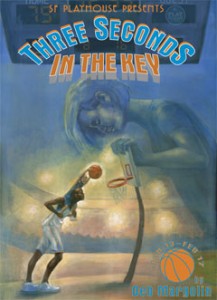 No one experiences the world quite like Obie award-winning artist Deb Margolin. Her latest journey is a trip through recovery, motherhood, and the New York Knicks’ 1999 season. Three Seconds in the Key is the story of one mother’s fall and rise as she competes with Hodgkin’s disease for her son and her identity. It is a hilarious and heart-wrenching chronicle of coping with illness and coming to terms with the chronic low-grade ecstasy of dancing in and out underneath the basket. The truth is, you’re only allowed three seconds in the key.Read the Press Release