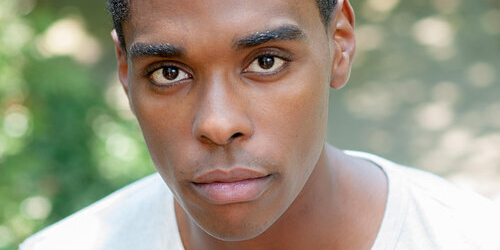 Rodney Earl Jackson Jr. made his Broadway debut in The Book of Mormon and was last seen at American Conservatory Theatre in the West Coast premiere of Toni Stone. Prior to that he traveled North America in the first national tour of Motown: The Musical. A San Francisco native who built his love and foundation for art and theatre in public city organizations such as SFartsEd, San Francisco Recreation and Park’s Young People’s Teen Musical Theater Company, and the Ruth Asawa San Francisco School of the Arts’ where he graduated from the theatre department. He is now the Artistic Director and Co-Founder of the San Francisco Bay Area Theatre Company.  Other theatre credits:  Ain’t Too Proud: the life and times of the Temptations (Berkeley Repertory Theatre),  I, Too, Sing America (San Francisco Bay Area Theatre Company), She Loves Me (San Francisco Playhouse). Carnegie Mellon School of Drama BFA. @rodneyearljacksonjr