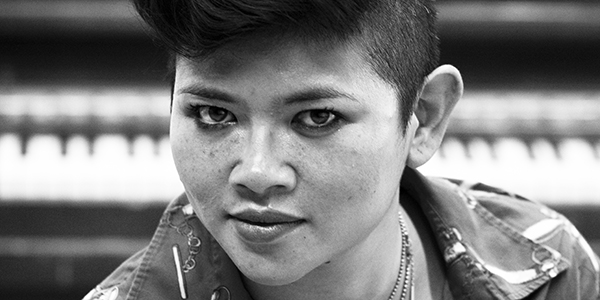 El Beh is ecstatic to be returning to the Playhouse after playing Mash in Stupid F**king Bird, the Baker’s Wife in Into the Woods, and rocking the cello in Bloody Bloody Andrew Jackson. A San Francisco-based theatre artist, performer, musician, singer, composer, mover, and educator, they have been lucky to perform locally at Berkeley Playhouse, Berkeley Repertory Theatre, California Shakespeare Theater, Center REPertory Company, the Curran Theatre, detour dance, EmSpace Dance, Erika Chong Shuch Performance Project, Magic Theatre, Mugwumpin, Pacific Repertory Theatre, Shotgun Players, and Z Space. El is a co-host of Drag Spectacular Spectacular and a proud company member of Mugwumpin, Shotgun Players, and detour dance. Their cello playing has been heard with such folks as The Bengsons, Taylor Mac, and the Bay Area Rainbow Symphony, and their music direction and compositions have been heard at detour dance and Magic Theatre. El was named one a 2017 Bay Brilliant Artists to Watch by KQED and you can see them next on the national tour of the award-winning Hundred Days with The Bengsons. “Lots, Charles. Lots.”