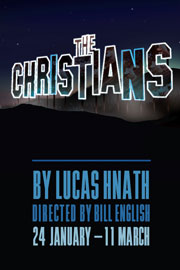 THE CHRISTIANS Tickets: from $35

“More than most plays, this one will provoke deep thought and interesting conversation, if you give it the attention it deserves.” – Charles Kruger, Theatrestorm

In just ten years, Pastor Paul’s modest ministry has grown into a massive megachurch, with thousands of believers coming through its doors each week. But as Paul wrestles with his own faith, he moves to preach a sermon that will shake the foundation of his congregation’s beliefs. Backed by a live choir, The Christians is both epic and intimate, an unflinching look at faith in America — and its power to unite or divide.

DIRECTOR BILL ENGLISH ON ‘THE CHRISTIANS’ 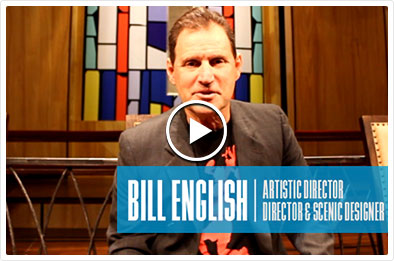 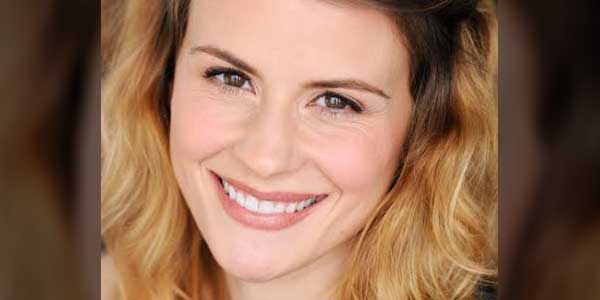 Millie Brooks is an actress and director here in the Bay Area. She received her BFA in Acting from DePaul University’s Theatre School in Chicago, Illinois. Credits include The BFG, Eurydice, A Very Old Man with Enormous Wings directed by Carlos Murillo, and San Francisco Playhouse’s production of Stage Kiss directed by Susi Damilano. Millie is a company member at Playground and the Executive Director for San Francisco’s premier sketch comedy troupe, Killing My Lobster. 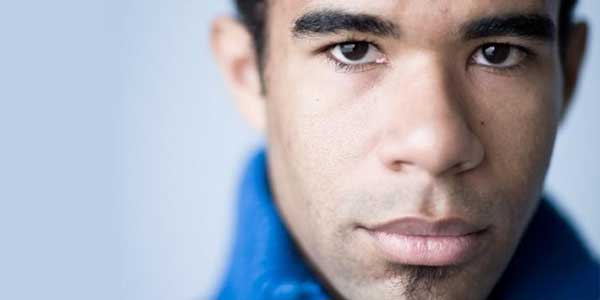 Lance Gardner* is a Bay Area Native who has performed in numerous stage productions over the last 10 years. The Christians is his first show at the San Francisco Playhouse. He most recently performed in Safe House at Aurora Theatre Company in Berkeley, and prior to that, completed a stint at CalShakes where he was seen in Much Ado About Nothing, Fences, You Never Can Tell, and Othello. He lives in the mountains and sings in the shower. 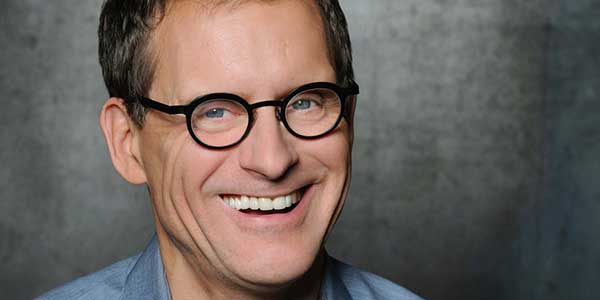 Anthony Fusco* is delighted to be making his San Francisco Playhouse debut! A Bay Area actor since 1999, Fusco has performed in more than 40 productions at the American Conservatory Theater (where is he is a Resident Artist), most recently A Christmas Carol, The Hard Problem, Love & Information and Ah, Wilderness!. Other local credits include Sister Play at Magic Theater, Vanya & Sonia & Masha & Spike and The Intelligent Homosexual’s Guide to Capitalism and Socialism with a Key to the Scriptures at Berkeley Rep., and a dozen plays at the California Shakespeare Theater including Much Ado About Nothing, King Lear, The Tempest, and Candida. In New York he appeared in The Real Thing and The Real Inspector Hound (Broadway), The Holy Terror, Life In The Theatre, Cantorial, and Man and Superman (Off-B’way), and while based there, in many regional theatre productions around the country. He trained at Juilliard and The Barrow Group 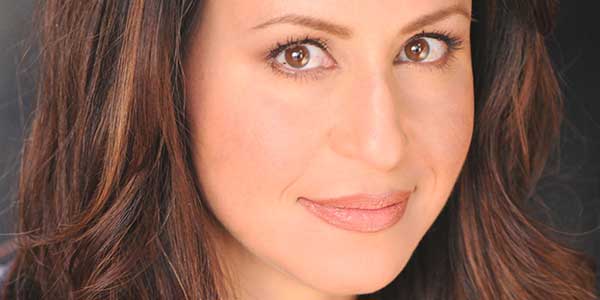 Stephanie Prentice* is excited to be returning to the San Francisco Playhouse where she previously appeared in Company, and Our Lady of 121st Street. Past Bay Area productions include The Boy Friend, Baker Street (42nd Street Moon), Value Over Replacement, Best of PlayGround 20, Best of PlayGround 19 (PlayGround), The Farm (Shotgun Players), and Comedy of Errors, Romeo and Juliet, Twelfth Night (Shakespeare at Stinson.) Stephanie is a Bay Area native, and a proud member of Actors’ Equity. She is a graduate of the Santa Clara University Theatre and Dance program, and has been a member of the Santa Clara University voice faculty since 2005. Stephanie is a PlayGround company member, and also serves on the Creative Development Board at TheatreFIRST in Berkeley.

Warren David Keith* appeared as Sims in the San Francisco Playhouse production of The Nether. Most recently he appeared in King Charles III at ACT. He has also worked at Berkeley Rep, the Aurora Theatre, California Shakespeare Theatre, Theatre First, Marin Theatre Company, TheatreWorks, Word for Word and at the Marsh Berkeley/Marsh San Francisco in a solo show, Acid Test: The Many Incarnations of Ram Dass by Lynn Kaufman. His film credits include: Raising Arizona, Fargo, The Big Lebowski, and A Serious Man. He teaches at American Conservatory Theatre and at the Nueva School. 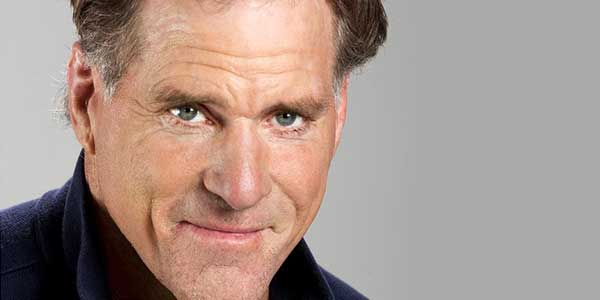 Marty Lee Jones is thrilled to be back at the Playhouse where he previously understudied for Red Velvet and Seared. Marty comes from the Santa Cruz Theater Community where roles included Slim in Of Mice and Men and MP in The House Of Blue Leaves (Jewel Theatre Company), and Judge Ives in Judgment at Nuremberg (Judge Ives), Dogberry in Much Ado About Nothing, and Ray in Blackbird (Cabrillo Stage). Numerous roles at Mountain Community Theater include Steve in August: Osage County, Dwayne Hoover in Breakfast of Champions, and Astrov in Uncle Vanya. He can frequently be seen in University of California, Santa Cruz senior film projects. He thinks under the stage lights of San Francisco is the place to be! 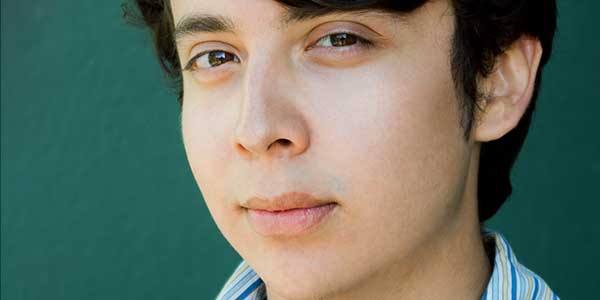 James Mayagoitia is very excited to be making his San Francisco Playhouse debut! Locally, James has recently been seen in Ray of Light Theatre’s award-winning productions of Heathers: The Musical (Boy 1) and The Rocky Horror Show (Phantom), and The Wild Party (Oscar D’Armano)! Previous favorite credits include one of the Hedwigs in Hedwig and The Angry Inch (Boxcar Theatre), Paul in A Chorus Line (SFSU), and The Slave in Candide (Lamplighters Music Theatre). James is a founding member of 11th Hour Ensemble (an ensemble-based theatre company); a classically trained singer, director, and teaching artist; and holds a BA in Drama (Magna Cum Laude) from San Francisco State University. Many thanks to his BF, friends, and family for their continued love and support.

Samantha Pistoresi is honored to be working with San Francisco Playhouse. She is a graduate of Santa Clara University where she received her B.A. in Theatre and Dance. During the day, she is the Program Coordinator for the Arts for Social Justice Program at Santa Clara University, and the Artistic Director for the non-profit theatre company The Audacity Performing Arts Project, Inc. Some of her favorite past productions include Beauty and the Beast (Babette), A Chorus Line (Bebe), Little Shop of Horrors (Audrey), 9 Circles (Young Lawyer/Shrink), and Escaping Queens (Laura). She would like to thank her family and her fiancé Nick for their continued love and support. For more information, visit www.SamanthaPistoresi.com

Nic A. Sommerfeld is excited to be performing at SF Playhouse for the first time. Nic is an actor and playwright from Montana, who received their degree from Santa Clara University. Most recently Nic was in Star Trek Live (Spock) at SF Oasis and Margaret of Anjou (Prince Edward/Rutland/Nurse) with Those Women Productions. Other credits include Confessions of a Catholic Child at the Exit Theatre, Macbeth at Berkeley Rep, Club Inferno with The Thrillpeddlers, Love’s Labour’s Lost (the musical) at The Douglas Morrison Theatre, Blood Brothers at Alterena Playhouse, Julius Caesar and A Midsummer Night’s Dream with The San Francisco Shakespeare Festival, and 1776 with Tabard Theatre Company. By day, Nic is a Segway Tour Guide at Fisherman’s Wharf. Nic would also like to thank their friends and colleagues for their love and support.

“Lucas Hnath has something new to say that we had best see and hear and think about at S.F. Playhouse: A hit, a palpable hit.” – Theatrius

“There’s no two ways about it: The Christians is magnificent” – Theatre Arts Daily

” I’m not always drawn to plays about religion … To say I was pleasantly surprised would be an understatement.” – The Huffington Post

“A church in turmoil at San Francisco Playhouse” – Arts Preview

“If you like insightful, thought-provoking theatre, acted and directed with passion and verve, The Christians is a little slice of heaven.” – Two on the Aisle

“Beautifully written, intelligent, and challenging and likely to provoke some interesting conversations” – The Rumpus

“The Christians demands attention.” – For All Events

“The Christians is a play hard to let go of as it continues to fodder further discussion and debate long after attending..” – Theatre Eddys

“Live theater can entertain, inform, and occasionally challenge thought. The Christians manages to bring it all to the stage in “The Christians,” without isolating a specific religion or championing one belief against another.” – Marinscope