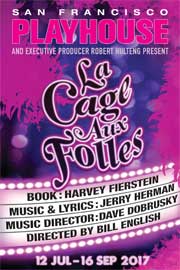 Music and Lyrics by Jerry Herman

Georges manages a Saint-Tropez drag-show nightclub headlined by his longtime love and partner Albin. Things are looking up until Georges’ son, Jean-Michel, brings home his fiancée’s highly conservative parents to meet them. Winner of 6 Tony Awards including Best Musical, La Cage aux Folles glimmers with French flair and celebrates love, romance, and being true to who you really are. 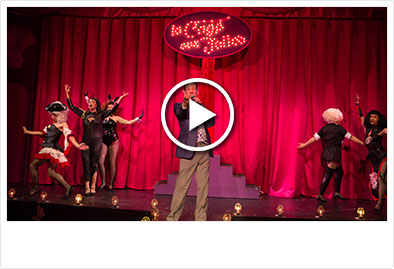 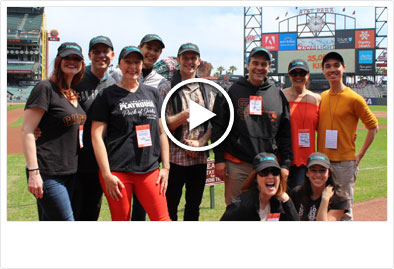 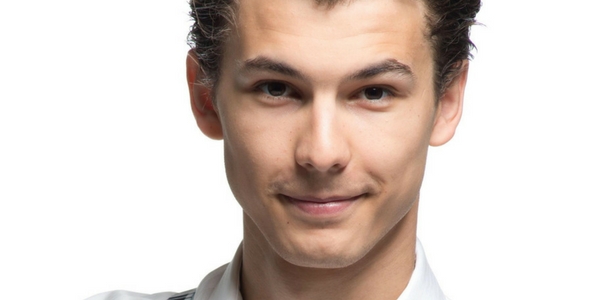 Nikita (Jean-Michel) is honored to be returning this season to San Francisco Playhouse. A local Bay Area award winning actor, Nikita has been in countless productions all across the Bay, having the honor of performing as some of his favorite musical theater roles. Recent credits: Frank Abagnale Jr. in the regional premiere of Catch Me If You Can (Woodminster Amphitheater), a Theatre Bay Area (TBA) Award winning performance as Judas in Jesus Christ Superstar (Stage 1 Theatre), a TBA nominated and Bay Area Theatre Critics Circle (BATCCSF) nominated performance as Tony in West Side Story (Broadway By The Bay), Fector/Berntsein U/S in Dogfight (San Francisco Playhouse), Drew Boley in the Regional Premiere of Rock of Ages (Center REPertory Theatre), Jesus in Jesus Christ Superstar (Tri-Valley Repertory Theatre), Bobby Strong in Urinetown (Berkeley Playhouse). He sends much love to Mom, Dad, Grandma, Danila, Liz, and his vocal coach Matthew Liebowitz. Enjoy! 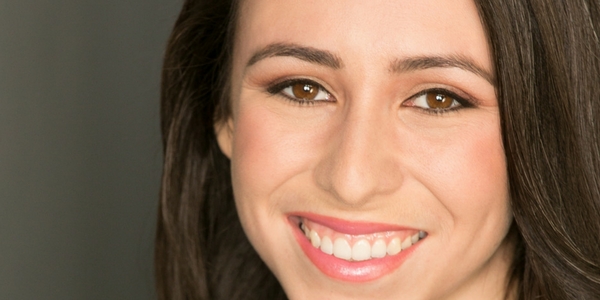 Samantha Rose (Anne) is thrilled to return to SF Playhouse after making her debut last summer as Mallory/Avril in City of Angels! Most recently seen as Nanette in 42nd Street Moon’s No, No Nanette. Other favorite roles include: Maria (West Side Story, Broadway By the Bay), Nina (In The Heights, Broadway By the Bay), Ariel (The Little Mermaid, CMT Marquee Productions), Olive Ostrovsky (Spelling Bee, Hillbarn), Emily Webb (Our Town, Foothill), and Heather Duke (Heathers: The Musical, Ray of Light Theatre). Thank you to the entire SFP staff, her fiercely talented castmates and crew, and to her teachers Mindy Lym and Bobby Weinapple. Endless love to family and friends who support her dreams and to YOU who are here today! 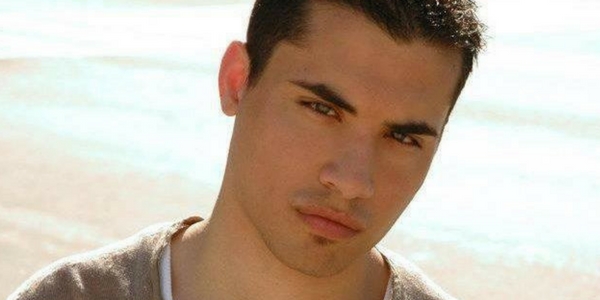 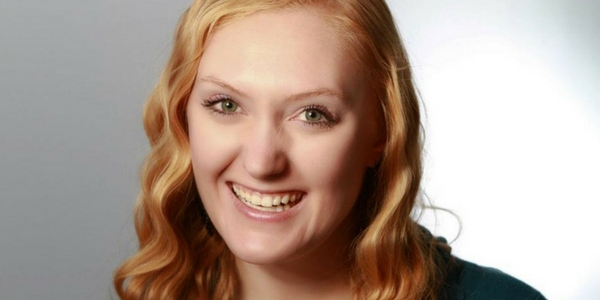 Morgan loves her Playhouse family! Recently Morgan was Morticia in The Addams Family, in the woods with Palo Alto Players as the Stepmother, took a trip to the library in She Loves Me as Ilona, and learned ASL to play Sylvia in Tribes at the Pear Theatre.  She also played April in Company here at SF Playhouse. She is also a choreographer and director, most recently working on My Fair Lady at SBMT. Morgan is very passionate about arts education, and started both the drama and dance programs at Eastside College Preparatory School in 2013.  Keep up with her at www.morgandayley.com 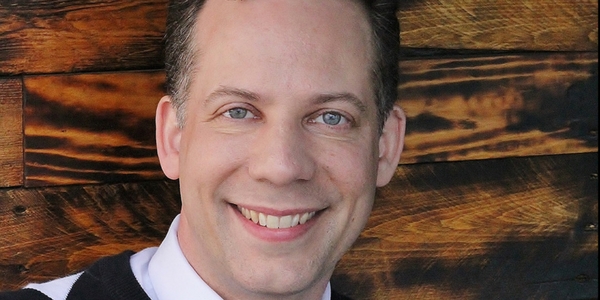 Ryan Drummond* (Georges) A graduate of Eastern Michigan University, Mr. Drummond has been making a living at this acting/singing thing for 24 years and counting. In that time, he’s been in a world premiere play written by Aaron Sorkin, made three albums with his acappella group (The A.Y.U. Quartet), became a certified trainer of Polish and French mime, juggled for orcas and otters at Sea World of San Diego, harmonized mid-ocean on Regency Cruise Lines, didn’t make the cheer squad in Bring It On, nearly had his nose blown off by a confetti cannon in Kauai, was the original voice of “Sonic The Hedgehog” in millions of videogames across the world, is a member of AEA, SAG-AFTRA, and AGVA, and has been doing theatre constantly since 1980 when he was cast in his first show. Google his name for minutes of fun! 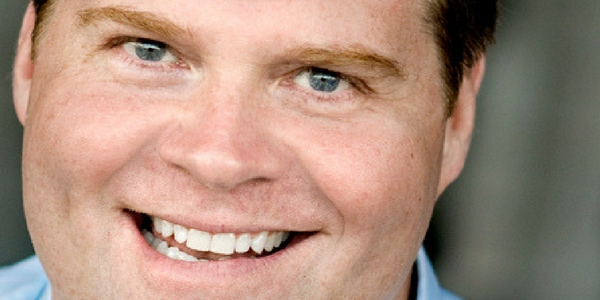 John Treacy Egan* (Albin) is thrilled to be performing at The San Francisco Playhouse. Recently appeared Off Broadway as Newt Gingrich in Clinton the musical. His recent credits include the tony-nominated Casa Valentina at Manhattan Theater Club. He played Chief Berry in Nice Work If You Can Get It and created the roles in the Broadway productions of Sister Act (Joey) and Disney’s The Little Mermaid (Chef Louis). He played Max Bialystock in the Broadway Production of The Producers as well as the roles of Roger DeBris and Franz Liebkind. He was an original cast member of the Broadway production of Jekyll & Hyde and Roundabout’s Bye Bye Birdie. He has toured the U.S. and Europe in productions of Kiss me Kate and CATS. Off-Broadway, John created roles in Howard Crabtree’s When Pigs Fly!, Disaster The Musical, It Must Be Him and Batboy The Musical. He has performed at Carnegie Hall as Nicely Nicely in Guys & Dolls with Nathan Lane and Megan Mullaly. He was also performed with Josh Groban in The Actor’s Fund of America Benefit of Chess. Regionally, John has performed with Yale Reparatory Theater in The Servant of Two Masters. He has appeared on television in Younger, The Good Wife, The Knick, Boardwalk Empire, Nurse Jackie, 30 Rock, Cupid, Law & Order, and the films Last Night, and the film version of The Producers. He can be heard on many theatrical recordings as well as his own solo CDs Count the Stars and On Christmas Morning are available on itunes and cdbaby.com. 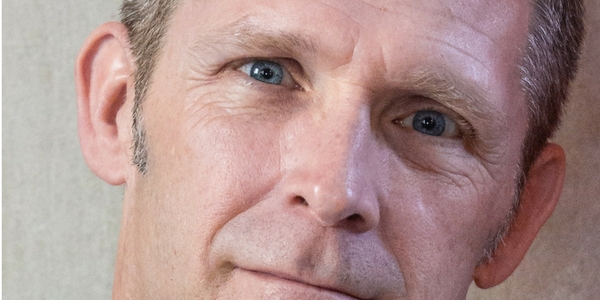 Robert Faltisco (Francis/ U/S Dindon, Renaud & Georges) most recently played Michael in Berkeley Repertory Theatre’s For Peter Pan on Her 70th Birthday and George in The Speakeasy. Other stage credits include: San Francisco Playhouse’s Stage Kiss (u/s Director and Husband) and American Conservatory Theater’s Home is Where and Stories from the ‘Loin (both original works co-created with A.C.T.’s Stage Coach). Favorite L.A. roles include Max in Suburban Motel, Dr. Dark in Burning Desires, Noah Joad in The Grapes of Wrath and Christopher in Elegies for Angels, Punks and Raging Queens. Other regional credits include All My Sons, Major Barbara and Chekhov’s A Marriage Proposal.  Film work includes shorts: Alone, Red and Rhapsody on Rails; and features: Godzilla and Alien: Resurrection. He is a graduate of the American Academy of Dramatic Arts and recently completed his master’s thesis on Tennessee Williams earning an M.A. in Humanities/Literature. 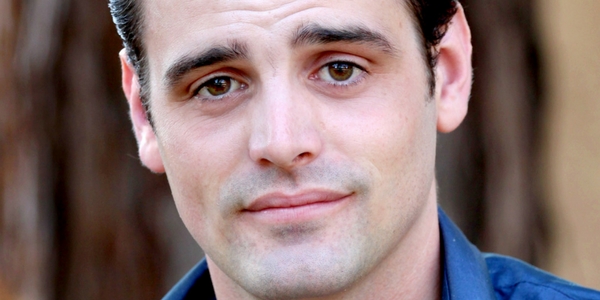 Josiah Frampton (Swing (U/S Francis, Jean-Michel) is excited to work with San Francisco Playhouse. He was recently seen at Broadway by the Bay’s productions of Beauty and the Beast and Oklahoma. Other credits include City Lights Theatre where he played Riff in their production of West Side Story and Patsy in Spamalot. He has also worked with Cabrillo stage in multiple productions including playing Manny/Freddy in Escaping Queens (2012-13), Ensemble in The Full Monty (2011), and Ernst in Cabaret (2010). He has also had the pleasure of working with Tabard Theatre as Clive in See How They Run (2011), and Hillbarn Theatre in the Quartet of Will Roger’s Follies (2011) where he was taught some fun roping tricks. 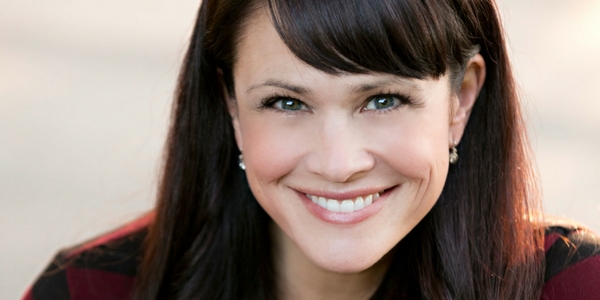 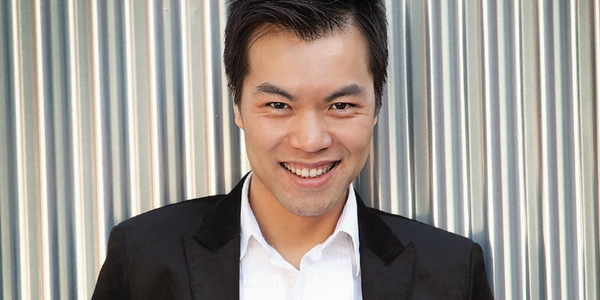 Alex Hsu* (Cagelle) is thrilled to make his debut at San Francisco’s premiere professional musical theatre with La Cage. He has appeared all over the country in special productions of Broadway’s Irving Berlin’s White Christmas (dir. Walter Bobbie) and Atlanta Theatre of the Stars’ tour of The King and I (dir. Baayork Lee) starring Stefanie Powers. Regional highlights include the world premiere of Tales of the City: The Musical at A.C.T. directed by Jason Moore, Miss Saigon (Westchester Broadway Theatre), Gypsy (AMT of San Jose), and Pacific Overtures (TheatreWorks). As a choreographer, Alex’s work has been most recently been seen in Hillbarn Theatre’s production of Sweet Charity last season as well as productions of Spamalot at Hillbarn, SBMT’s Gentlemen Prefer Blondes and Guys and Dolls, and 42nd St. Moon’s Strike Up the Band.

Noelani Neal (Swing U/S Anne/ Angelique/ Collette) is thrilled to return to the San Francisco Playhouse once more. You may have last seen her in Into The Woods as Rapunzel. Other favorite California credits include Cassie in A Chorus Line (Cabrillo Stage), Jackie in The Wild Party (San Jose Stage), Bombalurina in Cats (Broadway at the Gardens), Roseamund in Where’s Charley (42nd Street Moon), Fraulein in Kost/ Fritzie in Cabaret, and Brooke Wyndham in Legally Blonde (Hillbarn Theatre). Up next, she’ll be taking on Cyd Charisses’s track in Broadway By the Bay’s Singin’ In The Rain. 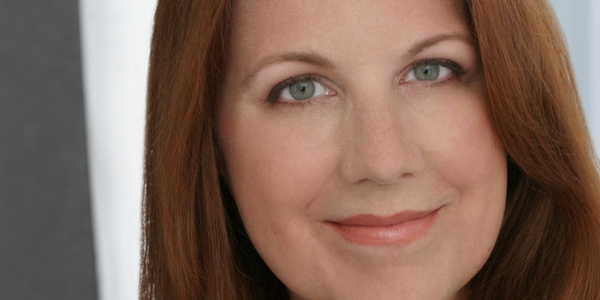 Lee Ann Payne* (Jacqueline, Mercedes, Dance Captain): Lee Ann is thrilled to make her debut with SF Playhouse.  Recent credits include Sue Smith, No, No, Nanette!; Diana, Next to Normal; Mrs. Weston, Jane Austen’s Emma; Dorothy Brock, in 42nd Street; and the Witch, et al in The Snow Queen.  Lee Ann works as a local director and choreographer in SF and South Bay, and she is the resident choreographer at Jewel Theatre in Santa Cruz.  She holds an MFA in Musical Theatre from San Diego State University and is a proud member of AEA. For Ehud. 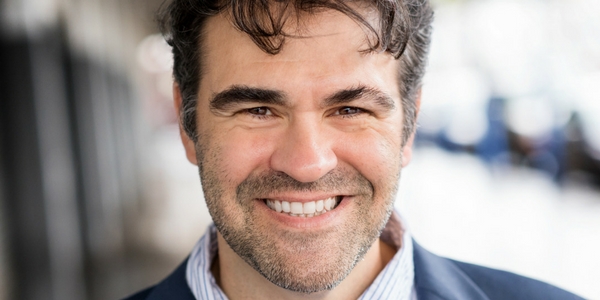 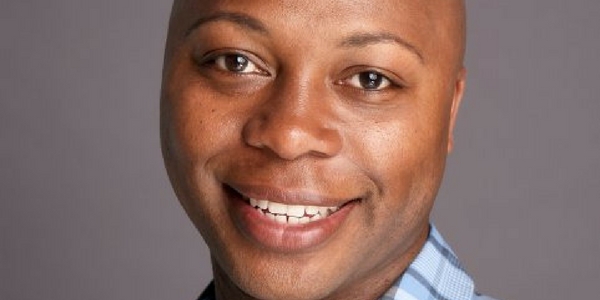 Brian Yates Sharber* (Jacob/Ensemble, U/S Albin) is grateful for the opportunity to return to the world of theatre following a six-year hiatus, during which he successfully completed his Bachelor of Arts degree in Communication Studies with emphases on Legal and Political Issues in the United States, & Conflict Resolution. Following the run of this production Brian will return to SF State University to conclude the certificate program in Conflict Resolution. Every day truly is a day of Thanksgiving. Film & Television: Milk, All the Others Were Practice; No One Sleeps; Nash Bridges; Trauma Bay Area theatre credits include: Coraline (The Cat), Cabaret (Emcee), Putting It Together at the San Francisco Playhouse; Marine’s Memorial Theatre; TheatreWorks; Marin Theatre Company; Aurora Theatre; 42nd Street Moon and Theatre Rhinoceros. 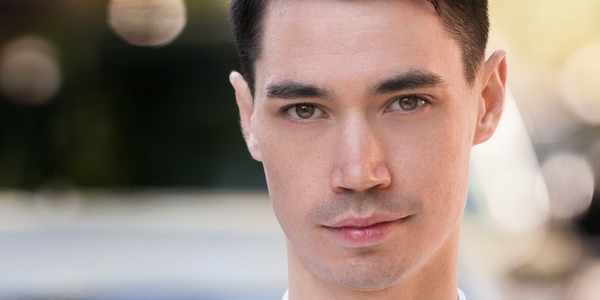 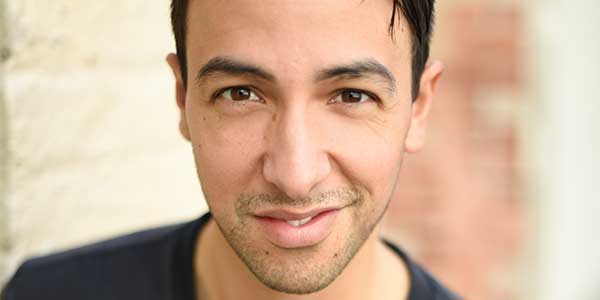 John Paul Gonzalez (Tabarro/ Hanna) is #blessed to be at the Playhouse again this summer! Other San Francisco Playhouse credits include City of Angels, Company, Into the Woods, and Camelot. Catch him this fall as Cordelia in D’Arcy Drollinger’s, Buffy The Vampire Slayer Live!, and this winter in The Bracebridge Dinner in Yosemite National Park. Love to Cameron, Elina, and Adam.

“It’s the kind of work that sneaks up on you, wrapping its message in a rainbow palette of “sparkle dust, bugle beads, ostrich plums” and songs of confidence and self-esteem.” – Two on the Aisle
“★★★★★Harvey Fierstein’s (book) and Jerry Herman’s (music and lyrics) La Cage aux Folles in a production that once again is to prove that San Francisco Playhouse knows how to stage summertime musicals that soar in their excellence, ingenuity, and downright fun.” – Theatre Eddys
“The performances by the actors in that central family trio are so solid and sweet.” – Chad Jones, TheatreDogs
“The Tony-winning chestnut that celebrates the life-affirming love and pride of a gay couple.” – Mercury News
“There’s a lot of talent and a lot of love in this musical. A Must See.” – Theatrius
“Smartly considered, relatively mellow version that puts more emphasis on charm than farce.” – The Broadway Blog
“A love story, sweet and spicy.” – The Daily Journal
“All the marvellous original songs are intact and the “Les Cagelles aux Folles” are equally hilarious and appropriately graceless” – Theater World Internet Magazine
“This production ranks right up with the other professional productions I have seen.” – Talkin’ Broadway
“It has everything — acting, dancing, intelligence and heart.” – SF Theater Blog
“This bizarre mix of comedy, glitz and thought-provoking sentiments is too good to miss.” – ArtsPreview
“I am now head over heels in love with SF Playhouse’s Bill English and Susi Damilano, who are the artistic brains behind SF Playhouse and have blown me away show after show. “La Cage” is no exception.” – Progressive Pulse
“La Cage is much more than just a drag show, and like Cabaret and Chicago, there’s a deeply moving human story of acceptance, tolerance and the true meaning of familial love.” – For All Events
“I have one word of advice: Relax. This is a stunning show. Sit back and enjoy.” – PacificSun
“You’ll laugh, you’ll hum, you’ll applaud. All of the performances charm.” – TheatreStorm
“The frayed edges of La Cage aux Folles are affectionately attended to in its current iteration at SF Playhouse.” – SF Weekly
“Director Bill English took the French play by Jean Poiret and adapted it to music written by Jerry Herman – with meaningful, timely lyrics wrapped in catchy showtunes.” – Marin Magazine
“An evening of fantastic drag, incredible music, and heartfelt characters.” – On Stage Blog
×