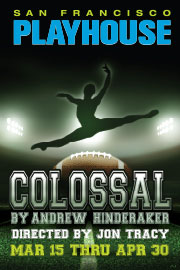 Dazzling … a play unlike any I’ve ever seen- Chad Jones, Theaterdogs

It truly is colossal … an exciting 65 minutes of innovative theatre.- Talkin’ Broadway

When football and dance collide, you get more than you bargained for. Start with four full quarters and a half-time show, complete with a dance company, a drum corps, and a fully-padded cast: what have you got? Grace and violence, victory and defeat. Is football a metaphor for life, or just the bread and circuses of our time? Colossal is an epic event that impossibly merges the worlds of football and dance, loss and recovery, and the toughest act of all: being yourself. Read the Press Release. 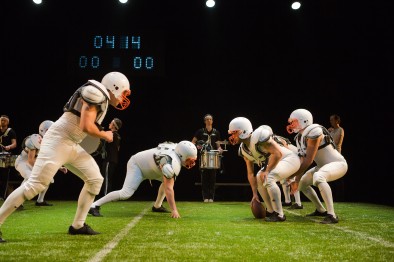 The team lines up for the first snap of the game. 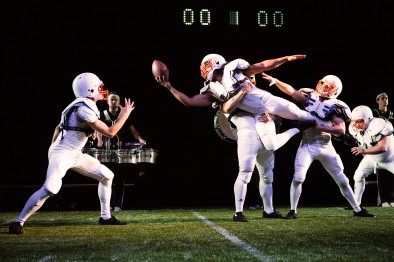 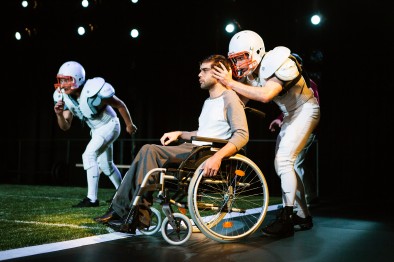 Mike, in a wheelchair, (Jason Stojanovski) and his younger self (Thomas Gorrebeeck*) view playbacks of the defining play that changed his life. 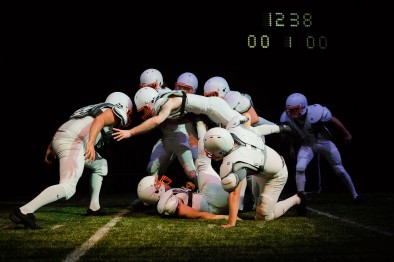 A replay of the life-defining play. 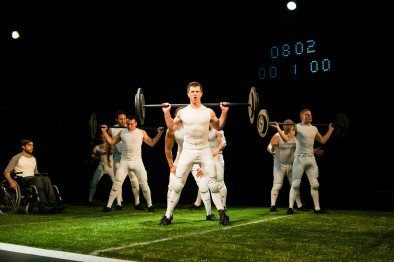 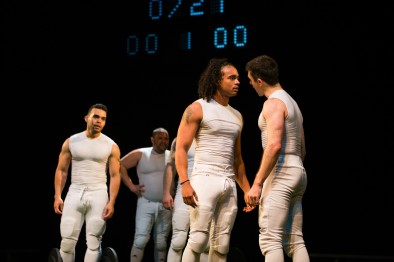 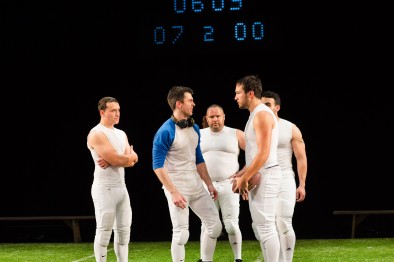 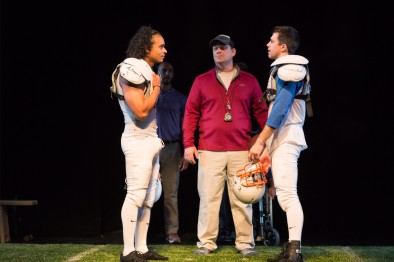 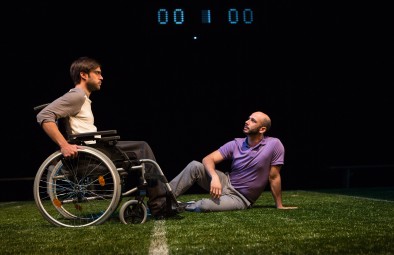 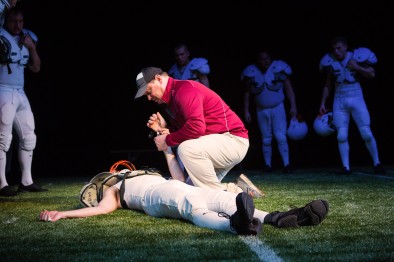 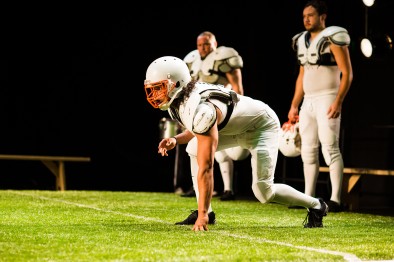 Marcus (Cameron Matthews) lines up for a drill as his teammates (Travis Santell Rowland and Jacob Hsieh) look on. 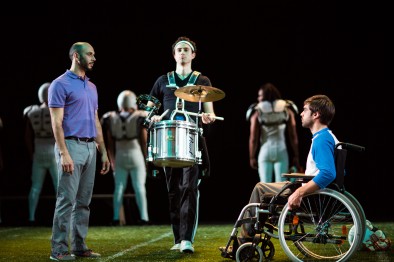 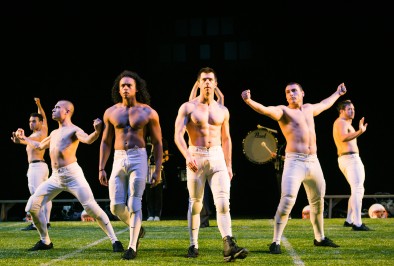 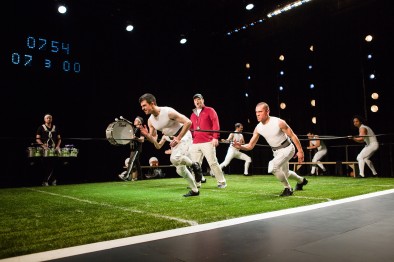 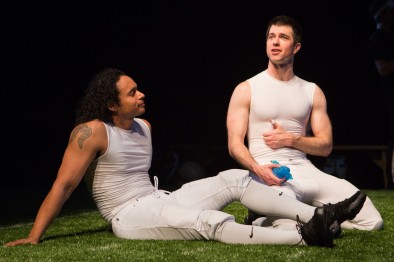 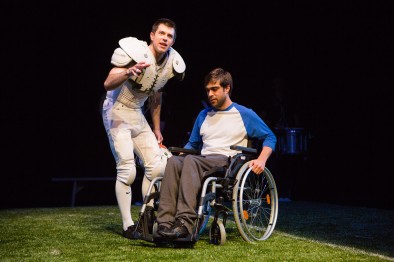 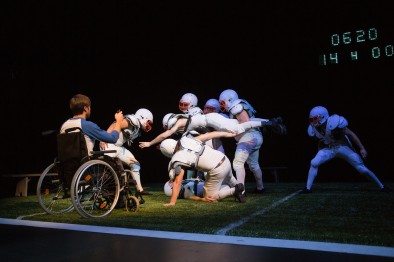 Mike, in a wheelchair (Jason Stojanovski), re-watches the play that changed his life. 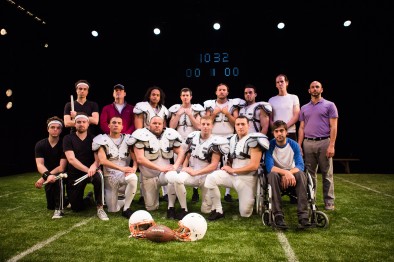 The Cast of Colossal. 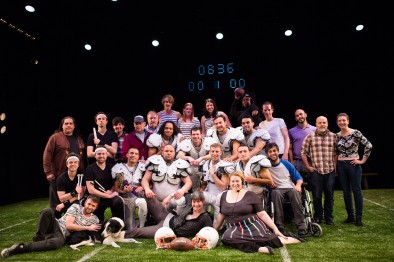 The Cast and Crew of Colossal.