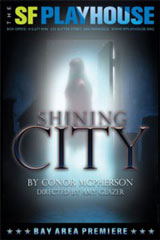 Shining City opened on Broadway in 2006 where it received two Tony Award nominations, including Best Play and prompted the London Telegraph to describe Conor McPherson as ‘the finest dramatist of his generation…’. Set in present-day Dublin a man seeks help from a counselor, claiming to have seen the ghost of his recently deceased wife. However, what begins as just an unusual encounter becomes a struggle between the living and dead-a struggle that will shape and define both men for the rest of their lives. In this contemporary ghost story, Conor McPherson explores what it means to lose faith-in God, in relationships and in one’s self. Read the Press Release 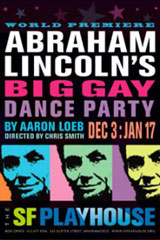 What if President Lincoln was gay? Would you have to rethink everything? As we re-imagine our national identity in the 21st century, Aaron Loeb’s World Premiere deconstructs our greatest icon in this hilarious farce. Told in three acts–the audience decides the order—with a nod to Inherit the Wind, a “Trial of the Century” determines the fate of a rural third grade teacher who outs Abe as gay at the annual Christmas Pageant. Abe and the rest of the cast dance in styles from Ballroom to Salsa, and yet, the title belies the seriousness of the play’s ambition to address our deep national divide and bring red and blue states together to redefine what it means to be an American. 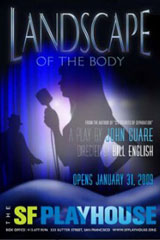 Part comedy, part mystery, part musical, this urban fantasy by John Guare (author of Six Degrees of Separation) moves back and forth in space and time to create an affecting study of the American dream gone awry. A childlike woman comes to New York to look for a lost sister and unwittingly assumes her identity while the sister croons a musical counterpoint from that piano bar in the stars.Read the Press Release 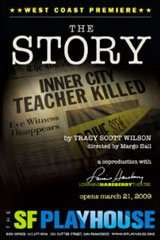 Inspired by real-life events, an ambitious newspaper reporter goes against her editor to investigate a murder and finds the best story…but at what cost? Wilson explores the elusive nature of truth as the boundaries between reality and fiction, morality and ambition become dangerously blurred. Originated at the Public Theatre featuring Phylicia Rashad and directed by Loretta Greco, the NY Times called it “conscientious and absorbing”. The Story is inspired by the Janet Cooke scandal at the Washington Post in 1981 where Cooke won The Pulitzer Prize for writing about an inner city child, Jimmy, only to later admit the story was fraudulent.Read the Press Release 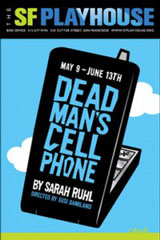 by SARAH RUHL
directed by SUSI DAMILANO
May 9 through June 13, 2009

An incessantly ringing cell phone in a quiet café. A stranger at the next table who has had enough. And a dead man-with a lot of loose ends. So begins Dead Man’s Cell Phone, a wildly imaginative new comedy by playwright Sarah Ruhl, recipient of a MacArthur “Genius” Grant and Pulitzer Prize finalist for her play The Clean House. Dead Man’s Cell Phone, is an odyssey of a woman forced to confront her own assumptions about morality, redemption, and the need to connect in a technologically obsessed world.Read the Press Release 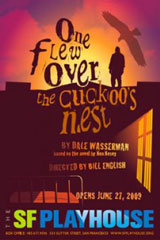 One Flew Over the Cuckoo’s Nest

by Dale Wasserman
directed by Bill English
Based on the Book by Ken Kesey
June 24 to September 5, 2009, opens June 27