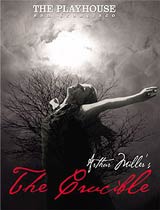 The season kicks off with The Crucible, A masterpiece from the sure hand of the late Arthur Miller, one of America’s greatest playwrights, The Crucible sets the story of one couples love, betrayal and renewal against a town seized by the hysteria of the Salem Witch trials of 1692. Arthur Miller’s allegory cuts to the heart with its revelations about the destructive power of fear, and the courage it takes to make a stand. 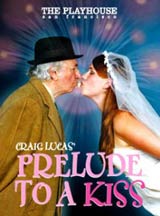 Prelude to a Kiss

An old man; A young bride; A kiss. Snuggle up for the holidays with this charming, modern fairy tale that explores the enduring power of love. A Broadway hit about a storybook wedding gone awry, Prelude to a Kiss was made into a film starring Meg Ryan, Alec Baldwin and Sidney Walker, and can now be seen live, on stage starring bay area comic veteran, Joe Bellan at the SF Playhouse! 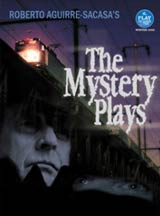 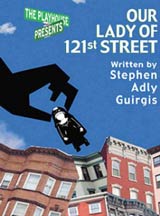 At last this provocative play from one of the hottest new playwright in New York, Stephen Adly Guirgis, receives a West Coast Premiere! Discovered by Philip Seymour Hoffman, who directed the breathtaking debut at the Public Theatre, Guirgis’ world is gritty, yet familiar. A memorial for the beloved teacher, Sister Rose brings together former schoolmates who unearth memories, seek forgiveness and re-forge splintering relationships. With trademark intensity, Guirgis brings a unique, urban style to this moving and hilarious story about the power of responsibility. 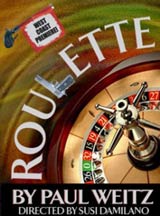 The New York Times proclaims Roulette a sure bet! “A sharp-tongued, broken-hearted and seriously funny new play.” In the West Coast premiere of this hilarious play, a suburban father decides to spice up his humdrum life by playing Russian roulette, loosening his family’s handle on reality in the process. Roulette is the latest silver bullet from the mind of Paul Weitz, the hot Hollywood screenwriter renowned for blockbusters like About A Boy, Antz and the American Pie trilogy. Now his genius comes to our stage with a bang! 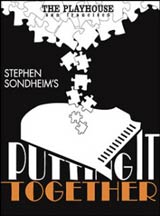 The SF Playhouse has announced that its summer show, Putting It Together by Stephen Sondheim, will open its new theatre at 533 Sutter (across the street from its current location, which is undergoing a retrofit.)
Putting It Together is a revue with a difference. A revue that tells a story. A show that covers one night and forty years and showcases over 30 of Sondheim’s most memorable songs from such Tony Award-winning classics as Company, Follies and A Little Night Music. Originally produced by Cameron Mackintosh and first performed on January 27, 1992, at the Old Fire Station Theatre in Oxford it starred Diana Rigg. Later, and after edits and re-writes, it came to Manhattan in 1993, starring Julie Andrews. There was a subsequent 1998 Los Angeles production starring Carol Burnett, which went to Broadway in 1999. On Broadway, Kathie Lee Gifford replaced Carol Burnett at some performances.
Putting It Together is set at an all-night, black-tie party, where battling spouses flirt with infidelity, singing of their bittersweet loves.