From the Empathy Gym | Any Given Sunday 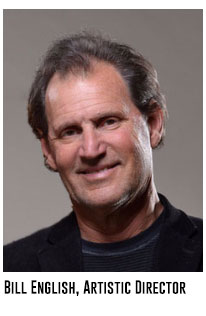 These days, on any given Sunday, it seems that in my neighborhood, there are more people at Starbucks communing with their laptops and smartphones than attending services at traditional houses of worship. Our opportunities to feel connected to something greater than ourselves or to each other have dwindled. Many say that the theatre is dying too, but at least in my experience here in San Francisco and in the San Francisco Playhouse lobby, there is a thriving demand for live theatre performances.

Can theatre fill the gap left by the declining interest in religious services and institutions that once bound us together as a community? I believe that yes it can – absolutely. And unlike traditional houses of worship, the theatre is fully inclusive – everyone can belong. The theatre community can serve even the most iconoclastic among us because theatre has no required set of beliefs. No dogma. No epistemology. No metaphysics. Its neutrality can be its biggest asset in attracting the widest possible group of people. No one can be excluded or required to swear to uphold any particular belief system.

Two of my favorite religious concepts that I like to borrow for the context of theatre are: testify and witness.

Old Testament prophets used to testify. They felt they had received a truth about something essential to their people. Words came to them which they felt compelled to share. It’s as if these prophets had special antennae through which they could directly hear the word of God. I consider playwrights to be our modern-day prophets. Playwrights have sensitive antennae attuned to our society and culture that reveal to them essential truths that most of us fail to notice. Playwrights translate these revelations into plays. They prophesy to us, the people. Shakespeare, Arthur Miller, Lillian Hellman, Edward Albee, Annie Baker, Rajiv Joseph – they all offer prophesies of our times. Artistic Directors search the world over for the voices of playwrights like these whose testimony we, as a society, need to hear. 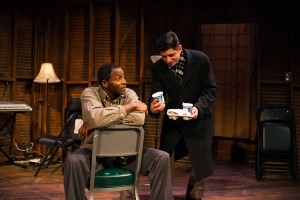 Actors also testify. They are like the priest who interprets the prophecy of the playwright. They do this by advocating for their characters. They beg, implore, plead us to see their character’s Truth. Great actors convince us that their character’s perspective is valid and worthy of our consideration. The deeper in trouble a character may be, the more deeply conflicted, the more mired in struggle, the more the character needs the testimony of a skilled actor. Skillful actors never judge. Because they are profoundly devoted to the prophet, actors stand up for their character, right or wrong with single-minded devotion. Even though we, as the audience, witness the stories of mere fictional characters, they spring to life from the pen of the playwright who has, with her antennae, divined wisdom and insight from what seems like thin air. Actors physically embody these prophecies, which allows us, the audience, to experience the playwright’s wisdom and insight ourselves. And when the show closes, we ache, sometimes for months for loss of these make-believe characters to whom we feel so connected and devoted.

And we are the witnesses. I’ve never been a big fan of the word “audience.” It seems much too passive for what happens in the best of theatre. When I go to a play, I think that I am bearing witness. The witness has a responsibility –to see. To feel. And to embody. In the world of religion, the witness hears the word of God and goes forth to become an apostle, to spread the word. In the theatre, we the audience witness audience hear the words of the prophetic playwright as interpreted by the priestly actors.

What would happen if we, the audience, took our role as witness as seriously as the apostles did? I imagine a community of audience witnesses who, when they hear the words of a prophetic playwright testifying as to the value of each human being, they respond by bringing others to bear witness and hear the message as well and to carry it to everyone in their community. If today’s actors can effectively testify to the insights of the playwright and our audiences can embrace their role as witness, then theatre will not wither and die, but instead, theatre will thrive by binding us together and healing the wounds of our splintered and alienated society.