From Blues to Broadway 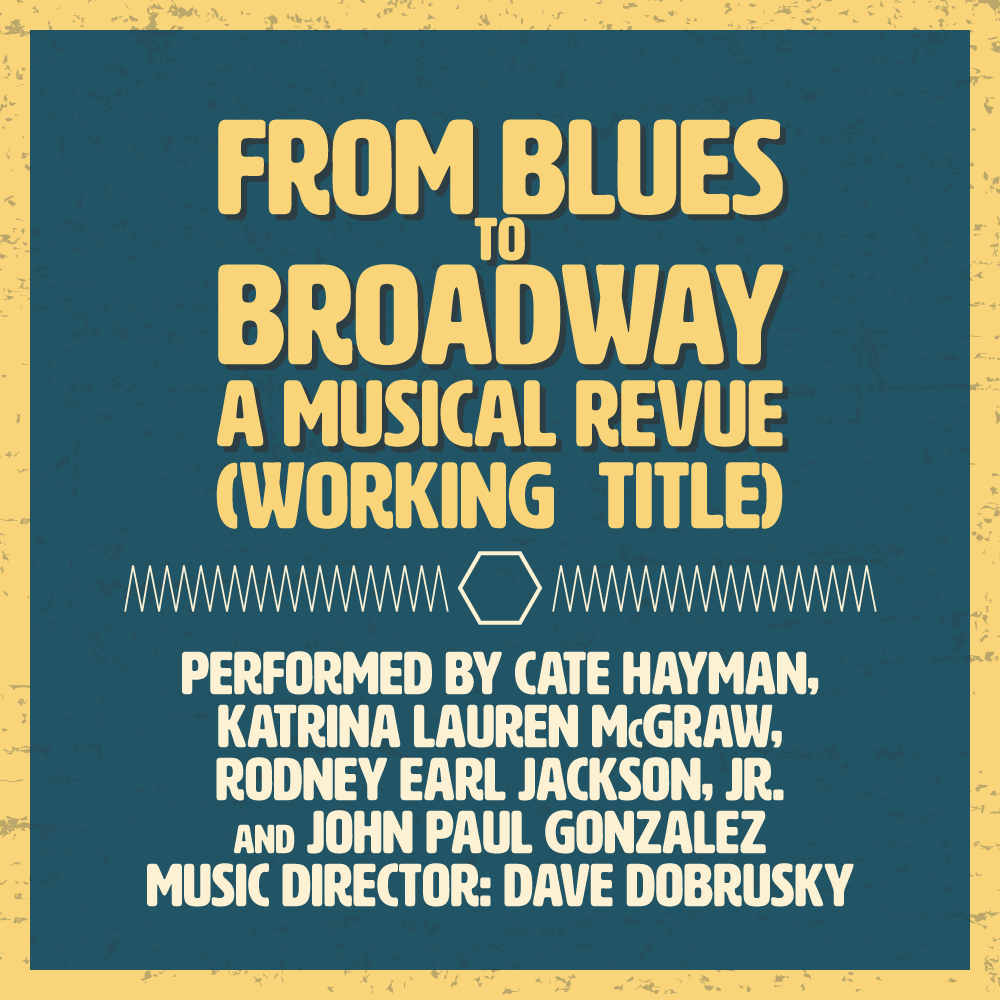 From Blues to Broadway (Working Title)

Dave Dobrusky is proud to have been associated with the Playhouse for thirteen years with credits including Groundhog Day the Musical, A Christmas Story, La Cage aux Folles, Company, Into the Woods, My Fair Lady, and Putting It Together, plus San Francisco Bay Area Theatre Critics Circle awards for Sunday in the Park with George and Man of La Mancha. Dave is also the resident music director at 42nd Street Moon where he has played, conducted, arranged, and orchestrated dozens of uncommon musicals since 1996 including 110 in the Shade, Dames at Sea, Me and My Girl, Ain’t Misbehavin’, No, No, Nanette, New Girl in Town, the world premiere of Scrooge in Love!, Most Happy Fella, The Boys from Syracuse, Nick & Nora, The Boy Friend, Do I Hear a Waltz?, Three Sisters, Paint Your Wagon (SFBATCC award) and the cast recordings of The Cabaret Girl by Jerome Kern and Leave It to Me! by Cole Porter. Other Bay Area credits include work with Theatre Rhinoceros, TheatreWorks Silicon Valley, Center REPertory Company, New Conservatory Theatre Center, and In This House (SFBATCC award) at Playhouse West. Dave is from Albuquerque and was educated at the Oberlin Conservatory of Music.

Cate Hayman, a Bay Area Local, recently made her San Francisco Playhouse debut as Sally Bowles in Cabaret! She recently graduated from Carnegie Mellon University. Recent past roles include: Fräulein Kost in Cabaret, The Nurse in Romeo and Juliet, Charity in Sweet Charity. She’d like to extend a special thanks to her family, her teachers both past and present, and Suzanne. She hopes your experience watching the show is… perfectly marvelous!

Rodney Early Jackson, Jr. made his Broadway debut in The Book of Mormon after graduating with a BFA from Carnegie Mellon University’s School of Drama. He was recently seen traveling North America in the 1st national tour of Motown: The Musical. An SF native who was discovered in his public elementary school at age 9 by SFartsEd (Emily Keeler & Danny Duncan), Rodney continued his theatre and performance education at Rec and Park’s Young People’s Teen Musical Theater Company (Diane Price, Anne Marie Bookwalter, & Nicola Bosco-Alvarez) and graduated from the Ruth Asawa School of the Arts’ theatre department (Phillip Rayher). He was last seen at the Playhouse as Kodaly in She Loves Me. @RodneyEJacksonJ